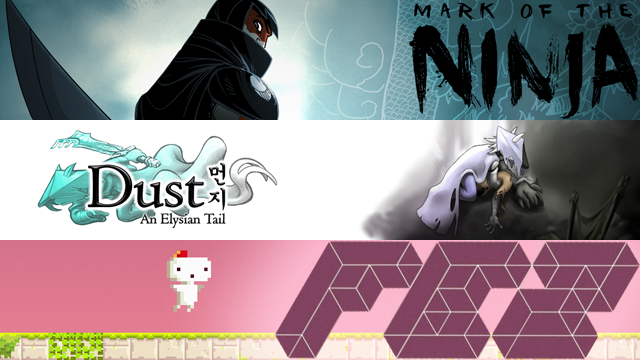 It’s that time of year again — SPIKE TV’s annual Video Game Awards. This year marks the tenth anniversary of the tribute show, showcasing the big names of the industry and offering a glimpse of what we can expect in the upcoming calendar.

Among the usual suspects, the Best Independent Game category is chock-full of fantastic Xbox Live Arcade titles that made a big splash this year. Mark of the Ninja, Dust: An Elysian Tale, and of course, Fez, occupy the majority of the ballot while the PlayStation exclusive Journey rounds out the list. Though this category is voted on by a panel of judges, you’re encouraged to visit the site and let the advisory board know which title you think deserves the award.

Head on over to the Best Independent Game category to cast your vote, or check out the panel of judges. SPIKE TV’s “Video Game Awards” will air live on both Spike TV and Spike.com, Friday, December 7 at 9:00pm ET/6:00pm PT.

Which title do you feel should take home the trophy?