The Wardrobe: Even Better Edition Review – Geeking Out

The Wardrobe: Even Better Edition Review – Geeking Out

Two friends go on a picnic but things go wrong when one eats a plum. He happens to be highly allergic and dies on the spot. The other boy flees the scene, scared and feeling guilty. In this adventure, you play as the deceased kid, who is now a skeleton. The Wardrobe: Even Better Edition is an adventure point-and-click game, highly inspired by Monkey Island. If you don’t know what that is, it’s the game that branched off the genre into a goofy comedy full of sarcasm and witty humor. As you point and click around, you discover items that are needed to continue the story. Typically your objective is always to find items, combine them, and use them to progress. It’s a short game if you know where everything is but could be quite a few hours if you’re doing it all for the first time without guidance.

Throwback — One of the highlights of this adventure is all of the Easter eggs hidden within the world. There are tons of them. I believe I recognized most, and I was still finding new ones after three complete playthroughs. Examples are from a lot of different genres of media, including music, gaming, movies and television. It’s not like they just threw them in, they were cleverly placed within the scenery and you can even interact with a lot of them. Some of my favorites were from Halo, Breaking Bad, Donnie Darko, Rick and Morty, and The Matrix. But the real icing cake was in the end when I saw two very funny posters from bands I absolutely love, Korn and Slipknot. I guess seeing things you really enjoy triggers something in your brain to cause happiness, even if it’s poking fun at everything.

Humor Me— The reason to really play is for a good laugh. The entire story is farfetched and filled with absurd situations. There’s never a dull moment and the voice acting is just right for the tone they were going for. It’s not for the faint of heart though. A few of the jokes are bold, if not questionable, but you know it is all in fun. I would compare it to some stand-up comedians. Some things may shock you – but you’ll laugh anyway. The real bonus is how they use the “geek” culture to add humor. Like I said before, there are tons of references. When you click on the mask from Crash Bandicoot, your character chimes in how they always just remaster the franchise instead of creating new installations. Clicking on things is always fun to do, just to hear what is said.

Quick Travel — Getting around the world becomes even easier when you get past the first chapter. You discover locations and are able to open up a map and just choose where you want to go. I found myself using this frequently to save on time. Load times are almost instant too so it’s much faster than walking. Besides the map, whenever you see an arrow pointing to a different screen (another area), you can double click and it warps you there. No slow-paced walking for this skeleton. It makes backtracking a whole lot less painful. What’s kind of fun is that they have an achievement where you have to play through the story without skipping stuff.

Now What? — I don’t always like things being too easy but I almost feel the difficulty was a bit high. It’s a relaxing, slow-paced game where you cannot fail. Figuring things out can be very challenging. They often don’t make a lot of sense. An early example is when you obtain a knob. You must get the screw out. In a previous section, there is a blow torch. It might make sense when you know this information but normally when you see a torch you think of melting something; there’s even an Ice Age acorn frozen nearb). It took me quite a long time to try using the torch on the knob. Of course, afterward, it all makes sense. But there are no objectives in the menu. You just kind of roam around and do things hoping they work. Very rarely will an NPC ask for something in particular and you know it’s what you must do. Otherwise, most of the game is all guessing and trying random things.

Having so many jokes and references to all things “geek” must have taken a lot of brainstorming, research, and hard work. Of course, everyone will enjoy seeing these things, there’s actually more to it. If you look at the story, beyond all of the jokes and Easter eggs, you will see something special. Even after death, Skinny (the dead character) not only doesn’t blame his friend for his death but still has his back. He wants to explain that if the friend doesn’t speak about what happened, he would be on a road to a bad place in the afterlife. It’s about forgiveness and also about taking care of the people you love. Surrounding this sad storyline is a comedy, the medicine to sadness and depression. The only downfall was the difficulty. I’ve played a bunch of point-and-click games based on Monkey Island and always had an objective or at least an idea of what I had to do. I could figure it out in a reasonable amount of time. Here, I was lost more than a few times, trying to combine and use items on everything in the world. Besides that, which some people will absolutely love, I definitely enjoyed my time exploring the geekiest world I may have ever been to in a video game.

The Wardrobe: Even Better Edition was published by and developed by CINIC Games on Xbox One. It was released on May 5, 2021, for $19.99. A copy was provided for review purposes. 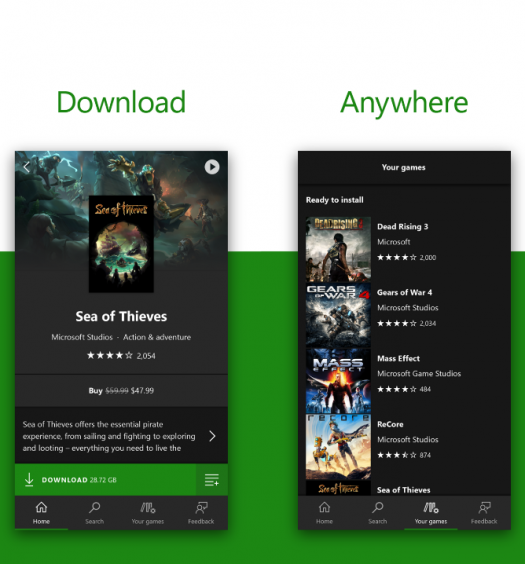