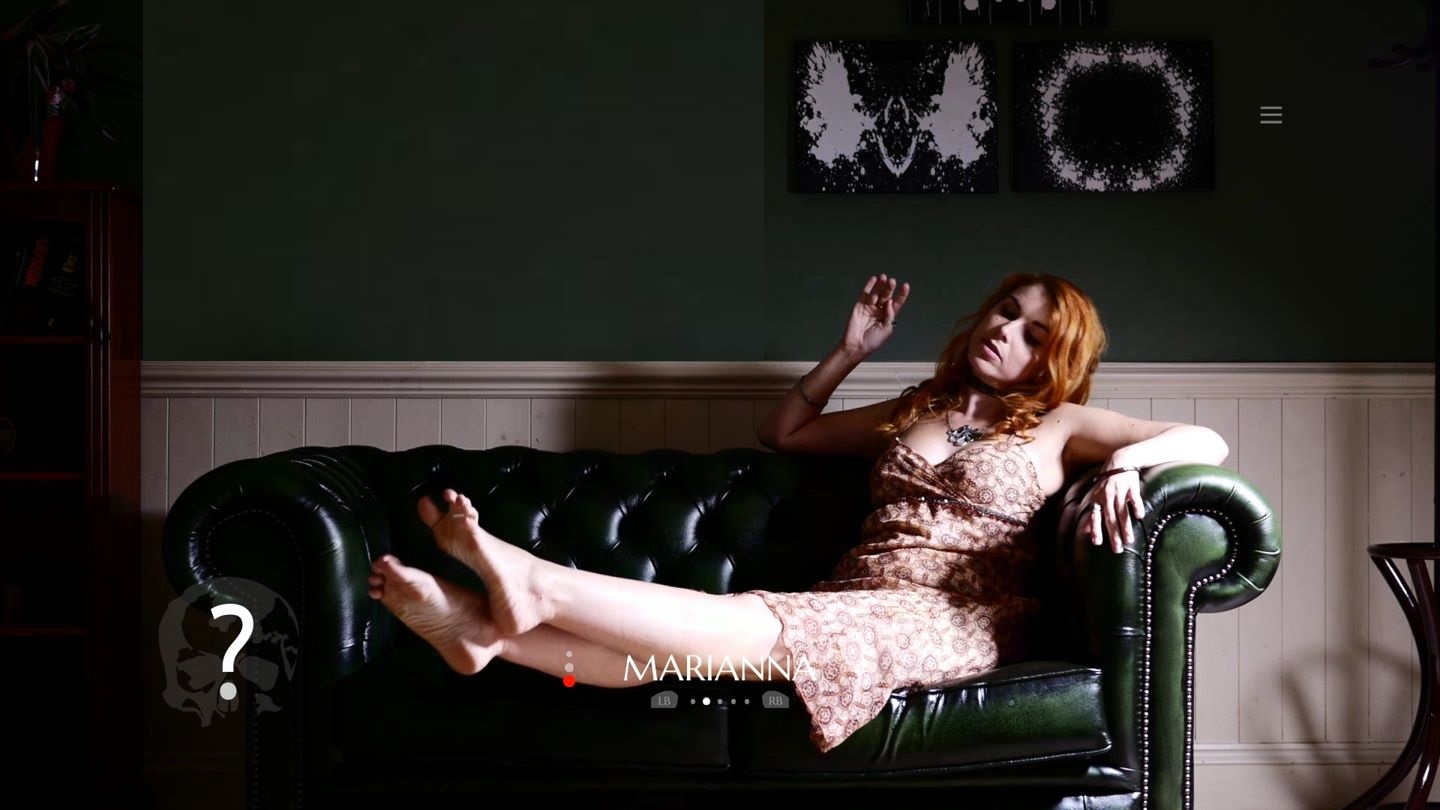 Try to imagine just how difficult it would be for someone to prove their innocence or to prove someone else’s guilt. Except instead of all sane individuals being questioned, it is a group of patients seen by a psychiatrist who’s been murdered. Some come across as normal everyday people with serious issues, while the others feel outright insane. In The Infectious Madness of Doctor Dekker, you are the new psychiatrist to the office. It’s up to you to interrogate the previous doctor’s patients in an attempt to find the one responsible for murdering Doctor Dekker. Your tools include questions you can ask the various characters along with notes of each character’s comments throughout the sessions, hints in case you feel stuck and a log that allows you to review questions previously asked.

Each day you’re given a set number of people to interview. On the first day, you’ll only be dealing with the five patients. On the second day and onward, the doctor’s assistant Jaya will be available for interview. She can give you information regarding the other patients, which will help give you a basis for different questions. Jaya is also a suspect, so you are also required to interrogate her whereabouts on days and different details between her and the doctor. Between days, interesting events happen based on different characters, such as being in a dream state with one character or potentially repeating an instance that never seems to end unless you ask the right questions. After several days, you’ll be required to make an accusation. Successfully accusing the right person will end the game and allow you to play again. Each time you play, the guilty person changes. Think of it like a game of Clue, where you only need to guess who did it, and not where they did it and with what weapon. 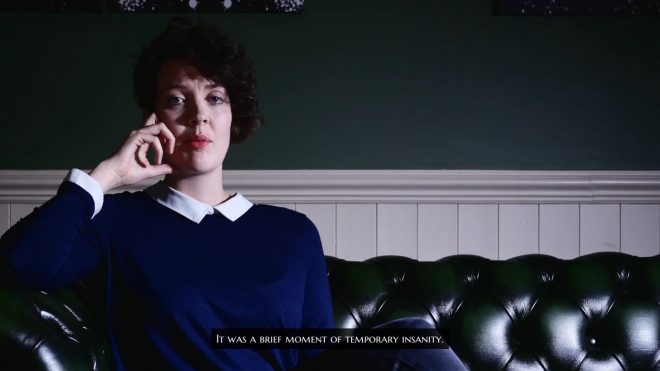 Variety of Characters – With a game that bases around the idea of interviewing many different patients seen by a now-deceased psychiatrist, had we been presented with nothing but normal people the game would have gotten stale fast. Thankfully, the six different characters we are introduced to all have something interesting to bring to the table. Nathan seems to believe he is constantly reliving the same day. Marianna deals with random blackouts and waking up in exciting places. Jaya seems to be the only normal one, but certain things she says make you feel she’s hiding a more profound, darker secret. These are just a few of the several characters we meet and delve into their minds. There are also a few side characters that are temporary and can be interviewed during certain days. They provide interesting information about specific characters. The performances of the actors are incredible and really sell each character feeling real. 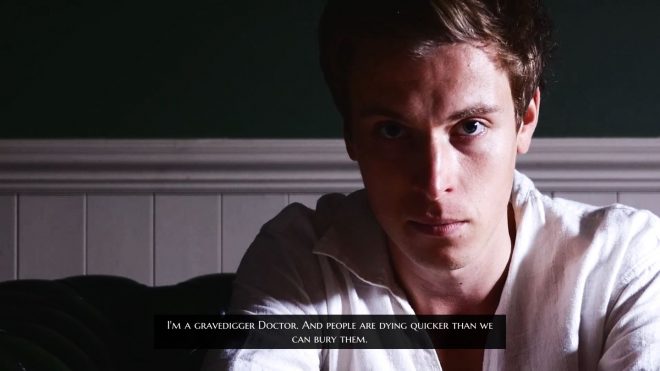 Unclear Result – Every interesting statement made by a character during a conversation will be logged in your notes. The questions can be asked again for a recap on what characters said as well as their reaction, just for a refresher. After so many days, you’ll eventually be given the opportunity to make an accusation. At this point, you can review your notes and go back over different questions you may have asked. You are given the opportunity to accuse any of the six different characters you had to interview. If your accusation is wrong, the person you’ve accused will give you probable cause as to why they’re innocent. Though, the entire system seems flawed. After reviewing the notes during my playthrough, all notes pointed towards Marianna being the likely candidate to accuse. The accusation was incorrect, and Marianna explained why she didn’t do it. Looking back at the notes a second time, the only other possible candidate was Nathan, a man who was caught photographing Doctor Dekker while the doctor was out with patients on dates. Once again, a wrongful answer. After not being able to piece anything else together, it was time to make a random accusation. Given that Claire was so eager about killing her invisible friend named David, it seemed from a psychological standpoint to accuse her. Needless to say, the accusation was, of course, wrong and Claire explained why she was innocent. The final allegation was deemed the correct one. Accusing Jaya the assistant caused her to become aggressive, almost threatening, in an attempt to discourage the accusation. None of the notes even suggested that Jaya was remotely guilty of the murder. Perhaps it’s possible that questions that needed to be asked weren’t or certain questions were only available for a time and were missed, It’s hard to say, although all dialogue options for each character were exhausted before moving onto the next day.

Type a Question – It’s an interesting element for the game to give you the opportunity to type out your own question to ask one of the six different characters. Well, it would be if the system worked right or the game gave you some sort of idea what type of questions to ask. Even with some of the questions provided, the player should be able to piece together other questions from the answers each character provides. Unfortunately, the system doesn’t work that way at all. Trying to ask most questions will leave the player with a general response of “I don’t know anything about that.” from the person they’re asking. The general concept behind the system seems flawed just by the fact that a question doesn’t technically need to be asked. Typing and submitting any certain keywords will trigger a specific response from a character if that word relates to them. Marianna, for example, has issues with waking up from a blackout naked on a beach. Typing just the word “naked” into the question box and submitting it will have Marianna respond with her experiences with blackouts and her uncertainty of waking up naked on the beach. The responses seem relatable to the answers you’re given to the preset questions. It leaves one confused why the system even exists if you get the same result regardless. 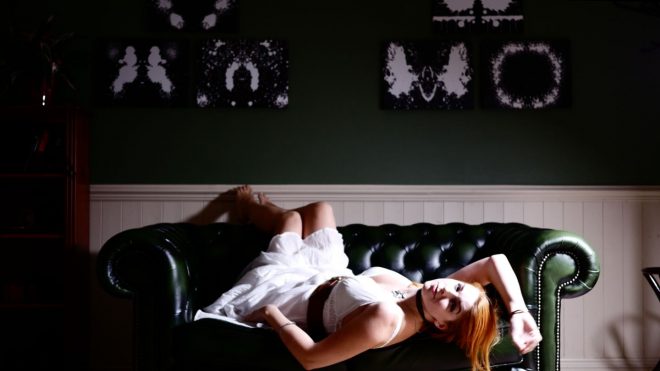 The entirety of The Infectious Madness of Doctor Dekker bases simply around asking questions and listening to answers. Whether the game would appeal to you really bases off of the type of person you are. If you’re someone who’s capable of keeping themselves attentive to a certain subject or matter that bases simply around a question/answer type of format, then you’ll definitely want to consider picking the game up. If you’re the exact opposite, and you’re the type of person who finds their mind wandering due to lack of interest or boredom, it’s probably best to look towards an entirely different game altogether. The Infectious Madness of Doctor Dekker is in no way a bad game and indeed worth playing through even if only once, just for the experience alone if the subject matter interests you.

The Infectious Madness of Doctor Dekker was developed by D’Avekki Studios and published by Wales Interactive. The game released on June 5, 2018, for $12.99. A copy was provided for review purposes. 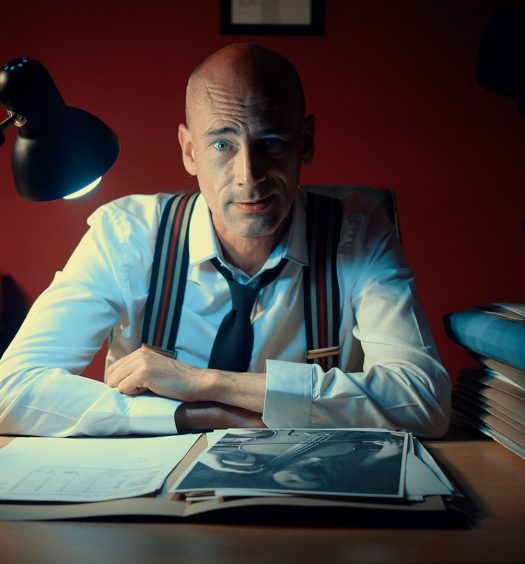