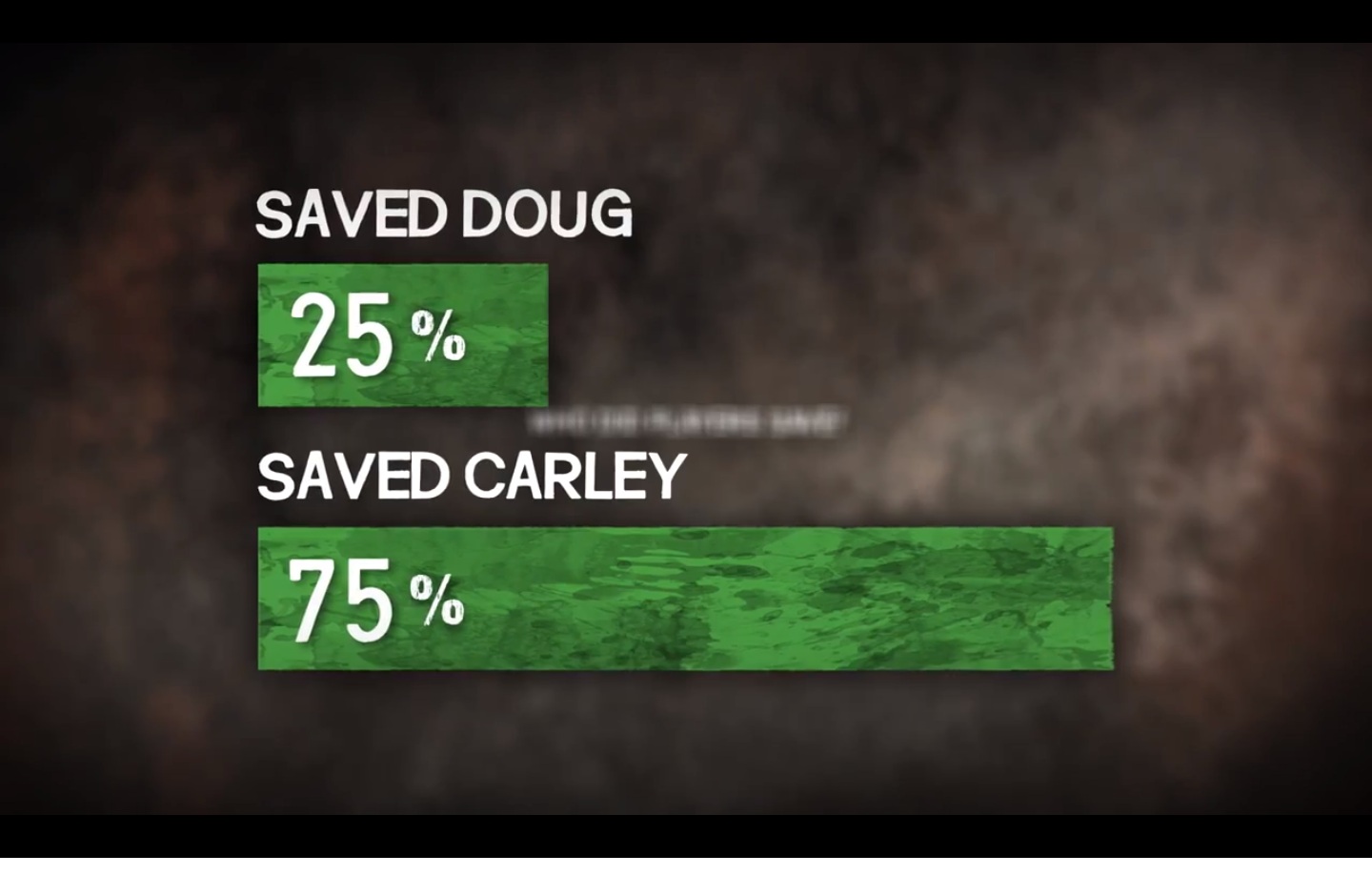 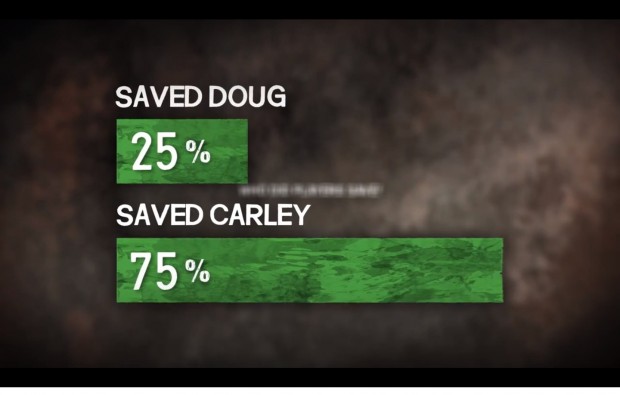 Note: Spoilers for the first episode of The Walking Dead follow — read on at your own risk if you haven’t played through the game’s demo episode (available for free on XBLA).

Phil Kollar at Polygon wrote a summary of a GDC panel in which Telltale writers Sean Vanaman and Jake Rodkin discussed The Walking Dead. Upon completion of each episode, the percentage of players who made each one of the episode’s tough choices is revealed to players. Vanaman and Rodkin reveal that Telltale was surprised to find that an overwhelming majority of players chose to save Carley over Doug — 75% of players rescue Carley when it come time to make that crucial decision.

This is a more complicated issue than a mere difference between gender — Telltale thought it was too easy a solution to merely ascribe this difference to a preference of a gun-wielding girl (Carley) to a techie nerd (Doug). Carley is introduced as an active character that already has a connection to Lee — she is compelling from the start, and players want to know how the connection between the two characters (Carley knows that Lee is a convicted murderer) will play out. Conversely, Doug is presented as a relatively passive character without a personal connection to Lee — there are relatively few opportunities for the player (as Lee) to interact with Doug before the choice between Doug and Carley must be made.

It will be interesting to see how Telltale learns from these types of issues in The Walking Dead as we await the continuation of the story.  The Walking Dead was one of last year’s best games, and a long-awaited revival of the classic adventure genre.  This type of reflection and reaction to the player experience should make the sequel even better.