Back to the Future: The Game

Thanks for joining us again for the weekly round-up of the Deals with Gold. Please remember that all prices listed below require an Xbox Live Gold membership. 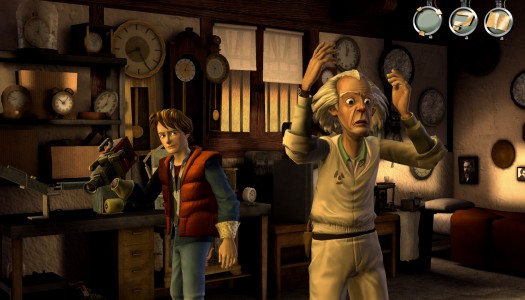 Telltale Games’ Back to the Future: The Game driving onto Xbox One

Great Scott! Telltale Games is finally bringing their classic episodic series Back to the Future: The Game to Xbox consoles. The game is being released on Xbox One to mark …
END_OF_DOCUMENT_TOKEN_TO_BE_REPLACED XBLA’s Most Wanted: Back to the Future: The Game The 80’s were a decade that truly fits the oft-repeated opening line from A Tale of Two Cities: “It was the best of times, it was the worst of times.” On the one hand you had crimped hair, the Chevy Chevette, and leg warmers. On the other there were great bands like U2, Poison and Aerosmith. There were also a handful of truly classic movies. The Back to the Future trilogy was brought to life mostly here, with the third film being released in 1990. It’s a series that plays to so many childhood fantasies, but adaptations to other media have been, well, less than stellar. That is until Telltale Games got hold of the rights.

Back to the Future: The Game isn’t actually a game, it’s five games. In true Telltale format this point-and-click adventure game is split into episodes, much like the Sam & Max games that later were combined into one release for Xbox Live Arcade. In the game you once again live vicariously through Marty as he travels back to 1931 to rescue the jailed Doc Brown. But the changes made in 1931 skew the timeline causing Marty to travel from 1876 through 1986 — and beyond.