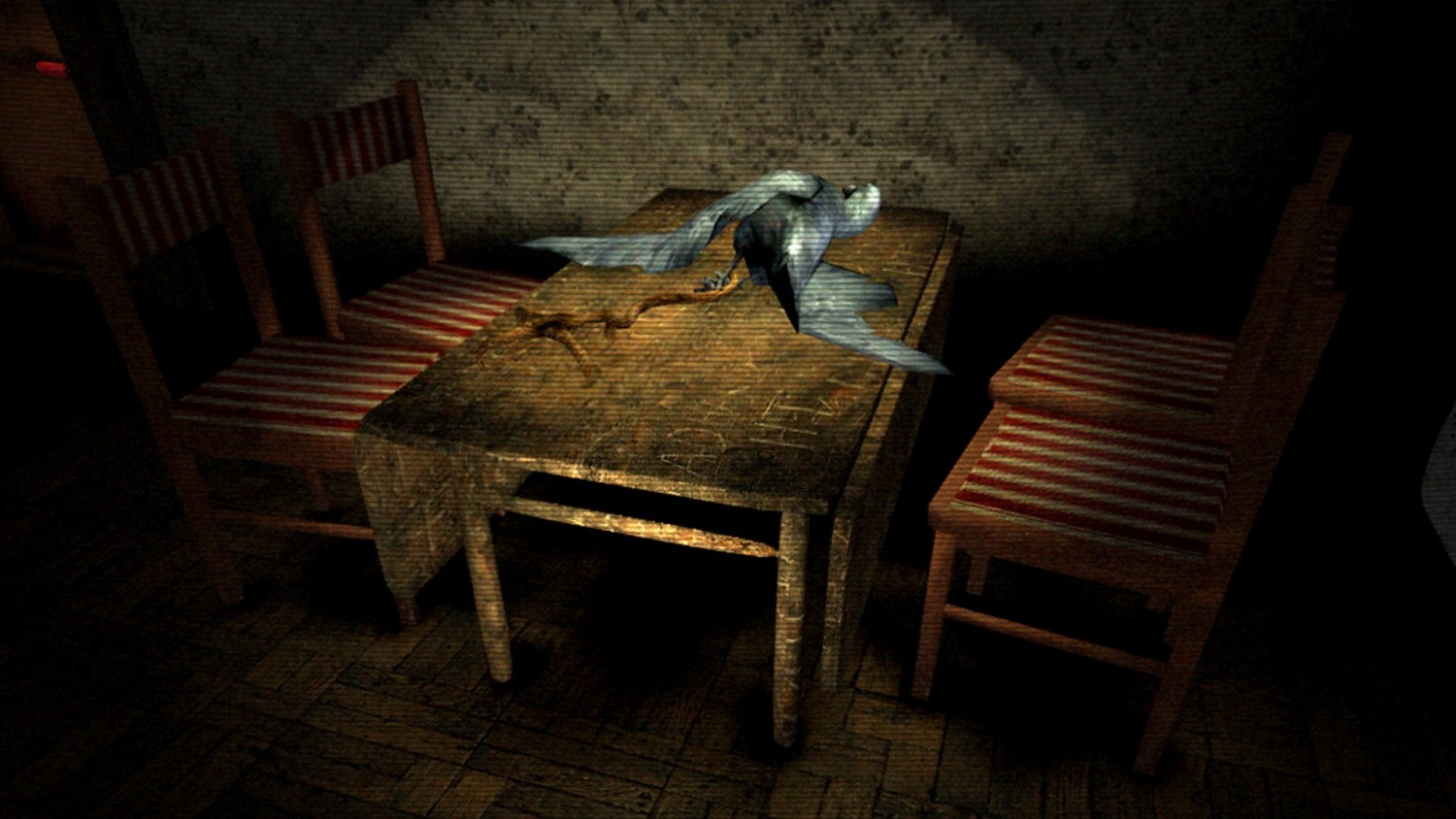 The experience that Sylvio offers is definitely a unique one, as players experience a different take on the horror genre than the normal jump scares and having to run away and hide from monsters. Sylvio, developed by Stroboskop, is a psychological horror game that has players taking control of Juliette Waters, a ghost recorder, who must make contact and record the ephemeral voices of spirits who haunt a land involved with a curse and other taboos. This different take on the horror genre though fails in many regards due to the poor design choices, dated graphics and a lackluster story.

Sylvio gets off to a slow and rather confusing start. Players start out with very little idea on why Juliette is investigating this area and what her purpose exactly is. Even after playing the entirety of the game, I still am not too clear on what exactly the overall plot of Sylvio was about besides a few reoccurring topics. The game will take players around eight hours to complete and the majority of that time will be solving puzzles. The puzzles in the game typically have the player finding a specific item or items to then use on another item in order to get to a new area or get another item. In order to learn what to do or where to find these items, players must defeat spirits that look like black mist balls with a gun that launches material found throughout the game. Once defeated, the spirits can be recorded and offer the player clues to where items are located. This puzzle solving loop gets repetitive rather quickly even though some of the puzzles do get more complex later in the game. The poorly explained story combined with the repetitive nature of Sylvio makes it more of a horror to play than a horror game worth playing. 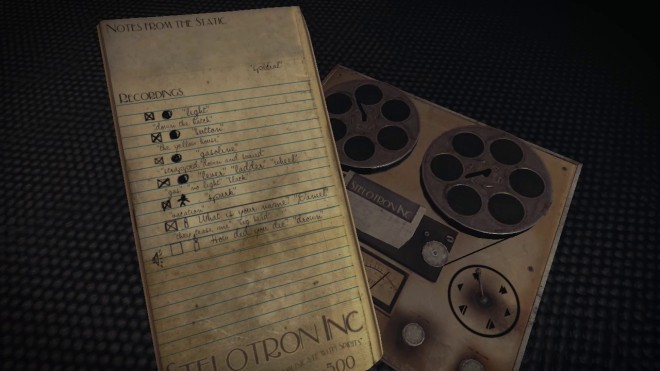 Interesting take on the genre – For the most part, I didn’t find much to enjoy within Sylvio, but the game does contain a handful of interesting ideas and different experiences than most games. The setting of the game is rather unsettling, as the world is filled with a red fog that makes the game feel almost like a dream. In some ways, it reminded me of the original Silent Hill with the dense fog that lowered visibility, but also because of the poor graphics as well. Besides from the disconcerted setting, I also liked the idea of having players record jumbled up words and noises of spirits and having them decipher it. Players will have to rewind, fast forward and slow down the audio of these recordings in order to find the hidden messages they contain. Deciphering these messages are not necessary for the most part, but they offer players a better idea of what exactly is going on and some of the disturbing things that happened to these spirits. It’s one of the few games, if not the only one that I’ve played in which players do a seance to speak with a spirit and get an idea of who they were and what happened to them. Sylvio doesn’t try to copy the popular formula of games like Resident Evil or Outlast, it attempts to tackle the genre in a way that is less about jump scares and more about testing the player’s ability to handle immoral themes and disturbing events. While it swings and misses on many aspects, Sylvio does go up to the plate with a different approach than most, which is one of the few praises I can give the game. 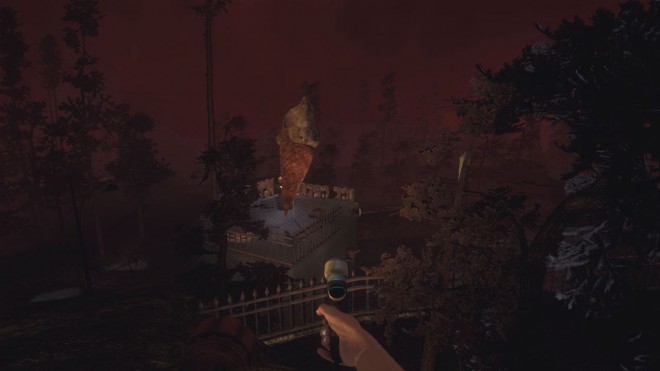 Slow Start –  The game gives players a poor idea of why exactly the main character is exploring this area filled with red fog and spirits. The confusion continues to build up as the game offers a rather poor tutorial on the mechanics of the game and pushes players to learn how to tackle the game’s main gameplay loops by themselves. I don’t have a problem with games not offering a extensive tutorial on every important aspect of the game, but Sylvio thrusts its players right into the game without letting them become acquainted with the core systems or even what the core elements even are. The confusion and poor explanation of what exactly is going on makes the first area of the game a major learning experience that may push players away before things even begin. The slow start combined with the repetitiveness of the game throughout make the game hard to get into and even harder to stick with.

This is a horror game right? –  For being described as a horror game, Sylvio is not very scary or even that tense of a game. While the atmosphere is very unsettling and there are a few ghostly figures that are genuinely creepy, the game overall didn’t really feel like a horror game at all. Hearing the ghostly mumbles and noises from the recordings of the spirits was an aspect that never made feel like, “Oh this is spooky” it more made me feel like “Okay let me just decipher this and move on.” There are pretty much no jump scares or anything else that would put players on the edge of their seat. For a game described as a psychological horror game, the psychological aspect definitely makes sense but I personally didn’t find any section of the game to be all that tense or scary.

It’s okay to speak up – The main character of Juliette Waters is for the most part a mysterious character and some of that is due to her inability to speak at a normal audio level of a person. Every time that she would speak, all I heard was her very quiet mumbling regarding something that happened in the game. The opening of the game has her speaking about something but I found most of it to be extremely difficult to follow due to her quiet mumble voice. Other audio recordings as well had characters that would mumble throughout their entire recording. The audio quality itself was not bad, but the audio levels and the poor voice acting as a whole made it a challenge to follow what the characters were saying. The difficulty I had understanding the characters only added to the already confusing plot of the game and made it a chore to get a good idea of what was going on story wise. Make sure to turn subtitles on if you plan on playing Sylvio.

Dated graphics – I’m not typically a graphics snob when it comes to indie games in particular. However, when the graphics hurt the experience that is a different story. Sylvio, for the most part, looks like a game made in the early 2000’s. The game is not pretty to look at and while the majority of the time you know what you are looking at when you look at an item, there were a few times I wasn’t sure what I was looking at. The dated look does make the setting feel a little more disturbing; however, the graphics when combined with the pretty awful animations you see in the game make the game a tough one to look at. 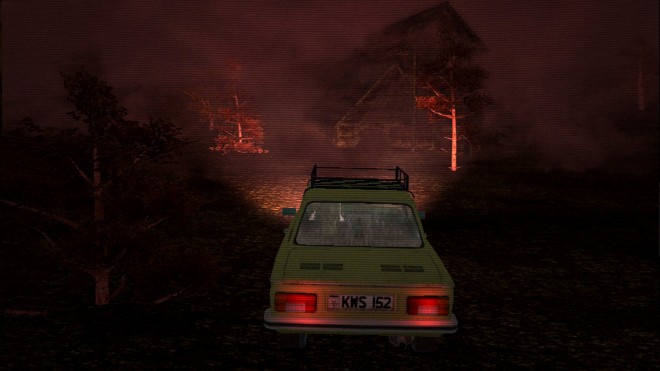 As someone who really enjoys the horror genre, I was looking forward to seeing what Sylvio had to offer. Unfortunately, that was a unique albeit not very enjoyable take on the genre. The story was difficult to follow and the ending left very few questions answered. The puzzles get repetitive and make playing through the game a dull experience, especially due to no satisfying story pieces to offer up to players for completing these puzzles. The horror elements of the game are not very horrifying, as the most horrifying aspect of the game was Sylvio’s dated graphics itself. Overall, Sylvio is game that is tough to enjoy and most players will find very little to get out of the experience besides frustration and confusion.

Sylvio was developed and published by Stroboskop. It was released on Xbox One on January 13 2017 for $12.99. A copy was provided for review purposes.