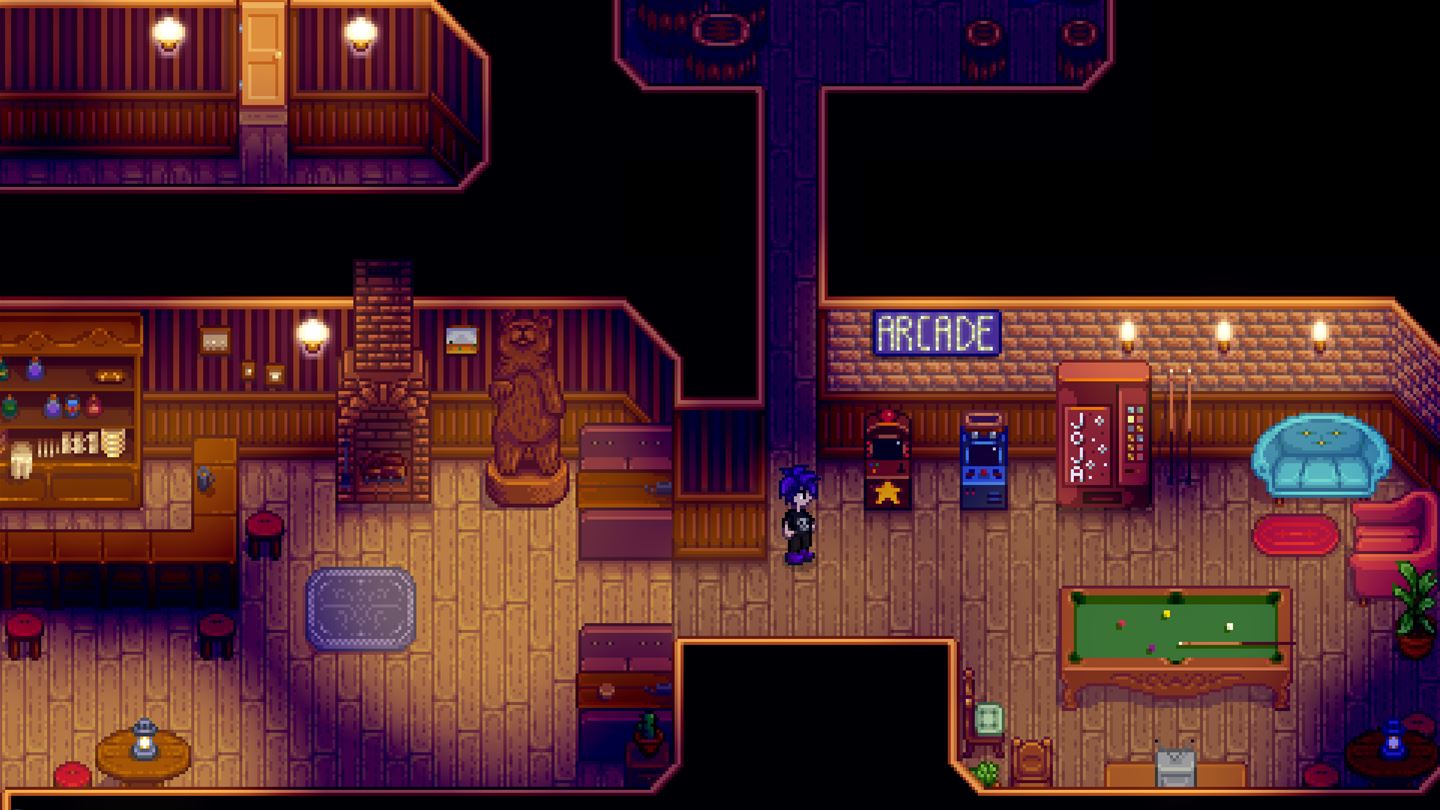 When I first heard about Stardew Valley, I was reasonably certain that it would be an utterly hateful imitation of its obvious inspiration: the Harvest Moon series. Thankfully (as is often the case where labors of love are concerned) I could not have been more wrong, and it’s clear that solo developer ConcernedApe is as keen to enhance and expand upon the farming simulator blueprint. To that effect, Stardew Valley takes the basic formula of running and revitalizing a dilapidated farm, socializing with townsfolk and producing goods for sale, and introduces crafting, fighting, questing and a variety of other features to flesh out the overall experience.

The basic gameplay is very similar to that of the Harvest Moon games, albeit with a more broad selection of animals and vegetables to produce. Stardew Valley allows the player to develop and expand at their own pace across a perpetual timeline, but it doesn’t offer much by way of hand holding. You’ll quickly learn how to do obvious things like till the earth, plant seeds and water the seedlings, but there is plenty to discover through reading item descriptions or watching television (in the game.) Other things must simply be learned through trial, error and common sense. Not a lot in Stardew Valley happens by accident, so should you decide to bend your will to a particular pursuit, you can always be reasonably certain of a predictable outcome. The one area where this is not strictly true is in socialising with other townsfolk, but more on that later. 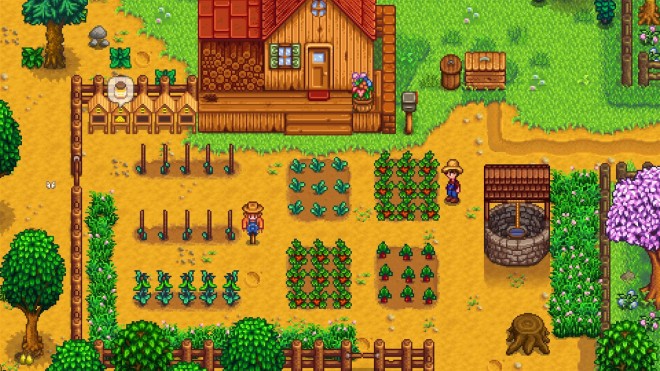 Still waters run deep – Cute and accommodating as it may appear to be, Stardew Valley is a game with incredible depth. Many dedicated PC gamers have sunk hundreds of hours into the game, and I have no doubt that Xbox One players will do the same, and still won’t have seen everything that the valley has to offer. Agricultural farming features loads of plants and vegetables to choose from, each of which has different requirements for growth and harvesting. The same can be said of livestock farming, which features numerous animals and ensures that the player considers their needs carefully before making the investment. That’s just the tip of the iceberg though, and players can also fish, or seek out forage throughout the valley, or they can simply delve into one of several caves to locate valuable ores and minerals. Wherever the player sources the basic materials, there are many ways to increase the value of the product that finally ships to market, including (for example) making beer, or artisan pickles and jams. Then there is crafting, the social system (which is a bit limited, as you’ll read below) and countless other things to sink your time into.

Sweet as honey  – Once you become engrossed in Stardew Valley, it becomes incredibly difficult to put the pad down. A day plays out like this: you’ll get up at about 06:00 and no matter how big your farm, you’ll probably complete the basic farming duties by about 10:00. You’ll be happy with that though, because as soon as you’re into the swing of things, you’ll have an agenda of your own anyway. You’ll already be planning your hunt for wild garlic, or aiming to get to the fifth level of the dungeon with the new sword you crafted the night before. It’s incredibly addictive, and referring back to my previous comments about the depth of the game, I can’t imagine how any two playthroughs would go the same way (beside the application of similar best practice for choosing and growing early game veg, for example) because as soon as you find the spark that sets you off on a particular path, you will want to bend your will to see that path through to the end. 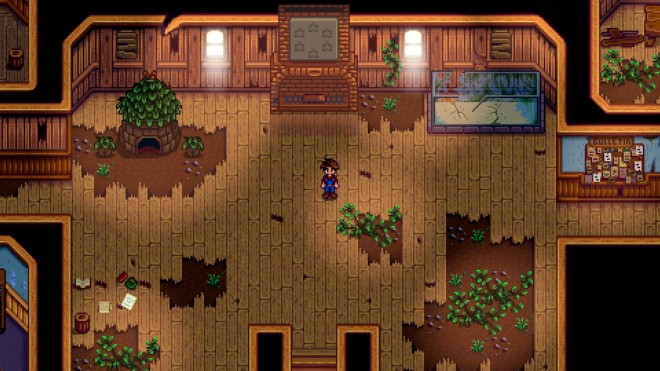 Antisocial network – When interacting with townsfolk in Stardew Valley, it is unfortunate that the game offers only basic, cryptic dialogue which all leads to the same outcome; if you give people stuff they want, then they will like and ultimately fall in love with you. Marriage and potentially children can follow, should you wish. In a game as detailed as Stardew Valley is in all other areas, the social system feels lacking, and it is verging on offensive to think that in 2016, you can simply “buy” yourself a husband or wife by giving them shiny stuff. This is one area where the game misses completely in my opinion, and I simply haven’t felt incentivised to follow through on the social aspect of the game in the same way as I did with the rest.

Changing seasons – This is a relatively minor criticism because I have few, but because the game is so broad, it is hard to reach a definitive endgame in Stardew Valley. There are certainly plot lines (such as marriage, house upgrades or agricultural success) that you could consider to be major events, and there are some other more traditional quest completion milestones that I won’t spoil here, but the game is hard (if not impossible) to finish. You could definitely achieve one or two major goals over several weeks of play, but I’m not sure how long it would take to achieve all of the notable completion events – probably forever. 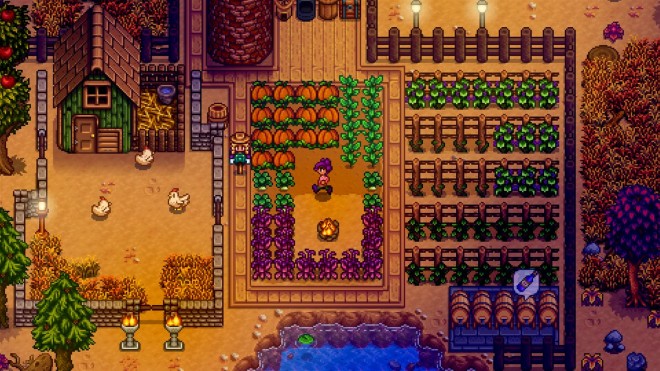 I often complain about games that are shallow or short and expensive, which is a major pet hate of mine. When it comes to Stardew Valley, I feel the opposite. This game is $14.99, but it should be $30, or even $40. The game is vast, detailed and nearly impeccable in every way, with perhaps only the social element lagging behind the rest. It is every bit as feature packed as the AAA rated games that it is similar to, such as Harvest Moon and Animal Crossing. I’ll be playing Stardew Valley for a long time to come, and I genuinely hope that this review inspires you to pick it up and do the same, because this is one of the finest examples of passionate, empowered independent video game making I’ve ever come across.

Stardew Valley was developed by  ConcernedApe and published by Chucklefish on Xbox One. It released on December 14, 2016, for $14.99. A copy was provided for review purposes. 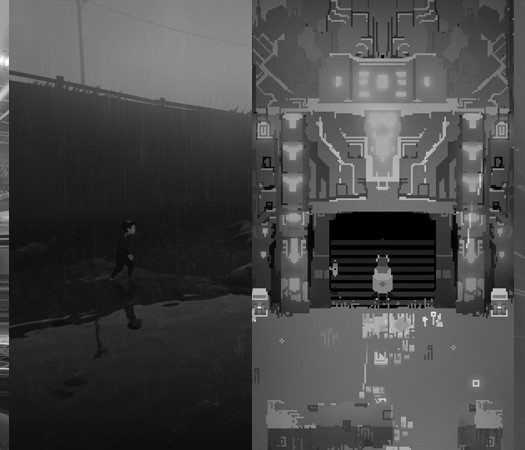