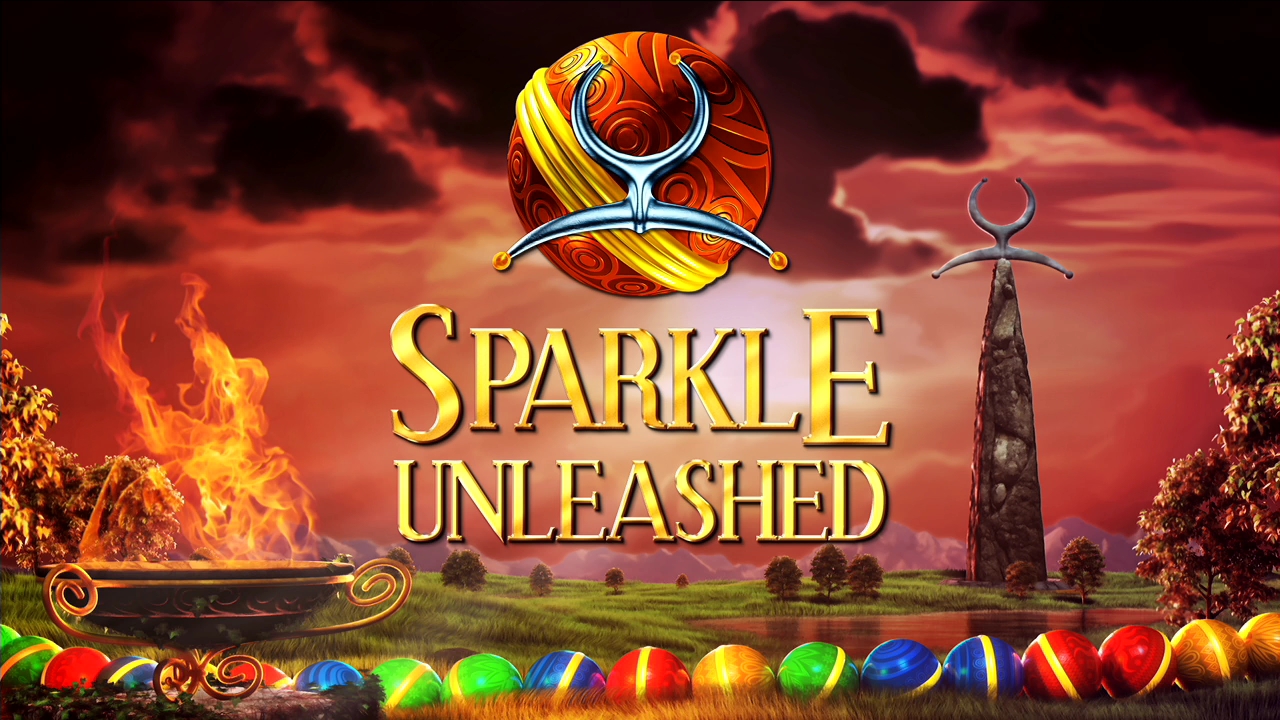 Sparkle Unleashed was developed and published by 10tons on Xbox One. It was released on June 3, 2015 for $7.99. A copy was provided by 10tons for review purposes. 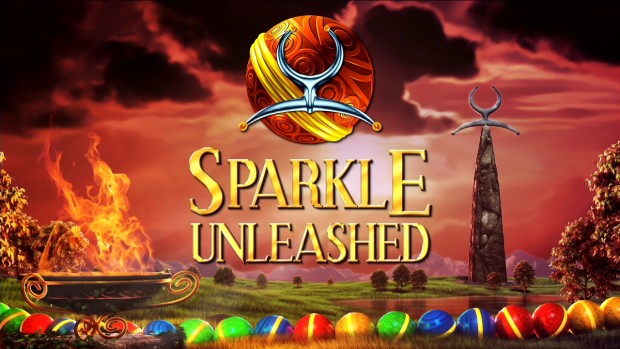 In a competitive market with many games vying for consumer purchase, I can’t find a single major fault to Sparkle Unleashed. Every feature is well-crafted, and there isn’t a wasted step in its motion. The graphics are aesthetically pleasing, and the music reminds me that a magical world can exist right at home. So can I cut this review short and recommend you buy it right now? Not quite.

Sparkle Unleashed is a puzzle game in which the player shoots colored balls into matching, moving colored balls to remove them from the play area. The balls on the field are constantly moving forward and will try to reach an end (that varies per level) to cause the player to lose. Some level layouts will feature multiple tracks from which moving balls may appear. As you complete levels, you’ll eventually reach scripted locations that allow you to choose to upgrade power-ups. It’s a simple but solid system that invites players to keep, well, playing. 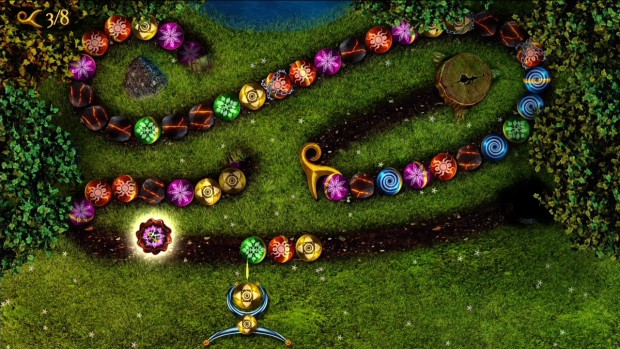 Color Blind Assist — This simple feature is constantly overlooked in many color-intensive games. In this case, Color Blind Assist changes smooth-looking marbles into more vibrant versions with shapes attached to them. I’m not color blind, but I feel like the game looks better with the option on, and it allows everyone to join in on the fun.

Music — Sparkle Unleashed‘s music is best described as an experience that whisks you away to the magical world of Harry Potter…with balls. This lighthearted and whimsical soundtrack tries to tickle your fancy without overpowering your concentration. Admittedly, it does start to get repetitive after awhile.

You’ll be here for awhile — The main game features occasional story elements and what feels like a never-ending amount of levels to complete. After that, two additional difficulty levels exist that provide more challenges to the player. If that isn’t enough for you, Sparkle Unleashed also contains a Survival mode with 21 levels that have to be unlocked and that test your mettle with relentless waves of action. Overwhelming amounts of challenges are available to keep you occupied. 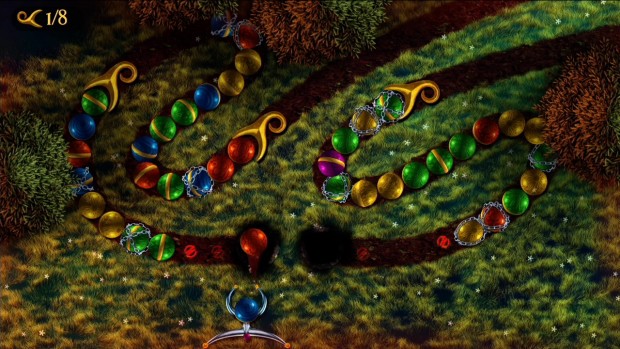 Locked ball — This is entirely a personal preference, but I dislike the concept that balls with chains on the field only remove the lock when matched up and must be matched a second time to fully remove it. Having to match the same obstacle twice is disruptive to the flow of Sparkle Unleashed.

I’ve seen this before — More precisely, I’ve seen this exact concept and gameplay in Luxor and, to a lesser degree, in Zuma. I’m not a fan of clone games that do very little to distinguish themselves from other games in the same genre. It’s not hard to do everything correctly when other games have laid out the foundation for success ahead of time. I would have liked to see something new that makes this game unique and not a Luxor 2 redux. Been there, done that. This is a great game without an original bone in its body. Rather then dismissing it completely, though, I want to point out that the music sets an enjoyable atmosphere for a puzzle environment. Also, Sparkle Unleashed is the first game of its kind on Xbox One. That’s a victory, right? If you’re a fan of Luxor, you’ll feel right at home here.

Achievement notes: Unfortunately, I don’t have enough experience to give full details about this game’s Achievements. It’s safe to mention that there was no difficulty select option on the first playthrough, so it looks like all difficulty levels are unlocked separately. Gaining five stars on all survival levels will also be a test of patience as well as the difficulty ramps up significantly.