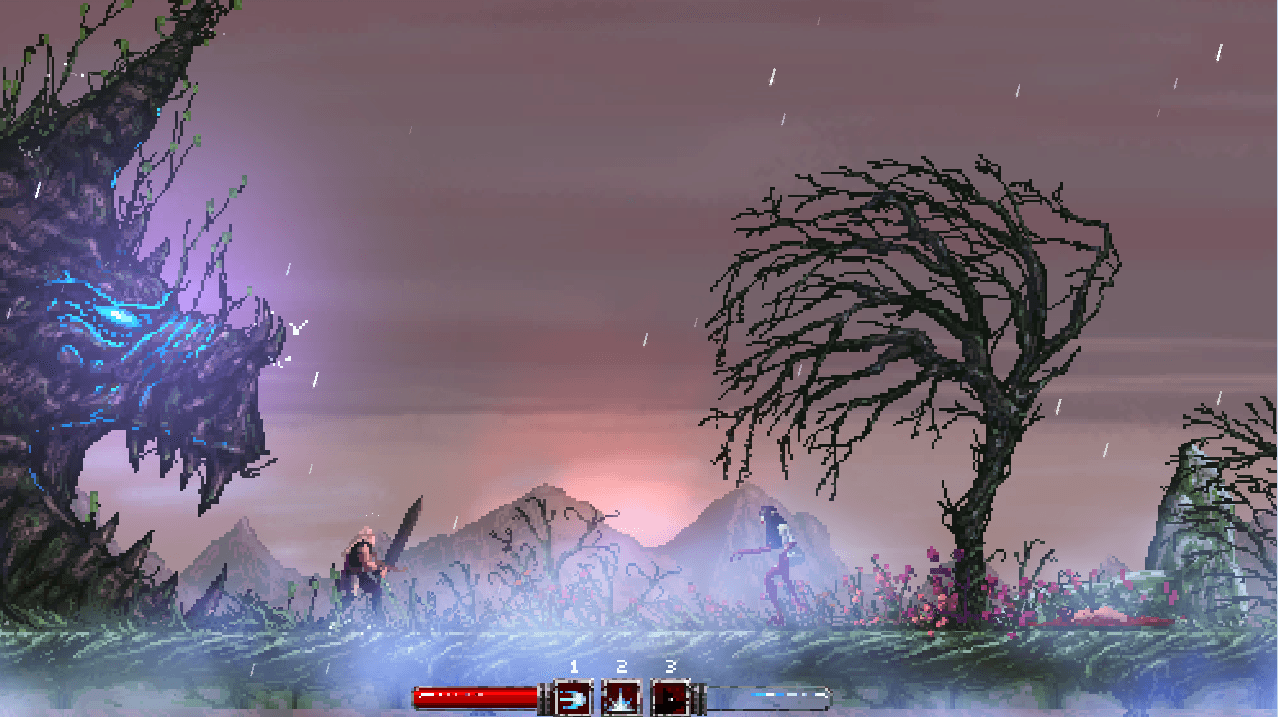 Slain: Back From Hell Review: Death metal and glory

Slain: Back From Hell Review: Death metal and glory

As a child of the 80s and 90s, I grew up in love with all kinds of entertainment – but there were two kinds in particular that held a special place in my heart: heavy metal and impossibly hard Nintendo games. The music and artwork of bands like Iron Maiden, Judas Priest and Megadeth, as well as games like Castlevania and Ghosts & Goblins were some of my favorites. Slain: Back From Hell comes along and mashes them all together into one glorious package.

Slain: Back From Hell is an old school side-scroller with the artwork style of all those amazing heavy metal album covers. Ghouls, demons, skeletons and all manner of mystical monsters stand in the way of our long haired, muscular sword wielding hero as a heavy metal soundtrack recorded by Curt Victor Bryant (formally of Celtic Frost) blasts in the background. Does the mixture of awesome elements add up to an awesome game? Hell yes it does. 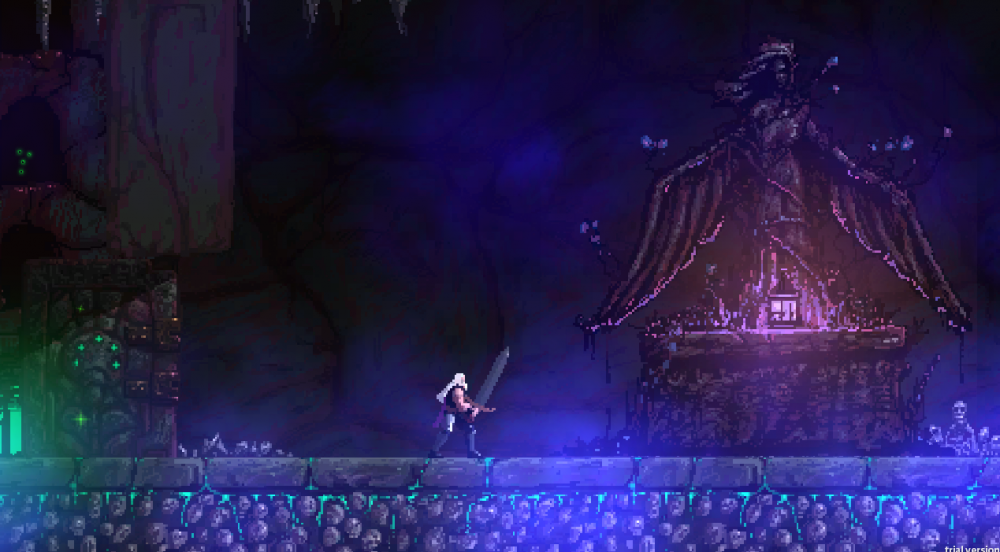 Metal For Life – The style of this game is absolutely impeccable. It screams metal at every turn from the graphics, the character design, the weapons, monsters, music and death animations. Even the story sounds like something straight out of the liner notes of my favorite classic metal albums (or a J. R. R. Tolkien novel, which are kind of one and the same). Everything is beautifully done with an attention to detail and an appreciation for the source material that it is clearly so inspired by.

Classic Gameplay – Slain plays like many classic platformers of the 8-bit and 16-bit eras. The controls are spot on and simple enough to get you right into the game-play, while still having a little bit of depth to keep you improving your skills. While there isn’t a huge variety to the attacks, things feel fresh due to the constant back-and-forth switching of swords (certain elemental swords are better suited for specific kinds of monsters).

More visual and audio praise – We don’t usually have two bullet points reserved for what the game looks and sounds like, but both the visuals and audio really deserve it. Aside from the awesome style the game is clearly going for, the graphics themselves and the music are both top notch. This game is lovingly rendered with a classic arcade look that captures the essence of those great old games, while staying also beautifully new. The music, while never over-powering, is classic metal and fits the graphics perfectly. 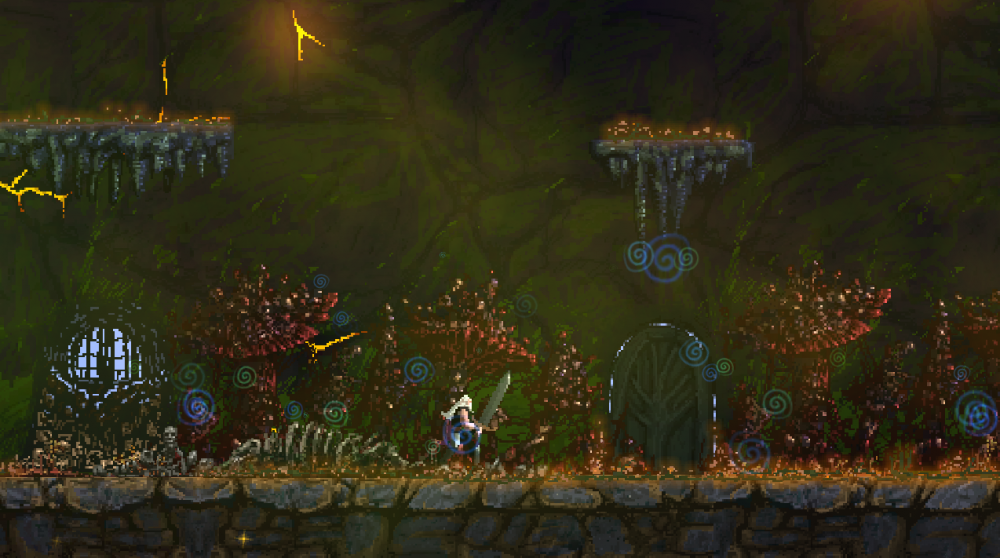 Variety – There was enough thrown at me during the adventure that I really can’t complain too much about the lack of variety in the game-play, but it is definitely something worth bringing up. Ability upgrades would have been a nice touch, or possibly some alternate magic spells. And there’s really only one secret per level to keep you coming back for more. But even with the nitpicking, there’s some great boss battles to mix things up and some cool running segments too. So all in all, there really is enough variety to get you through one play-through but likely not enough to make you come back for more.

Difficulty – This is also one of those things that really isn’t so much a negative, but I’d have loved to have had options for difficulty. Throwing you in at a controller-throwing difficulty level might not have been my first choice. Then again, in the old days, we didn’t have much choice of the matter either, so maybe that’s a specific decision the developers made to force you to have that kind of experience.

I loved this game. It was really hard and made me want to throw my controller and cast some kind of evil wizard spells on my Xbox, but it was a ton of fun. The graphics and design are all perfect for what the designers were going for, and there’s enough variety to keep things fresh and interesting for at least one play-through, even if a little more variety would have been a nice touch. The game is a total throwback to the days of Castlevania (and not the “Metroidvania” style games that have been so popular the last decade, but truly the original Castlevania game and other similar action-platformers). For any gamer it’s an easy recommendation, but especially if you have fond memories of your old Iron Maiden album covers (or better yet, if you had some posters on your wall)… then you need to play it.

Slain: Back From Hell was developed by Wolfbrew Games and published by Digerati on Xbox One. It was released on October 20, 2016 for $14.99. A copy of the game was provided by Digerati for review purposes. 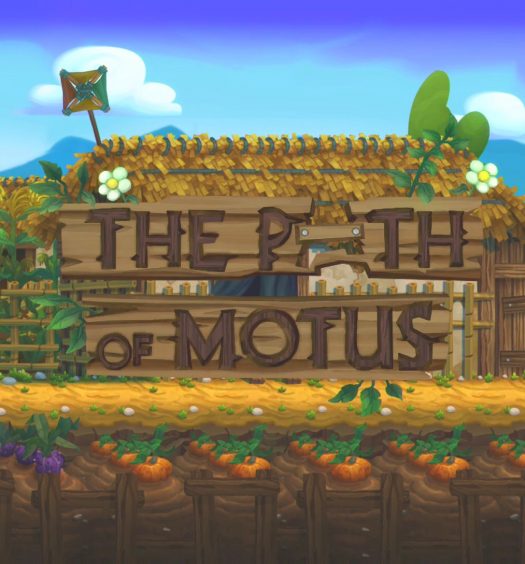 2 years ago
ReviewsXbox One Reviews