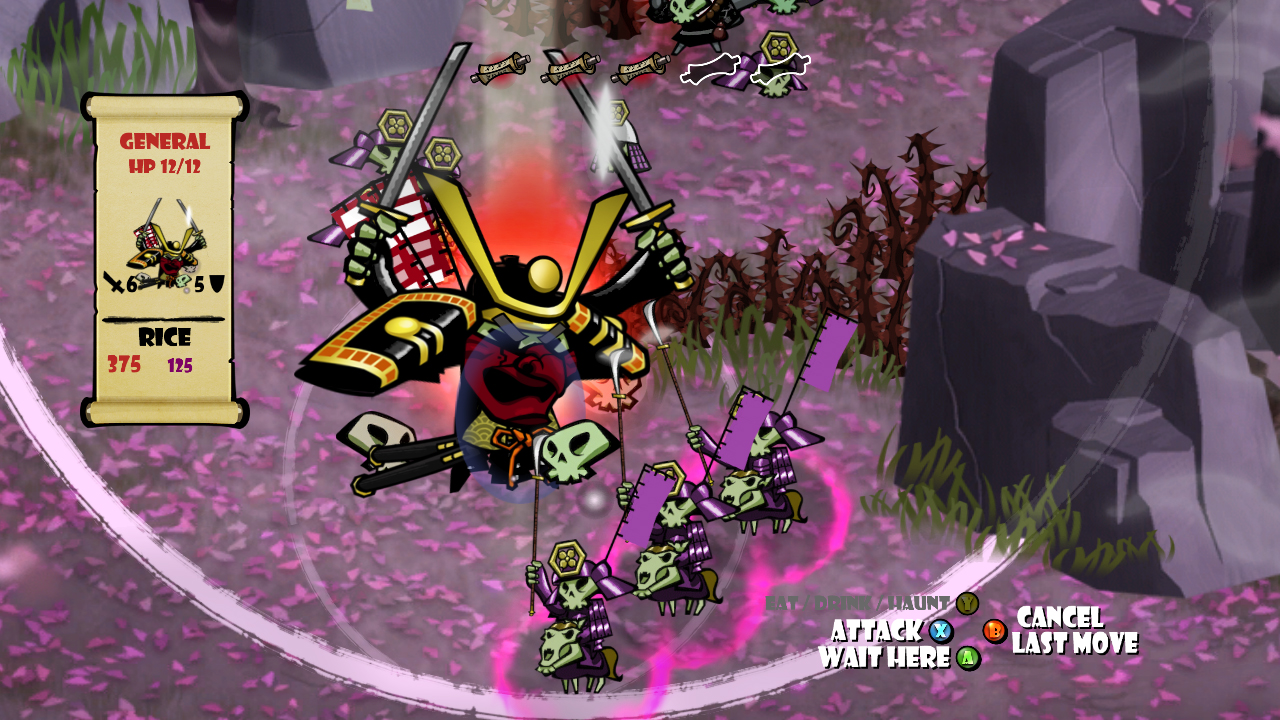 Skulls of the Shogun coming January 30

It’s been a long time coming. After years of waiting and numerous delays building up our anticipation, it’s almost here. Developer 17-Bit announced today that its undead strategy game, Skulls of the Shogun, which has just recently passed Microsoft certification, will be released January 30, 2013 on XBLA for 1200 MSP. The game will release simultaneously across all Windows platforms, allowing for cross-platform play at launch. 17-bit has been struggling with getting Skulls‘ multi-platform release ready, but now the game is finally ready to make its way into the hands of players.

If you want to learn more about the strategy game, check out our preview here. General Akamoto’s quest to become Shogun has almost begun; the end of the month just can’t come fast enough!