The title update and compatibility pack failed certification when Microsoft uncovered a “must-fix bug” that had been present in the game since it launched in April of 2012. Because the bug had existed for almost two and a half years without issue, Lab Zero requested that Microsoft forgot requiring a fix, but the console holder denied the request.

Speaking on the game’s forums yesterday, Lab Zero announced that the bug in question has since been fixed, and that the new content has been re-submitted to Microsoft for another pass at certification. The studio’s best estimate is that Eliza will be made available to Xbox 360 owners within two weeks.

Eliza’s in-game abilities include manipulating her own blood to shape-shift into a number of Egyptian cultural icons and mythological symbols. She can also summon a pair of bodyguards and dislodge her skeletal parasite to perform attacks. Lab Zero claims that she’s one of Skullgirls‘ most versatile characters yet, and that her story mode is the most comprehensive. 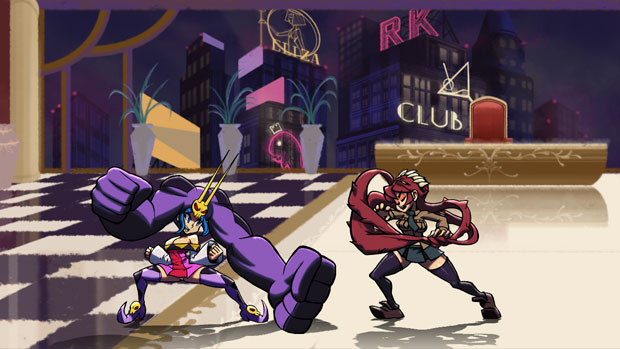