As mentioned, Signal is already enjoying many benefits from the current arrangement, such as having New Gods be first titles to get Smart Glass functionality. “We are currently using Smart Glass as a way to help augment the features in the main game,” he explained. “Similar to a dynamic Bradley game guide where a user can see more information on a 2nd screen which would be helpful to them on the 1st screen. We are also exploring ways to make this more interactive by the time we release. We also have a mobile game that is separate from Smart Glass and completely connected to the console game. All of these packages interact with each other in discrete, but connected ways. It’s pretty cool to get a message from your friend on your phone, pull it out, and push a button that sends a gift of loot to their console game.”

Between Microsoft’s tablet/mobile app and Nintendo’s Wii U touchpad, the Second Screen was front and center at last week’s Electronic Entertainment Expo. Although the boys up in Redmond are going to be integrating functionality with those rising gaming platforms into Xbox titles, many in the industry have predicted the eventual death of consoles thanks to the proliferation of cheap mobile game releases. Albright doesn’t believe the success of any one platform necessarily means another must wane and eventually become completely irrelevant, though.

“I don’t subscribe to any one idea,” he told Games Industry International. “I don’t think retail is dead, I never thought PC was dead, I don’t think consoles are dead, and I don’t believe it would be easy to make money on IOS. It’ s odd to me that people argue that mobile or downloadable games are going to kill other markets in a few years. We are nowhere near the point where broadband and wireless is accessible and consistent enough to handle that shift.” 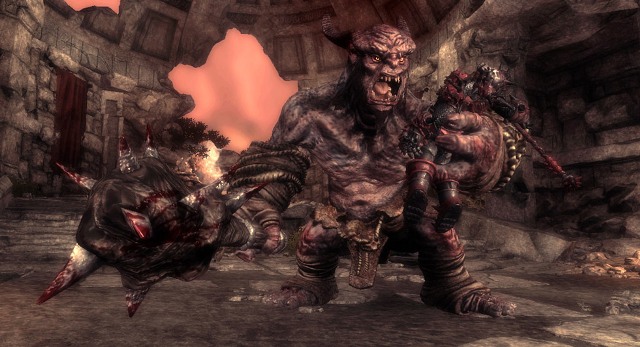 Since it was rolled at the end of 2011, the newest iteration of the Xbox dashboard has been the subject of some ire from gamers and XBLA and XBLIG developers. For his part, Albright said that he doesn’t pay it any mind as a developer but found it initially confusing as a user, though he eventually warmed up to it. “It’s never been easy to find Arcade or Indie games on Live,” he said. “Curiously, most Xbox users don’t even know Arcade exists so I am sure burying it further isn’t helping. Obviously, it’s great to be featured in the dash and the more people download your game, the more it will sell. There’s no doubt that when Toy Soldiers is prominent in the dash there’s a huge uptick in sales. That said, just because someone can find your game doesn’t mean it will sell. You still need those conversion rates.”

One of the features in Ascend: New Gods that Signal is hoping to leverage in converting prospective buyers into actual buyers is its parallel multiplayer. He summed up the basic idea behind the mode as not being alone when playing single player. A multiplayer single-player game sounds like an oxymoron. Albright offered some clarification.

“We wanted to expand this idea and come up with ways that players could affect each others games, asynchronously or synchronously, in compelling ways,” he explained. “There’s still a storyline, RPG systems, etc in the game. However, eventually, the whole game slowly becomes one big dynamic war between 3 factions that a player can either participate in actively to gain prestige in the world or not. Either way, your actions have an effect on the global outcome of the game and everyone’s game is in some way affected dynamically by the combined actions of all players. This doesn’t mean that we subject players to some jackass coming into your game and griefing you constantly. That would be counter to the point.”

The mode was on display on the show floor at E3, where attendees could send packs of attacking wolves into the world of another character to impede his progress. But the other player doesn’t necessarily have to fight them off: he can use an ability to send them right back into the world of the player from whence they came. Conversely, the other character would send a healing station into the world of those playing the demo, showing off a different type of interaction for those who wish to play nice. Albright told Games Industry International that there would be “hundreds” of options like that in the final game. In addition, he explained that all game stats are tracked and fed back into what he called the “MetaWar.” The data gathered then affects which of the three factions (Light, Dark and Void) has the upperhand in everyone’s game.

Before wrapping up the interview, Albright responded to a question about the rumors of New Gods being the first freemium title on Xbox Live Arcade. His response was suspiciously coy. “I can only say that we are exploring alternative business models!” Earlier this year, Microsoft’s Michael Wolf, global marketing manager for XBLA, said his employer would bring free-to-play games to the platform if they had the right content. Could Ascend be that new content? Maybe, but if it is, Albright isn’t ready to say so. 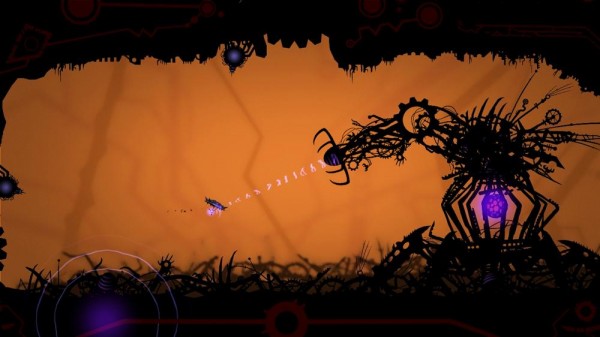