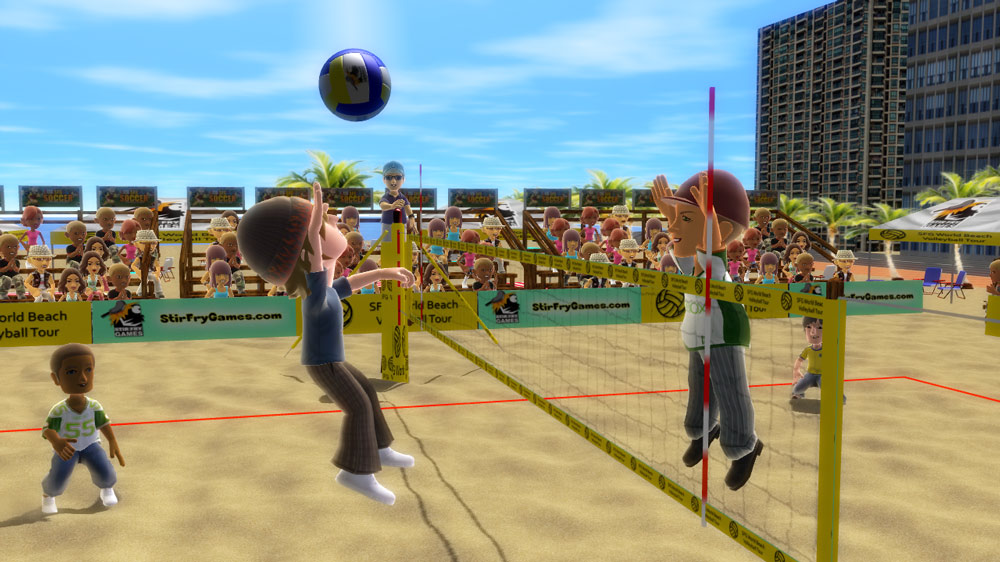 SFG Beach Volleyball was developed by Stir Fry Games and released on June 7, 2010 for 400 Microsoft Points. A copy was provided by the developer for review purposes. 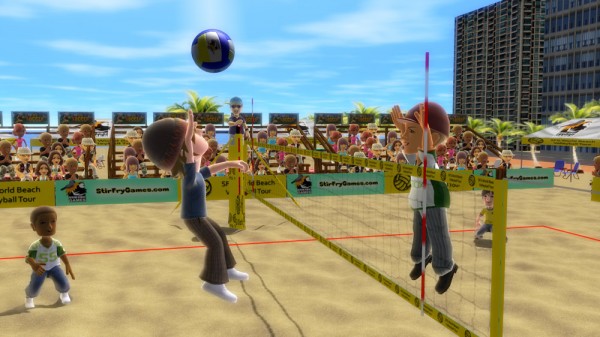 Are you dying to have some fun in the sun but are either afraid of sand or are a vampire? Stir Fry Games has got you covered with SFG Beach Volleyball. A game featuring those lovable Xbox Live Avatars you have grown so attached to is a no brainer right? Well, with there being a considerable lack of beach volleyball games available, this title may just be what you’re looking for. That is however, if you have some friends to play with. Get your shovel and pale because we’re digging in to this one.

Solid look – Stir Fry Games updated their look of their games in this one. Adding Xbox live avatar support was a great move. The beach volleyball court is simple, yet colorful and the sand kicks up when your diving to save the point. The slow motion spikes are a welcome visual addition to the game, when you can pull it off.

Great local and online game for you and 3 friends  – When you actually look at all the games that are out there, it isn’t all that easy to find an affordable, casual, multiplayer sports game. Xbox Live Arcade has not had much of a focus on sports titles, so this game can fill a need for those looking for a fun sports game for four friends. 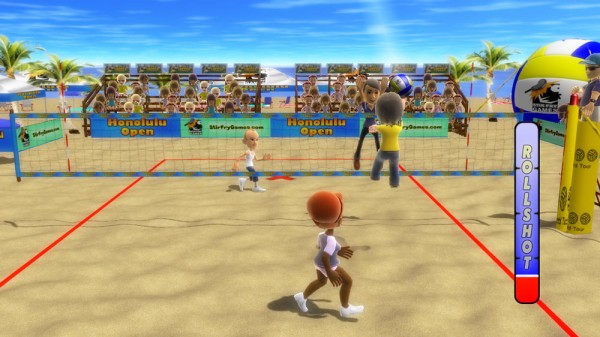 Just A friendly face  – The controls for this game were not all that intuitive. Having recently played another Stir Fry Games title, SFG Soccer, we have seen that though this is a minor gripe, it is something that turns us off to the game. Yes the game has a simple three button control scheme, but the spike controls are not intuitive. You have to press the button at the right time, and stop the meter at the right point and then aim the ball in the right place.

It can be quite frustrating when you do succeed at getting these spike slam moments without having them pay off. Once you get the hang of it and move on to the higher difficulty levels it’s even harder due to the AI spacing. That’s smart AI, but it leads to a frustrating experience.

Outcome feels “Out of your hands” – For a single player experience, you cannot play this game without feeling like you have very little control over what is happening. You’re playing against to AI opponents that will be able to return shots that are unreachable, and you have no way of telling your AI teammate what to do. 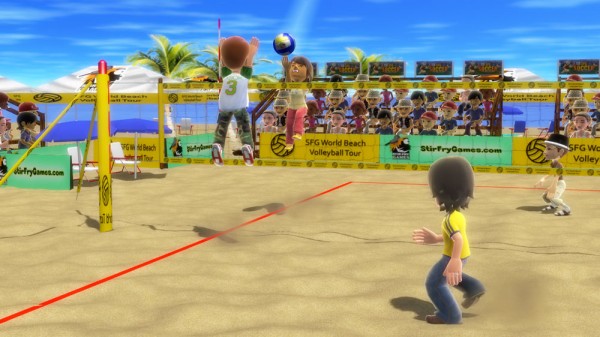 SFG Beach Volleyball has all the modes, style and multiplayer support needed to be a solid title. The game is deep for a beach volleyball title, but that isn’t saying much. If you’re looking for a solid, inexpensive multiplayer sports game this is a good option. If you only play single player it’s tough to recommend this title. Playing with friends and updating your player is fun, but playing alone and only being able to be in control of 1/4th of the game never felt satisfying.