Rush’n Attack: Ex-Patriot was developed by Vatra Games and published by Konami. It was released on March 30, 2011 and retails for 800 Microsoft Points. A copy of the game was provided by the publisher for review purposes.

It’s becoming more and more common for publishers to revisit their IPs of yesteryear, either giving them a new coat of paint or taking the franchise to new and exciting places. Bionic Commando Rearmed is a great example of bringing fresh looks to a classic. Rush’n Attack: Ex-Patriot aims to take the franchise elsewhere. Set 15 years after the Cold War between the United States and Russia, the game follows Sid Marrow and his team, sent to rescue an operative kept as a prisoner of war since the Cold War. 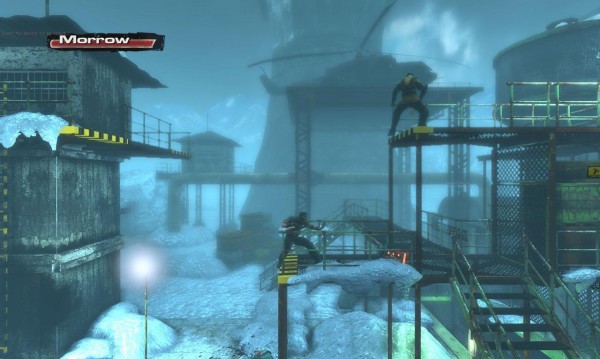 Useful gadgets – The player earns a few gadgets along their journey; a gas mask, night vision goggles, armor and health packs. Armor and health are fairly standard in games nowadays, but are still a useful touch and are plentiful. The night vision goggles and gas mask come in handy as the developers found nice uses for them that make them seem more than just a tacked-on gameplay element.

Unique elements – Most 2.5D games have the player run ‘n gun, destroying everything in their path. While that’s certainly possible in Ex-Patriot, players can also hide in the shadows or slip into dark doorways to perform stealth kills. It’s something that’s been seen in lots of 3D games, but rarely in an action platformer. Also unique is the true-to-the-original focus on knife combat. While the player can pick up rifles, rocket launchers and flamethrowers these have very limited ammo and the character tosses them aside when the clip is empty.

Nice length – Rush’n Attack: Ex-Patriot isn’t short. It’s not terribly long, but it’s a nice length that gives players plenty of gameplay for the price, but isn’t so long it feels like a grind. Although there’s a lot of “hit to switch to open the door” moments, these don’t feel like a chore and break things up nicely. 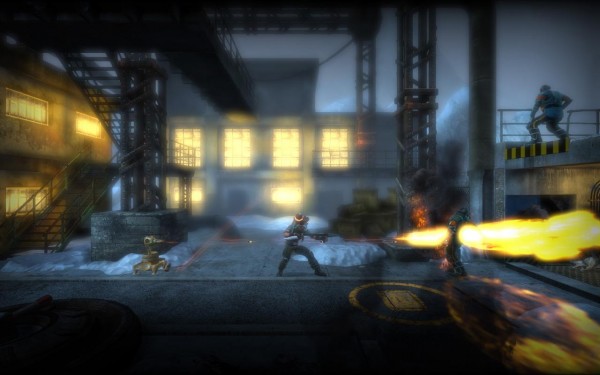 Muddy graphics – The visuals in Ex-Patriot are, shall we say, less than impressive. It’s a bit of a conundrum; the game uses Unreal Engine 3 as engine, so lighting and basic rendering look great. The problem comes in the low-poly models and incredibly low-resolution textures. It’s not so much a problem during regular gameplay (though it’s noticeable there too), but when the game switches to one of its incredibly pointless cutscenes it becomes an eyesore.

Downright boring audio – Nothing good can be said of the game’s audio. The soundtrack for the most part is forgettable, and tracks that players will remember ring with a “this doesn’t fit the game at all” tone. Most of the time when an enemy is killed it sounds like a Tusken Raider’s scream from Star Wars. It doesn’t help that there are no variations to the sounds, so it’s the same scream over and over when guards die.

Boring, text-driven dialogue – Rush’n Attack tries to do a Bionic Commando Rearmed and drive the story with text bubbles. This fails on so many levels. First, the dialogue is utterly dry. Secondly, the text bubble design is ugly and has no personality to it, unlike the Rearmed games. Lastly the camera swings in for cutscenes, and given the cinematic angle of the camera players immediately expect audio-based dialogue. Instead the player suffers through a mood-breaking, often long, dialogue box.

Unplayable at times on a SDTV – Clearly the game is built for HD, which is ironic given the muddy graphics. SDTV owners will not be able to read vital text without standing three inches from the screen. Additionally bullet trails are difficult to see, meaning the player ends up with surprise deaths. Yes, this is an HDTV era and many homes have an HDTV sitting in their living room. The problem is that so many 360s aren’t hooked up to the living room TV, but rather a TV in a bedroom or elsewhere, so those players will suffer terribly.

Imprecise controls – Platforming in Ex-Patriot is awful. Too many times the player will attempt to platform over a deadly area only to find that the controls do not allow them the precision they need to make accurate jumps. Cheap and unacceptable deaths happen often. Climbing to ledges above requires the player to be in an exact position, and slows the flow of gameplay. Additionally there is no stealth assassination that can be performed when the player is on a ledge above the enemy, something that’s been in games for years now. 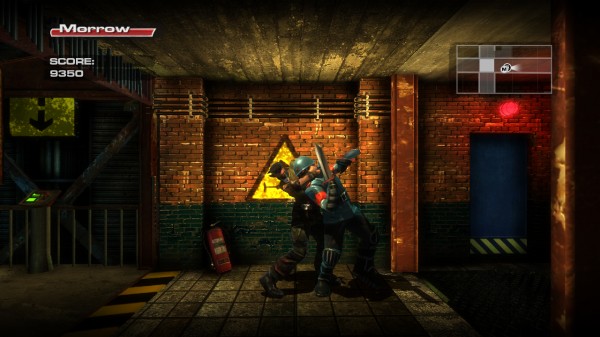 Rush’n Attack: Ex-Patriot is one of those games players will want to love. They’ll hope it has the draw of other great 2.5D XBLA games such as Shadow Complex and Bionic Commando Rearmed. Unfortunately it doesn’t quite reach that mark. That’s not to say this isn’t one to purchase when it goes on sale for 400MSP, but given the quirks the game has it just won’t be something we can recommend for everyone. It can be fun at times, but it’s also frustrating, and not in the “it’s not the game, I just suck” sort of way.The game tries to do what other games have done better. If this goes on sale, consider buying it, but at 800MSP it’s not for everyone. It’s a shame too. This one could have been as good as Bionic Commando, but instead it feels technically complete, but unpolished. 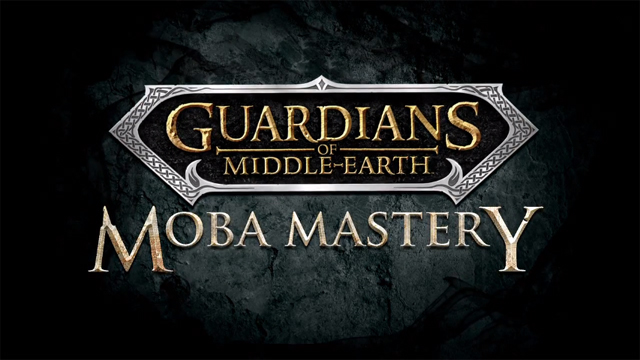 “MOBA Mastery” aims to get you ready for Guardians of Middle-ea... 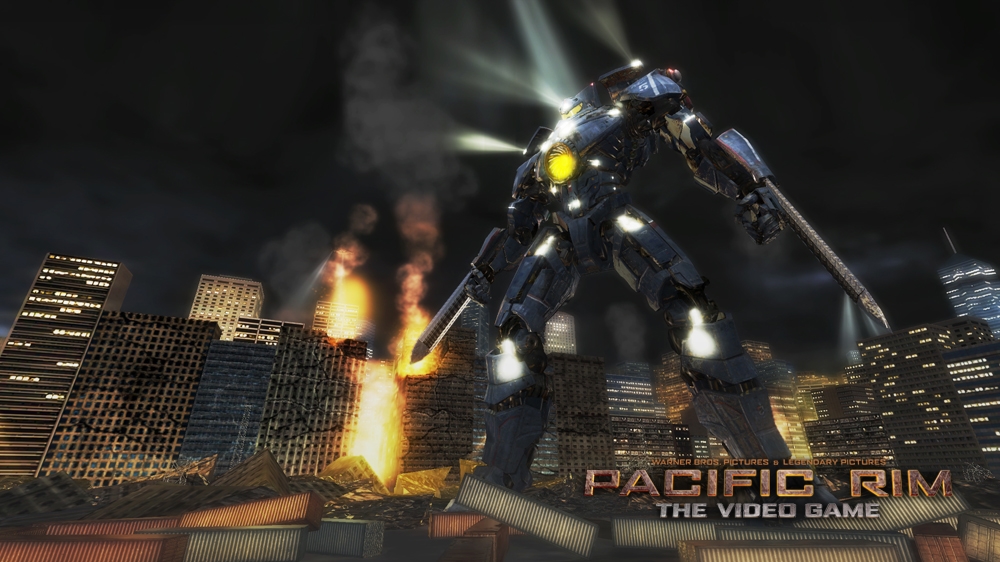