Let the games begin! I’m not too sure what is going on, but Rocket Arena is basically a multiplayer arena shooter. There are multiple characters and maps to battle to the end in various game modes. You can unlock cosmetics for your characters and there is even a battlepass if you’re enjoying the game and want to have more options for what your competitor looks like. The twist on this shooter is that kills are rewarded on the finishing blow that knocks an enemy out of the map. This is similar to Super Smash Bros. where an enemy can recover if you don’t finish the job. There are random items you can pick up to give you an edge. Accuracy can be hard to master because of the physics, but once you get it down there is no greater joy than juggling your enemy into oblivion.

The Cast — Having a lot of characters with different weapons and abilities can be hard to manage in a game. There are a total of ten to choose from on the release date, though we can assume more will eventually be added. All of the competitors feel good to play. I don’t dislike any of them. Getting comfortable with each one happened pretty quickly and I really can’t even say I have a favorite. I enjoy using any of them. Design-wise they may some have similarities to other games you’ve likely played, such as Overwatch. Blastbeard, for example, might remind you of Roadhog since he is a bigger and slower character. Overall they are different enough not to actually feel like anything was copied. Charm can be a word to describe them, and I really wish there was more of a backstory to read.

Not Your Normal Shooter — Like mentioned, there is a lot of similarities between this and other shooters with characters that have unique abilities. The likeness to games such as Overwatch and Paladins is obvious, but it also ties in similarities to Super Smash Bros. and Brawlhalla. Instead of just a normal amount of life, you actually have something called a Blast Meter. When you get damaged enough, you become in danger of getting shot out of bounds. You don’t have to even be hurt for this to happen; if you venture too high up or fall off the map, you die. Movement is also very different from other titles. Each character is very different in how they can move around the map as well as their speed. Shooting is very physics-based. Hitting an enemy pops them into the air and they become difficult to hit as they get farther away from you. They’re also jumping around while trying to recover their control. This means that often your shots are never going to hit if you aim your crosshairs at them. You must predict based on distance, altitude, and even the speed at which that is happening. It can be extremely difficult to pull off combos but, at the same time, it feels so good when you blast an enemy out of the map. Just remember your opponent is at the same disadvantage as you!

If You Can Dodge a Rocket — Because of the physics-based battles, you will often be getting shot at from other characters. Sometimes from multiple enemies at the same time. This can make it difficult as you’ll feel fairly helpless being jumbled around like a rag doll with no fighting chance of survival. Luckily you have the dodge ability. At first, it wasn’t something I was using. Dodge in general is something I haven’t utilized in a lot of games. My playstyle is extremely aggressive and I often think dodging is just slowing down my own attack patterns. I had to adapt to using it often. The only way you can get yourself out of sticky situations is to use the dodge in order to break the “stun” effect you have when being shot. This allows you a moment to escape or fire back at the enemy. It all just feels really good and enjoyable after getting used to how it works.

Unlockable Content — Like usual, you can expect this type of game to have a bunch of cosmetics that you can unlock naturally or purchase with real money. A lot of games do it which is fine. I have spent money on cosmetics many times because I love my characters to look cool. Do I think I should be? Not at all, it really is a waste as it doesn’t impact the gameplay whatsoever. It’s purely to add a little pride or joy in rocking an awesome look to give a false sense you’re “committed” to the game and therefore shouldn’t be taken lightly in multiplayer. There is not one cosmetic item in the game I feel compelled to purchase. None of them spark my interest and look extremely basic. This can change, of course, over time as they add more content. But in its current state, it’s boring. There are totems that you can unlock and customize. These are similar to something from Monster Hunter World. I had the same concern there too. They are pointless. You see it for a good few seconds before the match starts. Do you know what’s cool? Calling cards and emblems. Highlight an opponent or get killed by them and you’ll see their flashy unlockables. I haven’t looked at anyone’s totem. It’s pointless and obnoxious that you can buy patterns for them. I’ve never seen a more meaningless microtransaction.

Maps and Modes — Each character has a different map which is their home location. You get stuck with whatever you’re thrown into. There is no voting or filter to allow you to play where you want. The problem with this is mostly one specific map that I dread. It’s called Frostwind Grove and it’s absolutely terrible. It’s extremely big. Think if you were playing a Halo game and doing the Big Team Battle stuff. Except it was only 3v3. There is way too much area and often the time runs out before anyone can reach the goal to victory. There are a total of four modes that you can play. Knockout is my favorite, it’s just a battle to get the most kills. Mega Rocket is a “king of the hill” mode that can get really intense, which I also enjoy. However, the other two modes start to really mess with character selection. Treasure Hunt has a treasure chest that you must try to maintain possession of. You gain coins the longer you hold it, with a bonus if you’re holding it when the timer ends. Then you are tasked with gathering random coins that appear on the map. This process repeats until one team reaches 250 coins. Instead of picking who you want, here it’s almost a disadvantage to pick slower characters. You have to rush to the treasure chest, and often you’ll see certain characters always grabbing it right away because they can speed to it quickly. This also happens in the other mode, called Rocketball. You must get a ball to the goal. Just like Treasure Hunt, you’ll see a repetition of specific characters taking complete advantage of movement speed. Amphora has the ability to turn into a pool of water and rush to the objective. When the objective is taken, special abilities are disengaged. Her unique ability launches her into a cyclone, bringing her high up into the air. Therefore once she reaches the objective, because it disengages her form, she is automatically thrown into the air. I played many games and saw this happen almost every single time. Therefore I started using her and doing the same tactic. If the other team isn’t great at aiming, it’s a blowout. The last game I played I scored all five goals easily without even worrying about attacking anyone. I could go on forever with how the maps and modes have issues with placement. These range from dying and being placed behind the enemy, or even the fact some teams are physically closer to the objectives based on what side they get put on, meaning the match is unfair from the start. But I won’t get into it, too much of it. We don’t have all day.

The Unexplained — The story seems to be that you’re competing in an arena tournament. Some characters mention “the tour”. That’s about it. There are no backstories on the competitors nor information tabs to read. I like the characters but have no idea about their history or reasoning behind being in the competition. It seems like there are a lot of unanswered questions I have about many things besides the story. Like how much XP am I actually getting and what gives me this XP? I see the bar move but don’t know if it’s a base amount for just playing a match. I’ve encountered someone on a turbo controller who was just having it spam the A button so that they would keep joining matches in order to level up. Why is there no auto-kick for inactivity? This person will go on to affect countless hours of games, ruining the experience for everyone. I guess, overall, I’m confused about a lot of things implemented or not implemented in the game.

There’s a lot of combining and mixing things from other games that result in a fun and pretty fresh experience. The characters and their abilities are enjoyable and the shooting mechanics result in a fantastic feeling. Price-based, the game sits in the middle at basically half the price of Overwatch, but still utilizes cosmetics as a form of microtransactions. I’m fine with that, but the cosmetic options available right now are boring and fairly expensive for what you’re actually getting. Luckily, you’re allowed to use an in-game currency as well. Certain modes and one specific map are a real drag. It’s hard for me to really score this as it is in kind of a pre-season mode. There is a new character being released and I’m sure a lot of positive changes being made after getting data from all the matches being played. I also suffered from a lot of freezes and force quits. They always happen in the menu and not when actually in a match, which was odd to me. They will likely fix a lot of the things that annoyed me as well as create cooler cosmetic items I might think about buying. What’s really keeping me playing is getting all of the achievements which are very well-implemented and have me playing all of the characters and game modes. In the current state of the game, however, it’s good fun but has a lot of improvements that need to be addressed. I do look forward to them.

Rocket Arena was published by Electronic Arts and developed by Final Strike Games on Xbox One. It was released on July 14, 2020, for $29.99. A copy was provided for review purposes. 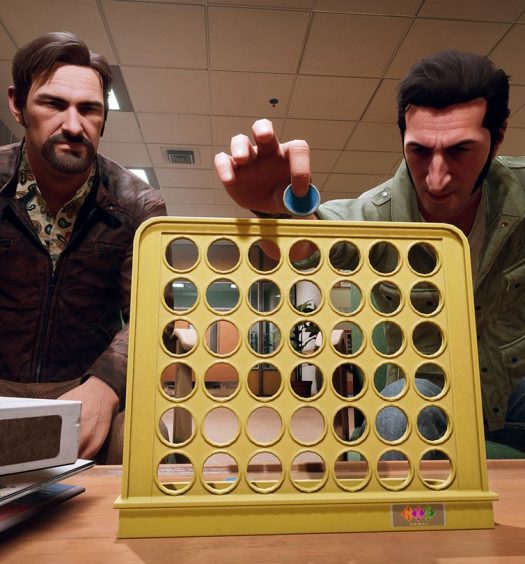