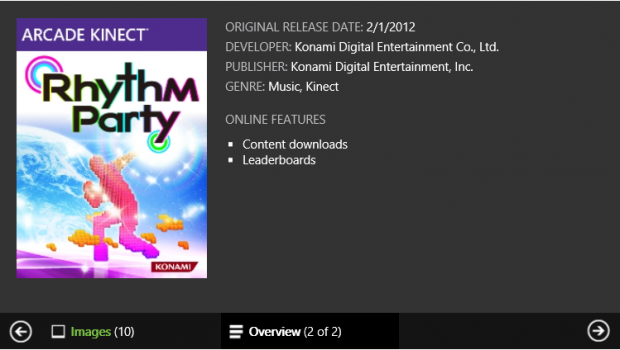 Konami Japan has announced that the Xbox Live Arcade title Rhythm Party will be taken off the marketplace on February 1, 2015, but the DLC music packs will continue to be sold for the known time. The removal arrives on the third year of its release on the marketplace.

Rhythm Party, also known as Boom Boom Dance in Japan, is a title that uses the Xbox 360 Kinect.

Speculation: The author of this article expects the title to be removed before February 1, most likely sometime mid-morning EST on January 31. Trends point to After Burner Climax which was pulled earlier than announced and Marvel vs. Capcom Origins which was removed a day early as the most recent examples of announced delistings. Don’t take this as a definitive time but rather as a cue to buy the game sooner than the end date if the reader is interested.