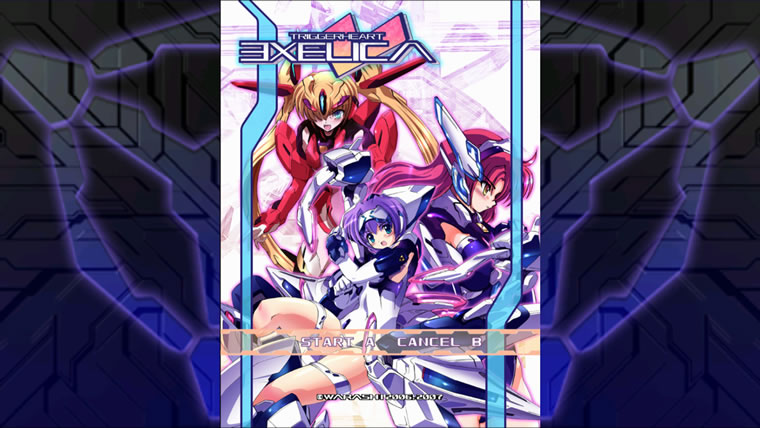 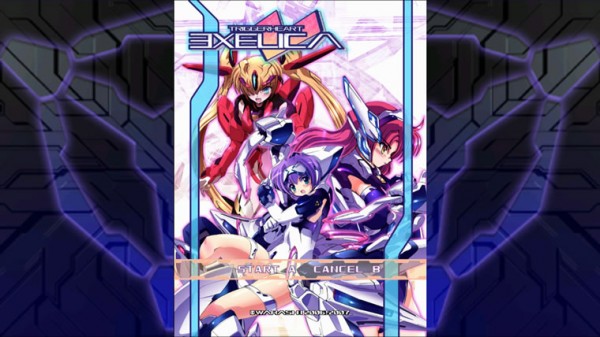 Captain hook – Before you jump into the action, you must choose between two playable characters named Cruelheart and Exelica who are variations of a similar anime female character. Once chosen, you are thrown into the game’s bullet hell madness, and besides utilizing either a straight forward or spread shooting style, you’ll only have one other weapon in your arsenal to defeat the game’s flying enemies: the hook. Using the B button, the hook attaches itself to certain enemies (excluding bosses) and brings it closer to your character, allowing you to carefully discharge said enemy back into the playing field. If it collides with other enemies, it does a great deal of damage. The hook is the only mechanic separating this game from other titles in the genre, and if exercised correctly, can add to the fun. But using it takes practice because after acquiring an enemy on the hook, you start spinning uncontrollably and letting go of the enemy will only benefit you if it is facing the direction of other enemies. So if you happen to let go of an enemy offscreen, you’re simply out of luck.

Accessibility – Although purists will not appreciate the game’s infinite continue system, it allows gamers who aren’t as skilled in the genre to complete the game and see a majority of the content. The developer didn’t exclude the hardcore shmup fan though because there is an achievement for completing the game without using a continue. This approach pleases both ends of the gaming spectrum. In addition, the shape and form of the end level bosses varies depending on how many continues you use throughout the game, so if you want to see absolutely everything the game has to offer, you must ace your abilities.

Colorful graphics – Triggerheart Exelica is the not the prettiest game on the market, but it excels,at least graphically, on a basic level because of its vibrant use of color. While XBLA’s other top shmup gushes over the color brown, this game features colors we’ve all grown to love. We welcome the use of happy and vivid hues. 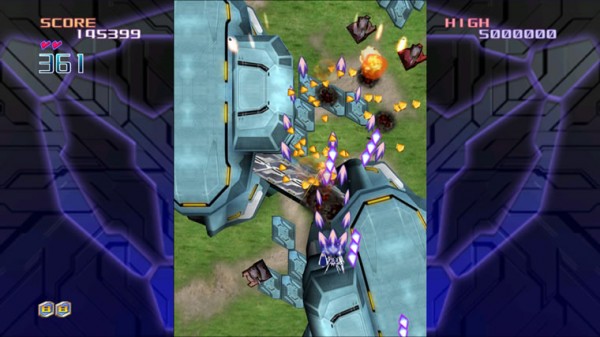 Too short – The game can be completed in about 20 minutes, and if you’re not a hardcore achievement hunter, little incentive exists for you to return to the title. Sure, online leaderboards mix things up a bit, but because the game was released over three years ago, hackers and veterans have already claimed their places and challenging them will be quite a feat.

Alternatives – We’ll be blunt: there are better shmups on XBLA worthy of your time. Ikaruga, despite its excessive use of brown, is an exceptional title that outshines every other shmup on the service. Not only that, but its predecessor Radiant Silvergun will find its way onto XBLA sometime in the near future, so if you’re looking for a shmup that will hold your attention for months, maybe you should just wait a few months or purchase that brown game. 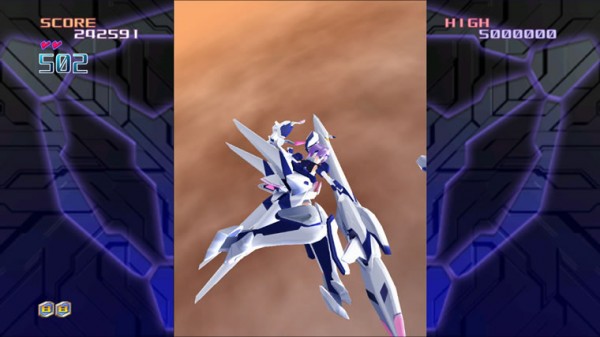 There are no barefaced faults with Triggerheart Exelica other than the fact that it is just an average shmup. It’s a decent port of a Dreamcast latecomer. If all you are looking for is a run-of-the-mill shooter with decent gameplay, we suppose 800 MSP could be well spent here, but if you’re looking for the next knockout, have patience!