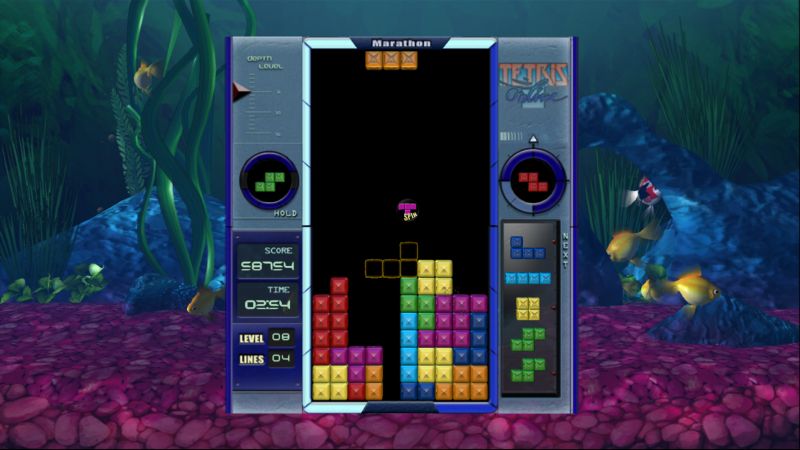 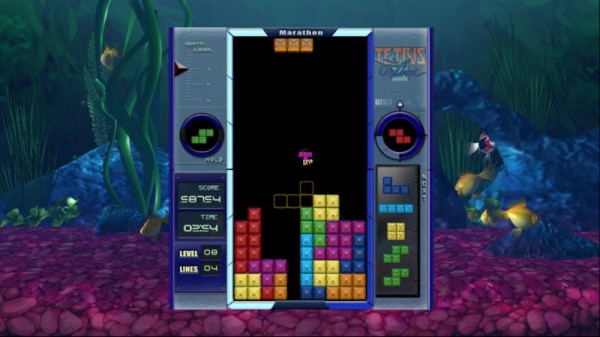 Pure and simple – Tetris Splash doesn’t revitalize the block maneuvering genre with new features, nor does it intend to — it’s a bare-boned version of the classic we once bought the original Game Boy for. The only distinction here is an aquarium theme with customizable fish swimming in the background and functional online play. Offline, players can participate in a traditional marathon of increasingly fast and more challenging gameplay or “40 Lines” which has the player simply eliminating 40 lines of blocks in the fastest time possible. And that’s it. To some, this is a blessing.

Fun multiplayer – Local and online multiplayer adds a competitive edge over other versions of Tetris. Players will fork over countless hours challenging their friends to a fast-paced game where the elimination of a line will add a layer or two of immortal silver lines to your opponents playing field. If done properly, your opponent will have to scramble to do the same to you before discovering his or her own fate at the top of the screen. It’s fun, frantic and endlessly replayable. 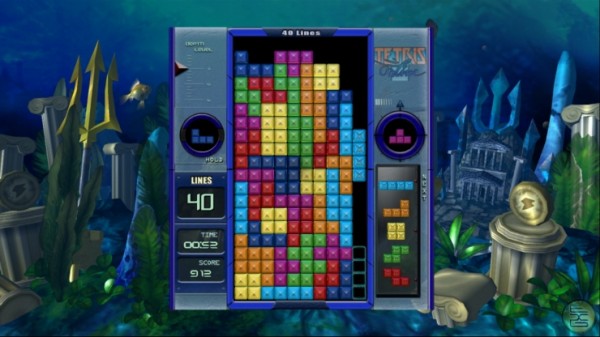 Too simple – Remember the version of Tetris that released on the Nintendo DS equipped with various Nintendo themed backgrounds and progressive gameplay? We’d love to see the Xbox equivalent with Master Chief and Marcus Fenix battling it out in the background while you formulate lines of blocky bliss. Simply having different species of fish, and yes, the choice of salt water or fresh water, as your only customizable theme is too minimalist for our taste.

The narrator – Whoever decided to include a whispering (literally) narrator who announces the elimination of lines needs to go back to the drawing board and try again. Nothing is worse than experiencing a sense of flow interrupted by an annoying female narrator with either a coarse cold or an inability to speak at a socially acceptable volume. Please, in the future, spare us. 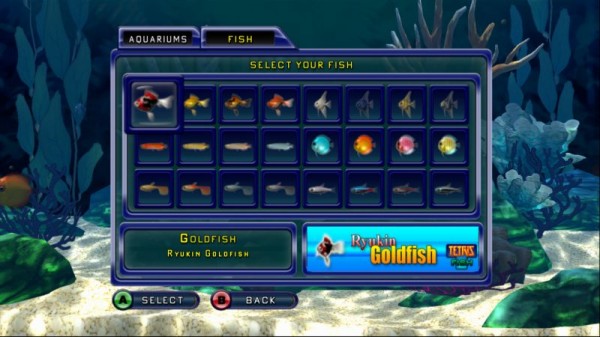 There’s nothing horribly wrong with Tetris Splash other than its discernible mediocrity. If XBLA is your only outlet to purchase Tetris then you really can’t go wrong here. But if you can obtain a superior version of this noteworthy series on another platform, we recommend you do so.