At its core, Planetbase is a city-building game. It takes place on another planet – or planets, as there are four available – and you need to construct a habitable base to ensure your fledgling colony survives. Build a large, sprawling base consisting of self-contained interior and exterior modules to establish your new colony.

The four planets are four difficulty levels, beginning with the dusty, red, Mars-like planet, going through a Hoth-like ice planet, and getting progressively harder and less habitable as you progress. Each game begins with your spaceship landing and your crew of seven, plus two bots, piling out, ready to work for you to build a base that will, at first, attain self-sufficiency and, later, thrive.

It’s a nice premise. But Planetbase’s own mechanics too often conspire against your success. 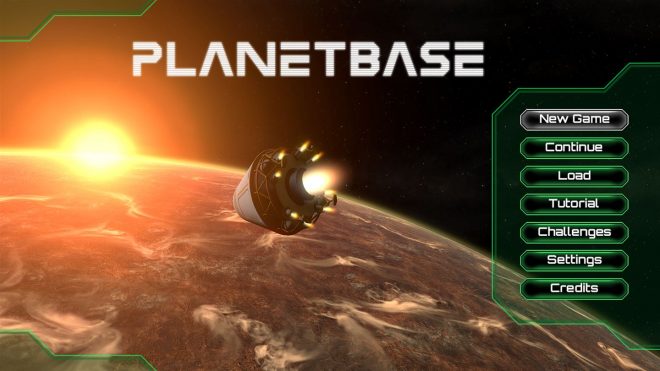 Good options for base-building – This might sound like something basic, but the base-building feels fairly good. The options for what can be built are, on the whole, pretty clear: you build airlocks so colonists can walk outside the base, oxygen generators allow them to breathe on hostile planets, you need a mine to get metal ore that can later be refined. As far as buildings go, most things are self-explanatory, and it’s usually fairly clear what you’ll need to build to keep expanding.

Expanding the base feels good – Seeing the colony grow simply feels good. Each game begins with seven colonists and two bots and just growing that to a community of 20 or so felt like good progress, and even then you can begin doing more things with increased coverage on various production areas: food, medical supplies, building materials. Growing beyond 100, the base looks vastly different: a sprawling sea of interconnected hubs of indoor activity with exterior supporting structures for essentials like power and water. If you can balance and maintain the base, the achievements even push you to get a thriving colony of 350. 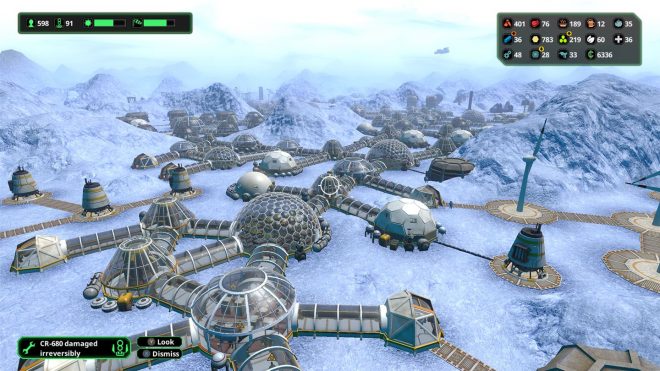 Hazards keep you on your toes – When hazards hit you, they’re incredibly frustrating. They set you back by destroying buildings or robots and potentially killing colonists. Frustrating… in a good way. Hazards can be environmental, like being blasted by a sandstorm or blizzard, or being hit by meteors, or marauders who arrive on ships and try to kill your inhabitants. Being prepared is key. You can build a security office that lets you issue amber and red alerts* and once you have the materials, you can even build exterior structures to monitor environmental hazards and give you a chance to get colonists back indoors before the next sandstorm.

*Both alerts will tell colonists to remain indoors. At amber, guards will pick up guns and weapons, while at red all colonists will arm themselves or take on intruders with their bare fists.

The landing pad – The landing pad is your connection to other colonies, and it has a remarkable depth of its options. Building it allows ships to dock, opening up the potential for trade, new colonists, or short-stay visitors. Its bigger brother the spaceport allows larger ships to dock at your colony. Trade is fairly straightforward: they’re carrying goods, and you can choose to buy them or sell whatever you have in stock. The arrival of new colonists is great, allowing further expansion and more simultaneous tasks to be executed, and you can even control the desired percentage make-up of your base in increments of 5%, allowing you to slowly adjust what proportion of the colonists are suited for each task (biologists, workers, engineers, medics, and guards). Visitors use resources and pay for them when they leave (food, water, beds), but will sometimes turn out to have nefarious intentions, at which point it’s a good time to hit the amber or red alerts to have your colonists take down the attackers.

Controls – The controls are simple. The two bumpers open radial menus that let you build all the structures. LB opens the structures managements radial where you can build either interior (dorms, canteen, airlock, etc.) or exterior (power, water, landing pad, etc.) structures or even recycle a structure for components. RB, meanwhile, lets you manage the interior of a structure, like placing beds in a dorm, a meal maker in the canteen or plants in the bio-dome. 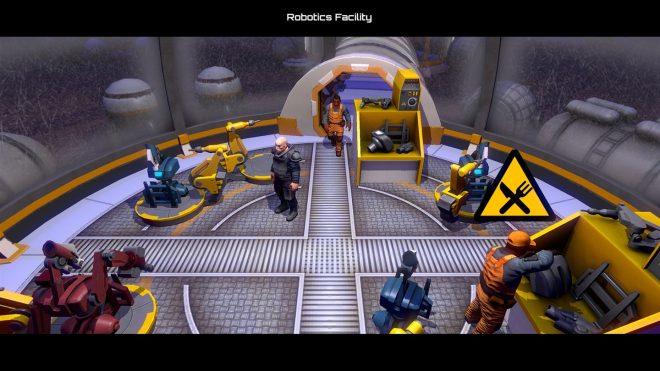 Lack of predictable prioritization – This is by far the biggest of Planetbase’s sins, and so I need to dedicate a few more words to it than normal.

The colonists display such complete inability to prioritize, and it’s incredibly frustrating to see the base suffer and then die out because the worker refused to process the metal that was already in the metal processing plant or to keep having to sell the base’s med packs to buy semiconductors because they refuse to process those too. Work assignments will be left at 95% for no particular reason with workers, or engineers or whosever job it is, wandering off and leaving resources almost harvested or nearly processed.

It’s frustrating when other parts of the base hinge on having those tasks completed. For instance, I lost power because I didn’t have enough spare parts to repair a solar panel, all while there were a couple of machines that were almost done processing additional spare parts. The base lost power, it exhausted its stored power, the oxygen generators eventually died, and then the colonists died. 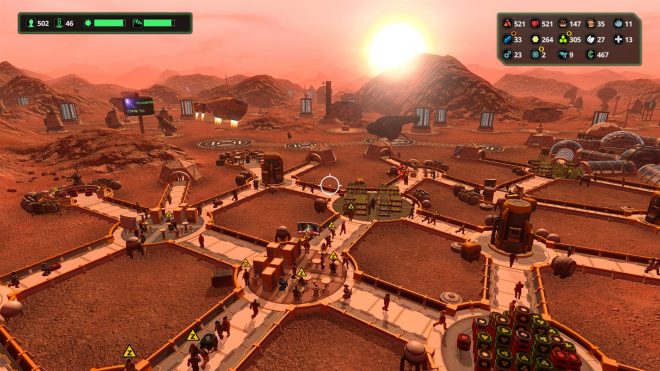 I’ve seen workers idling next to the machines I wanted them to tend to, and the only way I was able to get one worker to process metal in my last base was to turn off the mine and leave the metal processor as the only available task… all while my second worker was idling in the neighboring corridor. That’s a bad solution with a small base – to literally have to turn off the power to all other tasks. It is completely unmanageable with a larger colony.

Maybe there are other mechanics at play, but if so they are completely obscured, and it makes for a terribly frustrating experience trying to get things done.

Unknown rules govern – Slightly related to colonists’ puzzling prioritization decisions, as I played there was regularly a sense that the game obfuscated some of its rules, not actually laying out actual mechanics. Sometimes that discovery can be fun, but getting surprised by colonists dying for some unknown reason doesn’t make for a fun experience. The clearest examples is oxygen generators: they state how many colonists they can support, 20 for a small generator and 30 for a large. Yet, later on, it became clear that distance from the generator and number of people in a room were also a factor as colonists started suffocating from low oxygen levels in the dorms at night. Every time my colonists went to sleep, there was a chance they could asphyxiate. In the end, I built oxygen capacity for 240 people, but even then rooms would flash red with oxygen level warnings for my base of 105.

Milestones? – Planets are unlocked by completing milestones. There are 10 milestones achievable per planet. So far, so good. The problem is the game does not surface what it thinks a milestone is, with no clear indicator of what the player should work towards to earn that next milestone and possibly unlock the next planet. While playing, the game will sometimes pause to flash something up on screen – for instance, “self-sufficiency reached!” – and I’ve come to suspect those are the milestones, but they never say they are. It’s probably fair to assume all milestones are related to expanding the base, and they seem to come naturally in the course of expansion, but not actually laying out what the requirements are adds yet another frustration with the game. 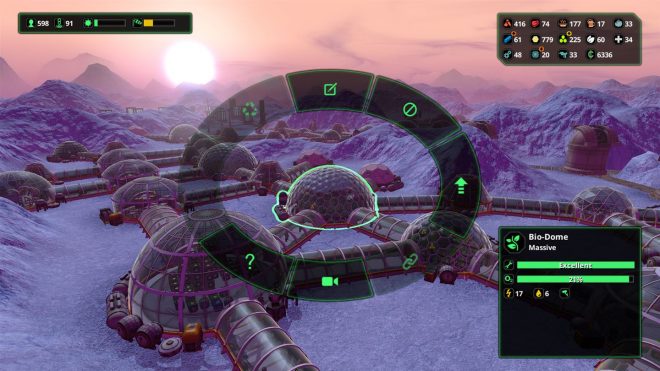 I like aspects of Planetbase, and I want to like all of it because it’s a nice premise, but it’s really hard to look past its frustrating aspects. The slow pace of expansion can make it a relaxing game to play, but when those frustrations creep in it wipes out any chance of relaxing. In a world where Cities: Skylines exists as such an excellent city-builder on Xbox One, Planetbase suffers in comparison. Going from landing party to self-sufficiency to thriving extra-terrestrial metropolis is a pleasing arc, but at times the game conspires against your efforts to play it.

Planetbase was developed by Madruga Works for Xbox One. It was released on May 3, 2017, for $19.99. A copy was provided for review purposes. 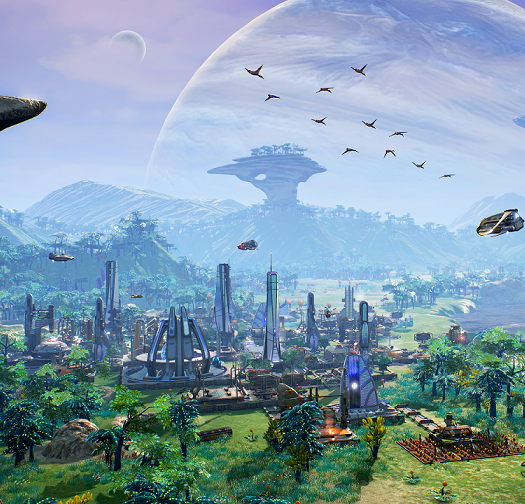