Pinball FX 2: Epic Quest was developed by Zen Studios and published by Microsoft Studios. It was released February 15, 2012 for 240 MSP. A copy was provided for review purposes. 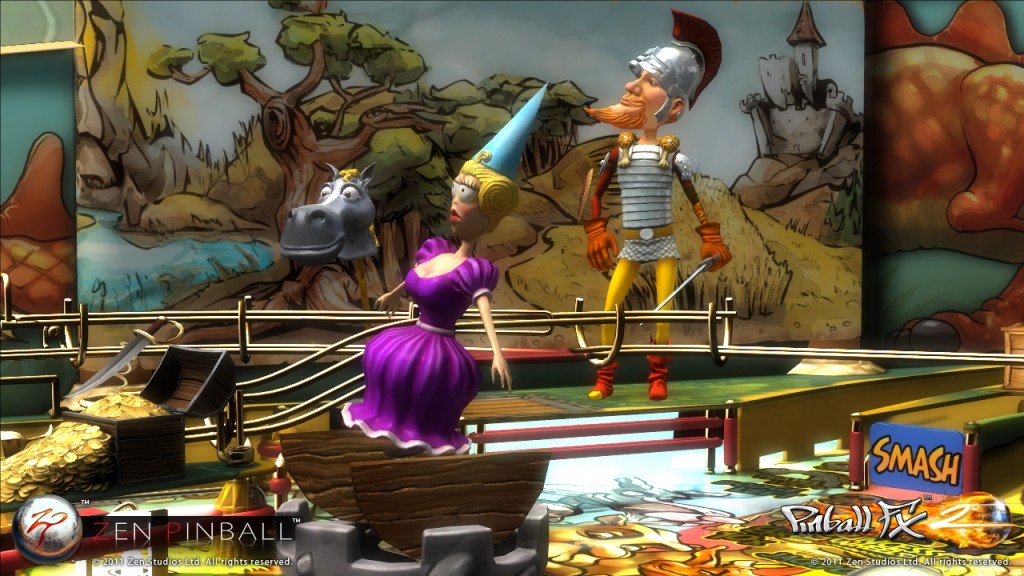 Werewolves, vampires and goblins, oh my! These are just a few of the monsters you’ll encounter in Pinball FX 2‘s new table, Epic Quest. In this new table we take a knight on his journey against evil to rescue his kidnapped princess. What separates this new installment from other tables is the addition of RPG-like elements. The adventure carries on from game to game, giving you the ability to level up your character, pick armor and even your weapon. It this enough to make pinball feel fresh and revitalized, or will this be another one of those things that should have never been? 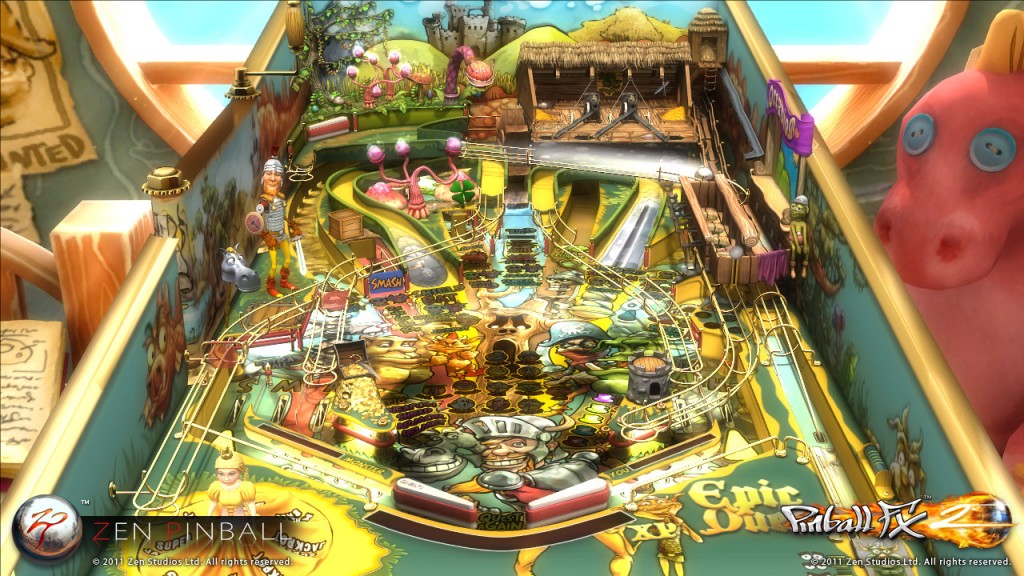 RPG elements – This should have been done years ago. Having an experience system was exactly what pinball needed. It’s nice knowing that everything you are doing to your hero isn’t all in vein. The knowledge that your shield and sword still be there the next time you come is rather inviting. It’s the ultimate enticement to play the table again and again.

One liners – Many times the quirky lines in a game are bad. They’re poorly written to even more horribly voiced. Not so in Epic Quest. When you hear lines like “bat country, let’s stop here” you’re immediately reminded of the infamous line from cult classic Fear and Loathing in Las Vegas “We can’t stop here, this is bat country.” Intentional or not these small details make this table stand out from all the rest.

Battle system – As you progress through the story you’re forced to fight bats, monsters and all sorts of nefarious characters. When battling, you have three ways to attack: a sword ramp, a smash spot, or spells that you can cast. You can also combine attacks as well. For example: using your shield ramp in combination with the sword ramp will allow you to parry giving you an even stronger attack. Being able to combo adds a nice touch to the simple combat scenarios. 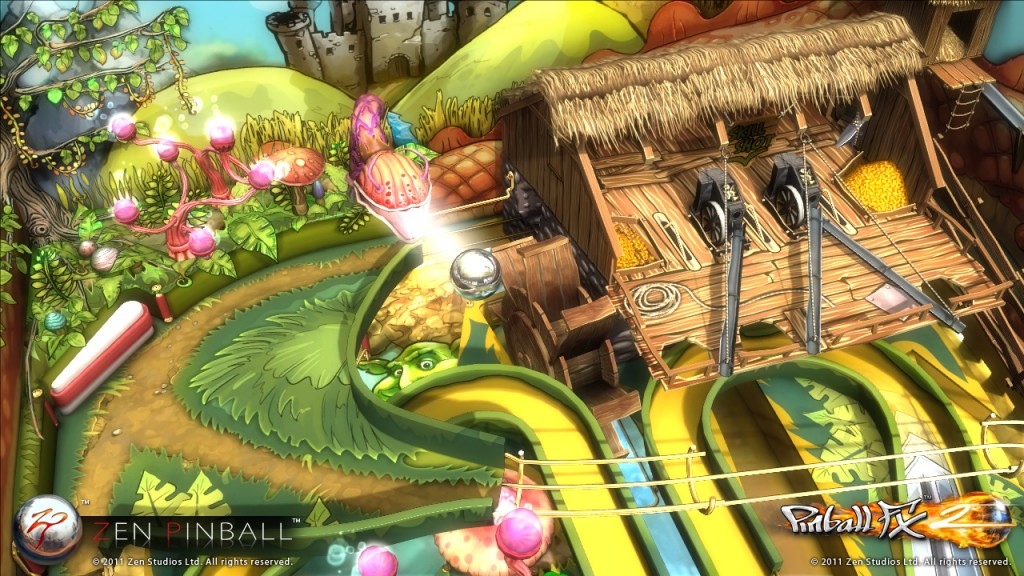 Here’s what we disliked:

Muddled features – This table has everything, lots of background scenery, creatures, your protagonist, tons of lights, there’s even a round-a-bout. Everything has great detail and fits very well with the theme; the problem is it just feels like too much. It just feels as if though they were afraid of not having enough, so instead they just did it all.

Confusion – This isn’t just a problem with Pinball FX tables, it’s a problem all pinball tables are plagued with. When you perform certain tasks, specific actions are triggered in the game. Due to the pace of the game, it’s very simple to miss the details/instructions of what is happening or what you are supposed to do. Zen Studios could have made a simple change to correct this. Something as simple as adding the detailed information to the bottom of screen similar to subtitles could go a long way to guide players.

Skill requirement – As you level up, supposedly so do the enemies. Their life bar increases and their attacks get a little stronger, but that is about it. The tactics used to kill an enemy never have to change; therefore each battle may take a few minutes longer, but are never any harder or more stressful.

There’s something about the whole knight-in-shining-armor-saving-the-princess that always draws you in. The table is well thought out, delivers a few surprises, has lots of loot and several battles. As you defeat monster after monster on your journey to save the princess it draws you in. This may be the next evolution in pinball tables.