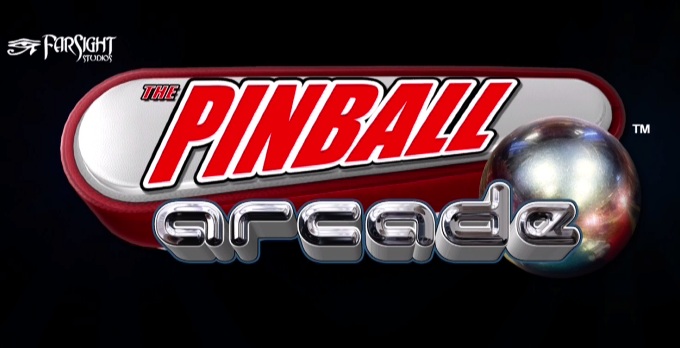 Pinball Arcade was developed by FarSight Studios and published by Crave Entertainment. It was released on April 4, 2012 for 800 MSP. A copy was provided for review purposes. 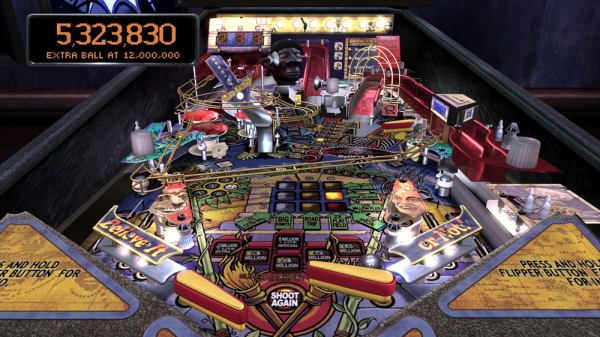 Pinball Arcade is bringing a new feel and set of priorities to the XBLA pinball landscape. Long dominated by the venerable Pinball FX2, there is now another choice on the market that both borrows from the latter while striking out in its own direction as well. Having already developed the highly regarded Pinball Hall of Fame: The Williams Collection, FarSight is no newcomer to the genre. They have brought their expertise to craft a game that accurately recreates classic pinball tables. The resulting product is one that will feel immediately familiar to veterans but distinct enough to warrant its own release. 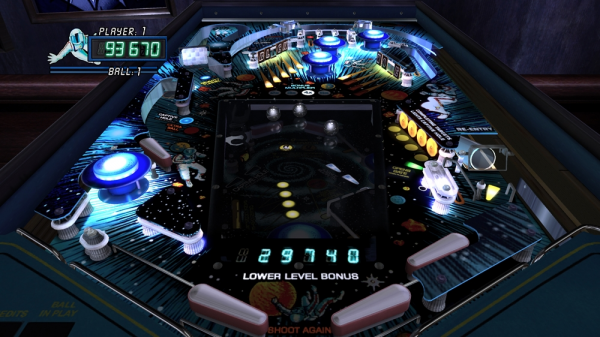 Historical tables – The big draw to Pinball Arcade is that it is a recreation of actual tables that people have played over the years. The tables are: Black Hole, Theatre of Magic, Ripley’s Believe it or Not!, and Tales of the Arabian Nights. These tables truly are excellent recreations of their real life counterparts. Simply knowing that what you are playing is based on pinball royalty makes it more fun. As for the tables themselves, they all have something to offer. Black Hole is the oldest and lowest scoring table. It plays very differently from all the others. Its reverse lower level really makes it stand out. Theatre of Magic is super high scoring. It plays very fast and is a lot of fun. Ripley’s and Tales are both fairly complex tables and are both rather challenging as well. There is a great variety in the tables on offer here and plenty to keep the fans busy.

“Real” physics – It’s clear that the developers purposefully tried to keep the physics true to real life. Having played our fair share of physical pinball tables we can say that it is indeed very accurate. Since Pinball Arcade is strictly real tables there is no need for them to bend the rules like Pinball FX2 sometimes does. Those familiar with the latter will find that some of their old tricks are of little use here. The only gripe we have with the realism is that the flippers are far more powerful than they are in real life. Then again, it as far more fun to play with stronger flippers so we think they made a good choice.

Great explanation of rules – Pinball Arcade does a great job of explaining all the nuances of their tables. It is clear and the table of contents helps you find whatever you are looking for. The table instructions here are a vast improvement over those of Pinball FX2. Those driven by high scores or achievements will find all they are looking for.

Little touches – Lots of little things really add to the value of this package. We were impressed by the historical information about the tables themselves. They even explain how many units of each table were ever made. Reading about the designer’s ideas for the table really made us feel more connected to the tables. Adding the original promotional flyers was a nice touch as well. 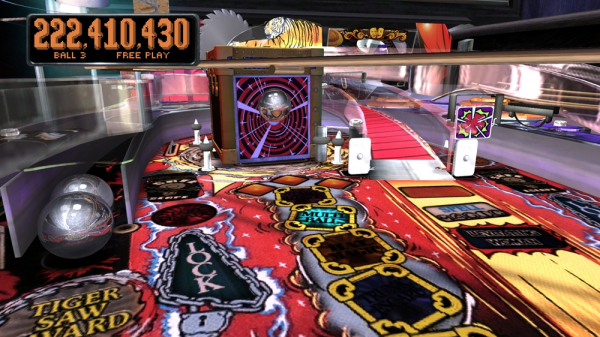 Limited social options – One of the things that really made Pinball FX2 special was all of the social options like cumulative wizard scores and sending high score messages to your opponents. There really isn’t anything like that here at all. There are simple leaderboards, but with the bar set so high in this area we expected a bit more.

Unfair ball-outs – Remember, this game is based on real tables. And what are real tables supposed to do? They are supposed to make money. They make lots of money by being really difficult. We had too many incidents of pulling the plunger to launch the ball and it simply draining with no chance for influence from us. While that was the exception and not the rule, these tables are very challenging to say the least. Those expecting an easy time may not enjoy it too much. 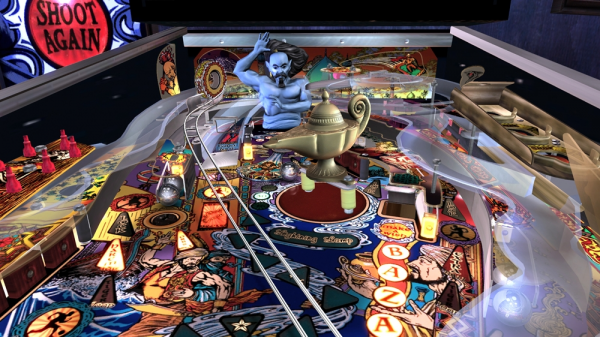 The inevitable comparison will be between Pinball Arcade and Pinball FX2. That can’t be avoided. Which is better? Pinball Arcade deserves to have some time to build its library before that judgment is ultimately made. We can say for certain that it is unique enough to carve out its own niche in the market. The real tables are likely to garner some attention and there is the hope that other favorites (cough cough Adams Family) could be made in the future. This is a solid and challenging game of pinball. Enthusiasts should jump right in and the uninitiated should really give it a try.