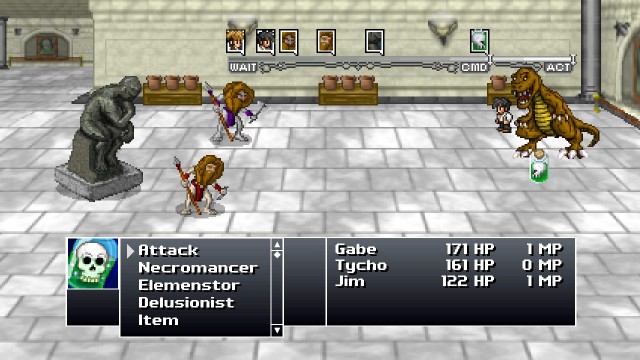 The wait is nearly over – the long-awaited old-school reboot of Penny Arcade Adventures: On the Rain Slick Precipice of Darkness Episode Three will hit Steam and Xbox Live Indie Games July 10 for 400 MSP (or $5 if you’re buying on Steam). The PC version will feature cross-compatibility with the Mac version when that releases at a later date.

The game is set to hit just under four years since Episode Two released in October 2008. The series was set to be released across four chapters by developer Hothead Games, until that developer announced in March 2010 it would instead focus its efforts on DeathSpank. That seemed to be it for the series – that is, until Zeboyd Games stepped up and announced it would develop the third episode last year.