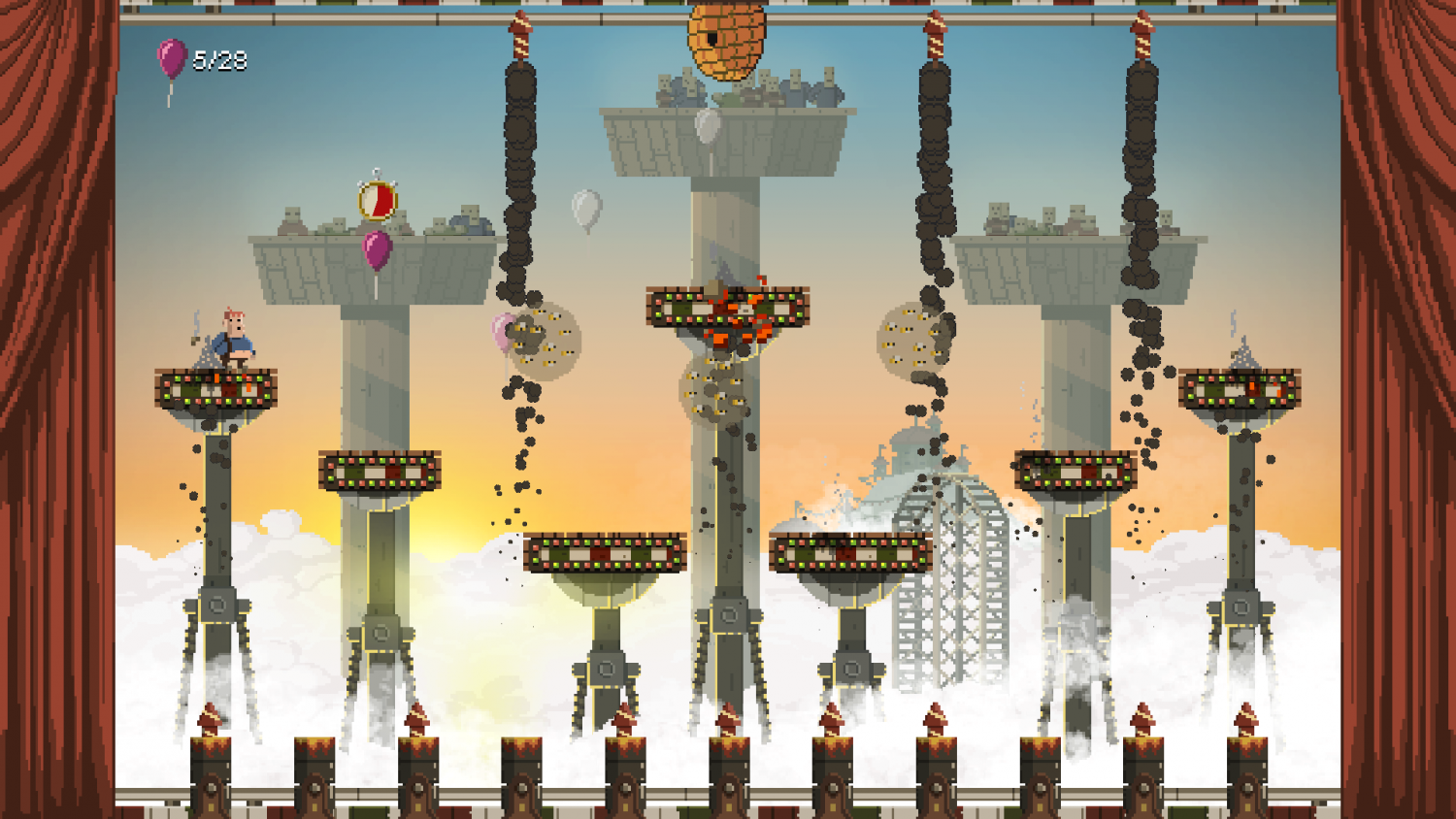 Penarium may very well be the most fun I’ve had so far on the Xbox One. That probably sounds like a pretty strong statement, but it’s the truth. This is 2D arcade-style action taken to the max. It’s difficult, it’s pretty dark and it will have you screaming at your TV every time you die, but it’s totally a blast every step of the way.

The extremely dark (and definitely a little disturbing) premise has you playing as a little boy named Willy who is essentially kidnapped and forced to star in a traveling circus. The ringmaster puts you through trial after increasingly difficult trial that includes guns, missiles, lasers, blades and dragons all trying to kill you as you brake barrels, pop balloons and generally stay alive — all while teasing and demoralizing you between rounds. Did I mention it’s dark? 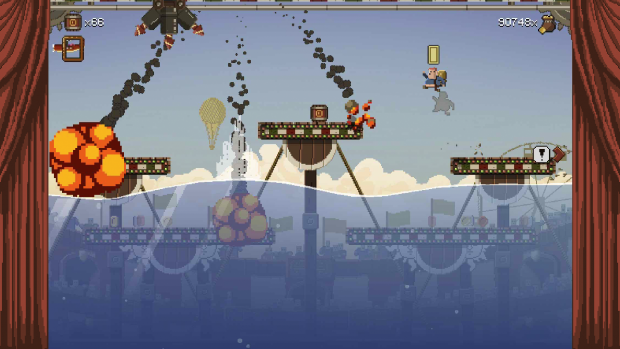 Fun — Wow is this game fun. I haven’t felt the old “just one more” experience this strongly in a long time. I just kept dying and trying again right up until I had to leave the house every morning. The combination of challenge, simplicity — the only control other than movement is jumping with the A button — and variety is simply perfect. Every level gets progressively and naturally harder, but winning always feels just within reach.

Presentation — Kudos to the art and sound department for making such a polished game. The 8-bit style graphics mesh so perfectly with the surrealist, symmetrical circus world, creating a look that is both familiar and refreshing. The music and sound effects are equally perfect. There are even cutscenes that, while not necessary at all for this kind of game, are beautifully rendered and continue the overall deranged sense of humor in a wonderful way.

Extra Modes — Penarium could have easily gotten away with being a great, albeit short little distraction with its 30-level campaign mode, but developer Self Made Miracle opted to add in an arcade mode that actually lets you buy upgrades with earned coins and a multiplayer mode that lets you go head to head. Neither is particularly huge on options, but they each add a solid amount of extra content to the game. 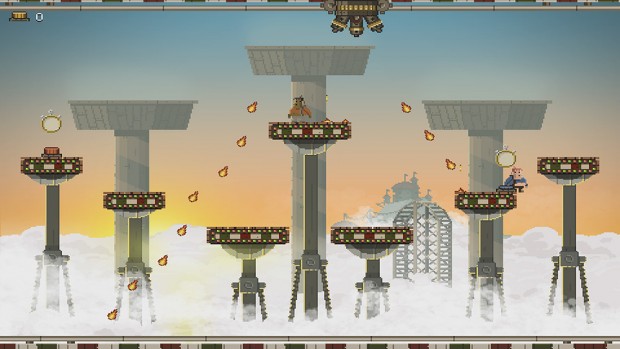 Nothing really — I honestly can’t say there’s anything about the game I didn’t like. I suppose one could say the story mode is a little on the short side, but with all the dying I did, it certainly didn’t feel short. Maybe Self Made could have added in a few extra multiplayer modes or some additional options for the Arcade mode, but as it stands, what you get is more than enough.

I’ve not only reviewed a lot of old school style platformers lately, but I’ve also been reviewing a lot of games that have that old school level of difficulty in which you die over and over again. Even so, something about Penarium, a game that essentially could have been just another old-school styled 2D arcade platformer with an insane difficulty level, made it stand out as something exciting and new. That alone is an amazing feat worthy of putting on a crazy circus.

Penarium was developed by Self Made Miracle and published by Team17 Digital Ltd. on Xbox One. It was released on September 23, 2015 for $9.99. A copy was provided by for review purposes.