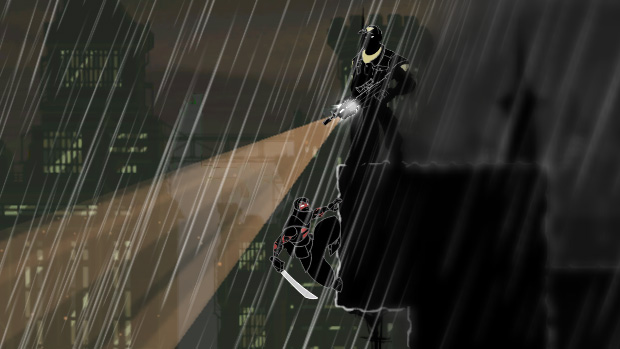 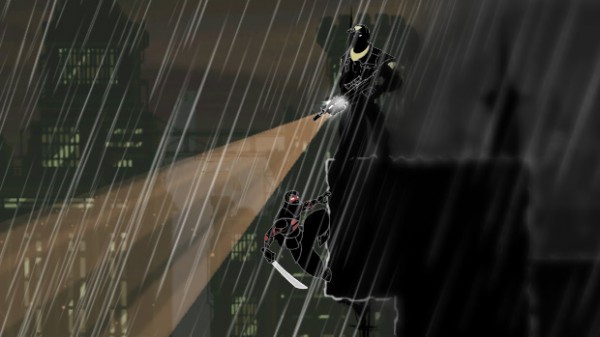 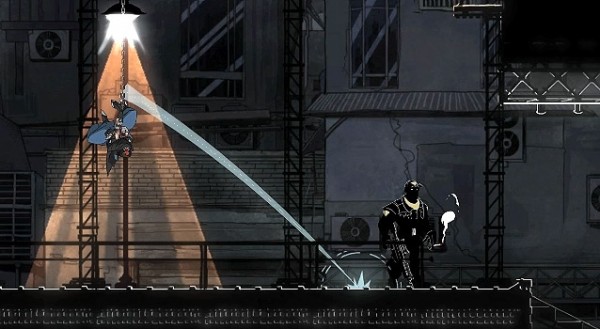 Mark of the Ninja isn’t just about stalking foes and slashing them with your weapon, it’s also about utilizing a Ninja’s arsenal of crafty tools. Players can launch a dagger by holding down the left trigger to aim, focusing it on a destination, pressing Y then letting go of the left trigger. We’ll admit that this feels a tad unintuitive but the developers assures us it’s setup that way to make room for other abilities and tools. It functions, and the result is a downed lantern that distracts enemies and places them in a high state of alert. A field of vision surrounds the front of your enemies letting you know when they can see you. If caught, the acrobatic nature of your character can easily dip out of dangerous situations using any number of abilities.

Our favorite ability, climbing up the side of structures like Spider-man is particularly useful when dodging enemies. Couple this maneuver with your grappling hook and you feel like you’ve mastered your craft.

With the hit of the right bumper, our Ninja transports to a distant ledge overlooking a patrolling guard—from there, players can hit X when he’s directly beneath you or you can shimmy down on the hook to get more intimate. Both options lead to the enemies inevitable demise.

With each consecutive kill, players will notice a score adding up in the top corner of the screen. The developer states these points will be used to upgrade abilities. You can get extra points for rescuing some kidnapped bystanders but reaching them will require discretion. In the demo, a few of these poor souls were tied to a chair while guards meandered back and forth; we had to pop out from under a ventilation shaft to safely dispose of the guards and save the denizens. But there are often multiple ways of offing foes in situations like this. 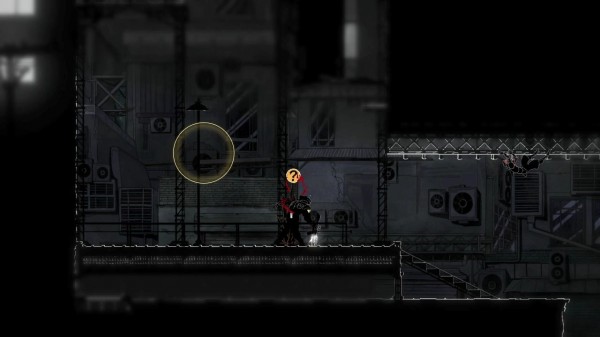 Klei has a great track record, and if the demo is any indication of the final product, gamers will be in for a real treat. Look for the title sometime this year.