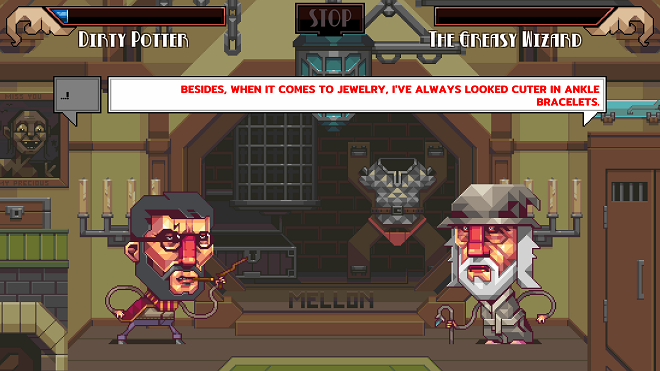 “Well, it took a while to beat the kraken, but we did it. Let’s see what’s on TV before we start another session.”

The following is a program-length advertisement… [Editors note: this isn’t actually an advertisement. It’s a bit. Just go with it.]

Coming directly to you for the first time in decades … the series of shows that brought you a galaxy of stars! Here’s your chance to relive those classic episodes, but in a whole new way. You – yes, YOU – will get to participate in the time-honored tradition of the roast, the good-natured send-up of celebrities old and new. Allow us to introduce Oh… Sir! The Hollywood Roast, brought to you by the good people at Vile Monarch and Crunching Koalas.

Ladies and gentlemen, you may not know Vile Monarch, but you know their work. After scoring a hit with Oh… Sir! The Insult Simulator, now they’re resurrecting the legendary roasts of the past. Take control of a Hollywood action star, an aging starlet well past her glory days, a hero from a fantasy epic, or one of many other entertainment icons as you attempt to roast your opponent by taking random phrases and turning them into the crusher that (good-naturedly) obliterates their therapist-mended ego. 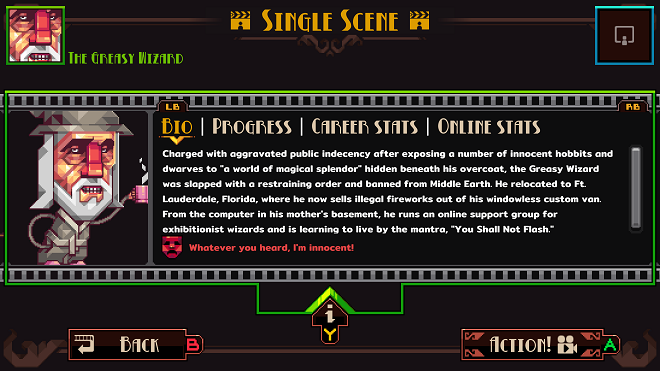 Wordsmithing is fun – By now you’re asking yourself, “that sounds great, but how does it all work?” I’m glad you asked, friend. After choosing your celebrity caricature, start up your choice of production – a single scene, an entire career (of five separate scenes) or battle it out with a fellow celebrity on Xbox Live or in your very own home. Your stars are given a selection of words and phrases to choose from as they build a sentence that effectively roasts their opponent. It’s all turn-based and timed, and your handy-dandy Xbox One controls the action perfectly.

Combat system – All’s fair in love and roasts, you know! Oh… Sir! gives each celebrity an amount of stamina, like a health bar you see in those video games your kids play. The more biting your insult, the more damage it does. But it needs to make sense and end properly; otherwise it won’t connect. Oh, and grammar counts, too; if you form a sentence that’s grammatically wrong, your insult does no damage and you take a hit yourself. The attack system gives the star who finishes their roast last the chance to unleash it first, but even if they are successful in depleting your stamina, all is not lost. If your final insult is enough to deplete their stamina as well, both stars are off to the Cliffhanger sudden-death scene, where the most biting insult wins the match.

Hilarious – The zingers fly as fast as lightning from Dirty Harry Potter’s wand! Jane Blunt, the world’s greatest agent, who really knows how to go undercover, can turn a bruised ego into one burnt to a healthy crisp! Marvel as Chop Sue E. does her own stunts and her own comebacks! These examples, plus the many other stars available, are equally capable of high-class roasting. But watch out, as each has their own weakness. If you find it, use it to your advantage to inflict greater damage, and if you see something that attacks your weakness, you may want to choose it first to block your opponent. Whichever route you take, the options available are funny, bawdy and give you the chance to send up the “stars” with style! 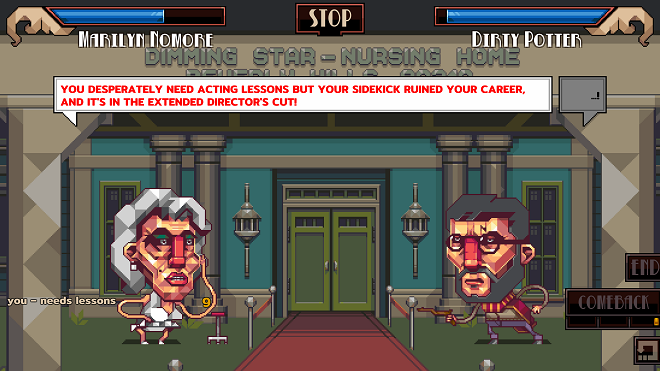 Repetitive – Yes, you can see these episodes over and over again, just like you want to. It won’t be long before you see your favorite phrases, including the same sexual innuendo about the same real-world celebrity, appearing in subsequent rounds. Now, of course, Hollywood loves a good sequel and using the same attack in consecutive roasts (such as two “your mom” jokes in a row) actually does reward you. You may also find that those most biting phrases are few and far between some matches, and constantly appearing in others. We know that everyone wants originality, but you won’t mind J.J. Abrams being brought up repeatedly, right?

Missing metrics – So how do you know what type of damage your roast will earn? Well, to keep things authentic, the process is pretty much just like a Hollywood producer submitting their movie to the ratings board… you really don’t know. It’s described as a “focus group”, but it’s really a super-secret group that will score your roast based on various unknown factors. But even blind luck can land your star a prestigious Golden Parrot, a special award for completing various tasks during a scene that honors their career and leads to some Achievements. Too bad one of the items you can win for (completing a roast in a certain amount of time) isn’t shown in-game, as there’s no on-screen timer. Well, even “Citizen Kane” had its flaws! 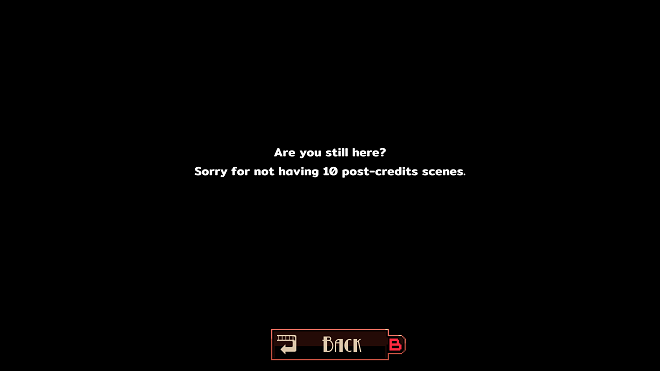 Now that you’ve heard the good stuff, and the not-so-good stuff, you’re probably wondering just how much Oh… Sir! The Hollywood Roast, featuring the greatest (caricatures of) Hollywood celebrities of all time, will cost you and if it’s worth your time. You would probably expect to pay over $200 for all this content, but you won’t. You won’t even spend $100. In fact, the price is so low, we can’t even show it on the air, so you should really just take a chance on it. The laughs alone are worth the very low cost of admission. See you next time when we bring you another classic collection of TV hits!

Oh … Sir! The Hollywood Roast was developed and published by Vile Monarch and Crunching Koalas. It was released on June 1, 2018, for $4.99. The author was provided a review copy of the game.