A new video has been released demonstrating the breadth of gameplay possibilities within a single mission in the upcoming Tokyo 42. Tokyo 42 from Mode7 and SMAC games, is an isometric action title set in intricately designed open-world. Players take on the role of a budding freelance assassin taking on missions to pay your way and becoming embroiled in all sorts of cyber-shenanigans.

Bullet physics, jumping with air control, sneaky stealth and crowd simulation all play a role in this ultra-colourful kinetic frenzy. The game also includes a multiplayer arena mode which is said to be akin to Where’s Wally(or Waldo depending on where you grew up) where players can change their skin and blend in with the crowd, then explode into view with a flurry of overly ambitious rockets. No release date has been announced as yet, but you can check out the gameplay video below. 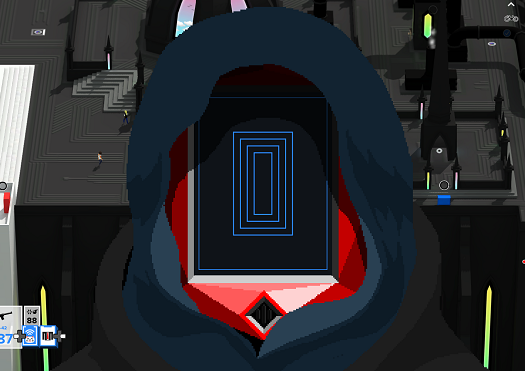