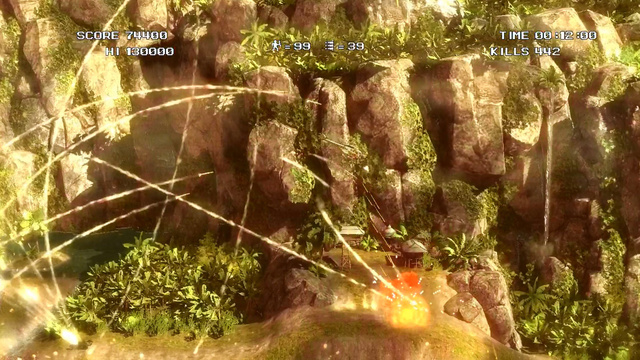 Narcoterror coming to XBLA in 2013

One look at this crazy trailer and it is clear that Narcoterror is all about action. Based on what we have seen this is really three games in one. It starts as an isometric twin stick shooter while on foot. Then becomes a horizontal shooter while in a helicopter. Finally it becomes a vertical shooter when you board a plane. Thankfully the things that always goes along with shooting are explosions and carnage. And really what else would you want when the drug cartels have kidnapped your daughter? We are guessing that the story here won’t win any awards. But if developer Rubicon can nail three different gameplay modes in one game we are certainly in for a treat. Narcoterror is slated to release for XBLA sometime in 2013.