Golf is a physics-based sport, and each hole has a target for the number of strokes to be taken before you sink the ball: its par score. Just like golf, physics-based games also have some sort of par, usually score-dependent. Midnight Deluxe gives you star rankings based on the fewest attempts required to fling your square character into the glowing light. There is no point system, just success or death. There are a ton of levels and each one offers a different challenge. You sometimes must hit a switch to unlock the exit. The backdrop is dark and filled with shadows. I’m not sure there’s really a story, but as with most games like this, it doesn’t really need one.

Quick levels — There are challenging levels, but they’re over lightning fast when you know what you’re doing. Accomplishing three stars can be difficult on your first attempt but, if you’re like me, you’ll want to just finish the game and go back to retry later for three stars. Loading times are great and you can retry a stage with a click of a button (if you realize you’re failing badly). 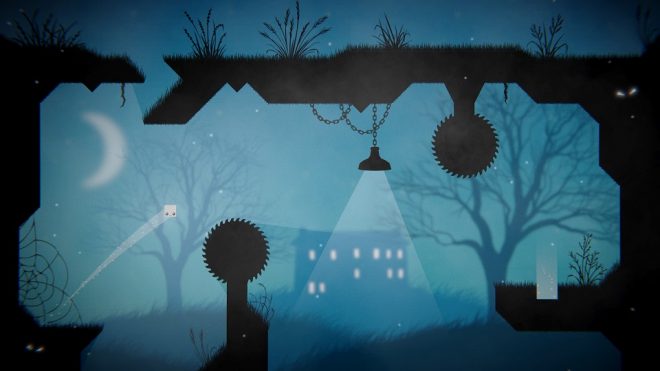 Design — Utilization of dark shadows that get lighter as they get closer to the moon was a nice touch. The eyes lurking in these shadows look devious compared to your innocent square of light. I did like having a par for the levels. It was a break from having to worry about scores that have so many variables. It’s right to the point. Finish the stage in two tries and you get your stars. While the color schemes work well, I did desire to go into other areas of the game. Maybe a green jungle or a yellow beach perhaps. Just something different. There’s a bunch of details to admire. Chains hanging, spider webs, grass blades, and even the dangers all look perfect. When you fling the square around there is a streak of light that makes it look like a comet. I think it all looks pretty neat and I love the design choices that have been made. 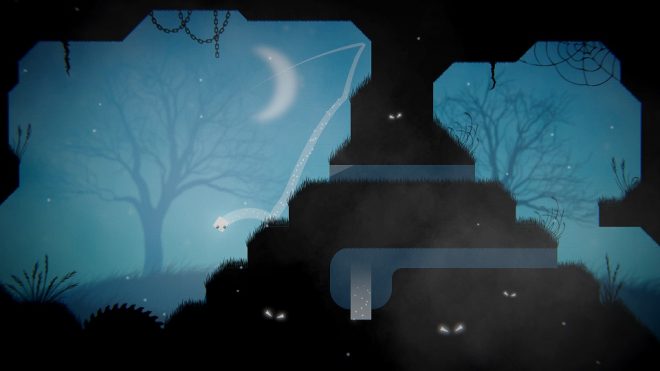 Aiming — The analog sticks are used to not only direct where the square shoots off to but also the force with which it travels. It reminded me of playing pool, where you can either hit lightly or go full power. It’s quite difficult figuring out what amount of force will get you just that last bit closer. It seemed almost off at times. The actual use of the stick is rather difficult and feels awkward. I found myself right next to the hole, attempting numerous times to nudge the little square in. I was either overshooting or not hitting hard enough. If only there was a little aim assist that gave you the general idea of where the square would land. Being the main mechanic of the game, it pretty much ruins the possibility of any real enjoyment.

Sense of progress — As you play through each stage, you will come across different obstacles. But nothing in the environment changes. The sky isn’t any different color, you can’t earn different colors for your character, and so on. You just gain stars. Not that there are no changes between levels; they add saws and lasers too. Without a reward system, you might only finish the first 40 levels in order to gain the final achievement. As much as I like gaining them all quicker, having to beat all levels would really add more reward to completing the game instead of quitting halfway through. I found myself not caring if I got a one-star score. I was just happy to have gotten it out of the way. I wasn’t having a lot of fun and just wanted to get it over with. This isn’t the worst physics game by any means, but there isn’t much to it. With nothing fun to unlock and no sense of accomplishment in gaining three stars, you find yourself bored very quickly. Reload times are fast and the instant retry is great for when you want to test out the level first and mess around before you make an actual attempt. This is probably better on a mobile platform where you can use touch controls to determine the force at which the little square guy flies. With an analog stick, it’s like being in a constant sand trap. I can’t say I hated Midnight Deluxe, but I can say I didn’t really like it either.

Midnight Deluxe was published Ratalaika Games S.L. and developed by Petite Games on Xbox One. It was released on October 24, 2018 for $4.99. A copy was provided by the publisher for review purposes. 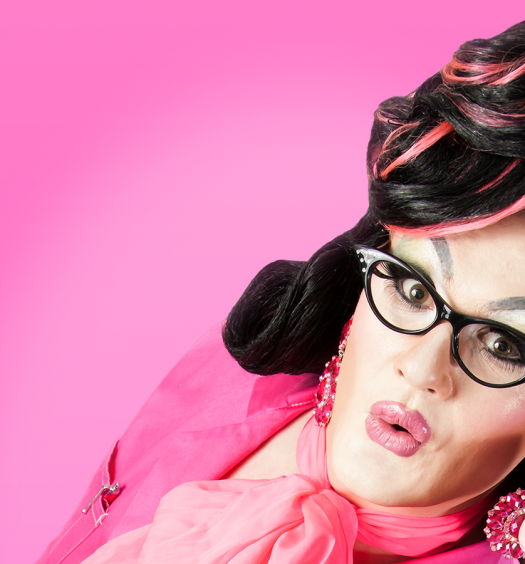 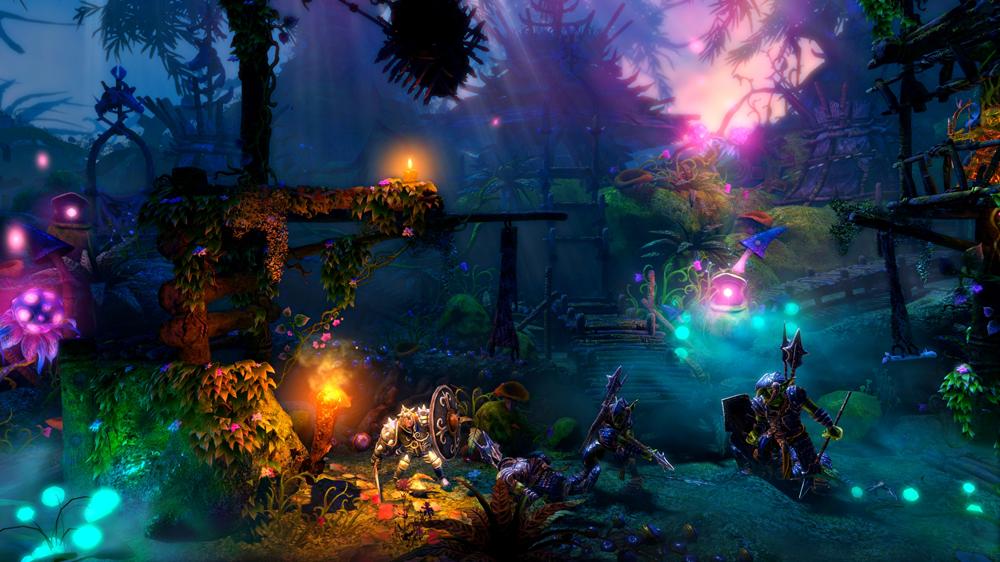