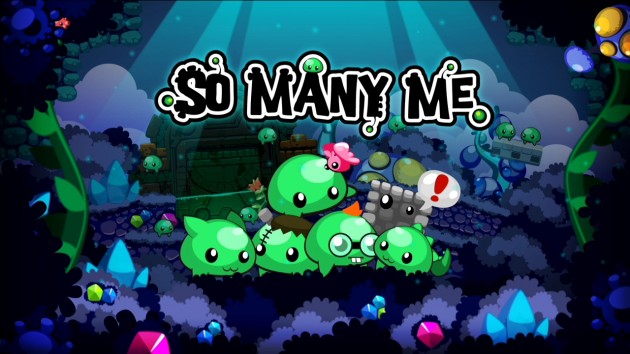 So Many Me, so little time. It was me all along. There is no I in team, but there is me. Don’t worry, the me jokes will keep on coming. My Xbox Gamertag has the word “memories” in it, so naturally I’ve had someone make a So Many Mems joke to me. Looks like I can’t escape the cheap jokes even if I want to. Moving on from the wordplay, So Many Me is debuting on July 16 as the next in Microsoft’s Games With Gold program. Its clone-based gameplay takes on an unusual twist of using clones as stepping-stones to move from platform to platform. It’s up to ME to save the world from evil. That’s what the game is about — it’s not my fault! Spare me, please. OK, let’s move on before I get roasted. 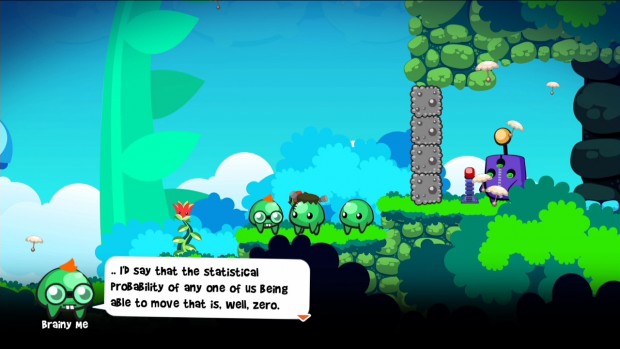 The art — I’m not one to gush about graphical quality, but the art design here comes across vibrant and lively. The art cohesion is top-notch, and there is no wasted step in its motion. The swaying animated graphics manage to add to the atmosphere of cuteness. Continuing the trend, the ME characters are adorable as well. Individually the art is very basic, but put together it creates a wonderful paradise of cheery happenings. There are a few graphical errors that I noticed (one of the images in this review shows an error), but it’s not enough to negatively influence my decision.

The music — To go along with the art, the music adds another layer of cohesion to the setting. The tunes come across as a grand magical adventure across lands of dangerous perils and cuteness. The art and music comes together to create a powerful one-two punch that will lure in any player who likes cheerful games.

The character customization — Each level consists of three collectibles to be found. One of the collectible types unlocks alternate skins that can be used to customize the player’s MEs. Some are better than others, yet most are trendy and provide another layer of cuteness. The best part is that the skins are applied during cut-scenes. Even in later segments of the game, the skins stay applied to individual MEs even if the player might not remember those particular MEs. 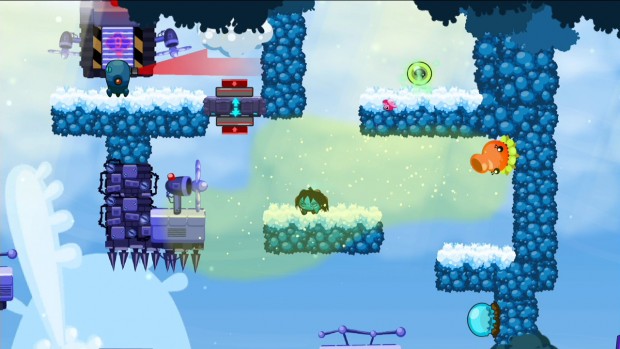 The character power-ups — So Many Me features an odd system of character power-ups that does and yet does not affect the main gameplay much. The three collectibles in each level are accumulated strictly based on actions performed in that level, and players can not expect to learn skills from later in the game to help make this process any easier. So if this doesn’t help with collectibles all that much, what would I like about the power-ups? Some of the abilities are still very useful. For example, Friend in Need automatically reverts the second to last ME from stone to character form while turning the last character into stone form. It basically alternates the two characters between stepping stone and movable character in one button press. Without that ability, this would be a two-button affair that would be tough to micro-manage in a chaotic situation. A more simple example would be Etherizer, which makes cannon fire pass through MEs harmlessly. These power-ups leave an impact and yet don’t at the same time.

Level layouts — The levels are laid out in such a way that So Many Me can feel like more of a puzzler than a platforming game. Players will need to pick their moves carefully to traverse through the terrain. Yet, platforming is still an important aspect to making the proper moves once the right plan of action is carried out. Most levels are well-designed and involve creativity. 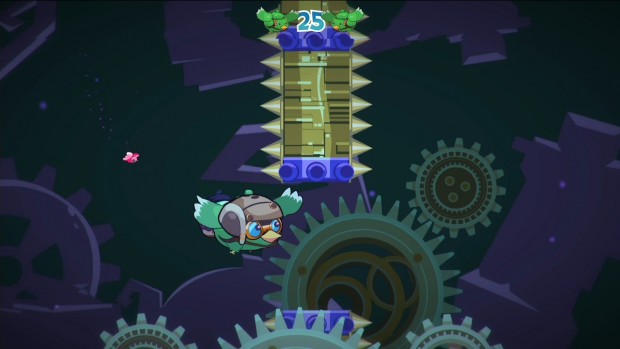 Flappy Bird references need to go away — One of the rooms in the Chrono Castle features a mini-game where the player flies a giant bird through a gap in a wall without dying and seeing how many walls they can pass. While being an easy version of Flappy Bird, these tributes to that game need to go away already. No. Just no.

Mashing mini-game — One of the rooms in the Chrono Castle features a mashing mini-game where the player tries to mash the X button as many times possible within the allotted time. A rapid single button masher is the opposite of a fun and relaxed time. This type of gameplay gets my stamp of disapproval.

Jump mechanics — In a platformer, a character’s jump can make or break the playing experience. The jump animation in So Many Me is the bare minimum of passing. The game is playable and can be completed as is. It may seem like such a trivial thing, and people who don’t play many platforming games will not pay any attention to the mechanics. It jumps, right? The jump in this game always comes out at the same height. It feels awkward to seasoned fans of platformers and is negatively noticeable in the Chrono Castle. So Many Me would benefit from a short hop, and that’s not all that’s wrong here, either. The jump height is just a bit too short and is once again easily noticeable in the Chrono Castle and at the escape sequence at the end of the game. For the amount of times I bring up Chrono Castle, you would think I disliked it. I actually like it overall, but it brings many of the game’s flaws to the forefront.

Bosses — I like the art design of the bosses. What I don’t like is the structure of the boss fights. Everything after the first boss feels like an unrewarding struggle to complete. Many of the boss fights are split in half between chase sequences and arena fights. Stop-and-go action with one-touch death is an iffy style of gameplay. Overall, the bosses aren’t difficult but will cause unnecessary grief and annoyances. These are some of the weaker moments in the game, and I’m not quite sure how they can be fixed, but, as is, they don’t feel right. 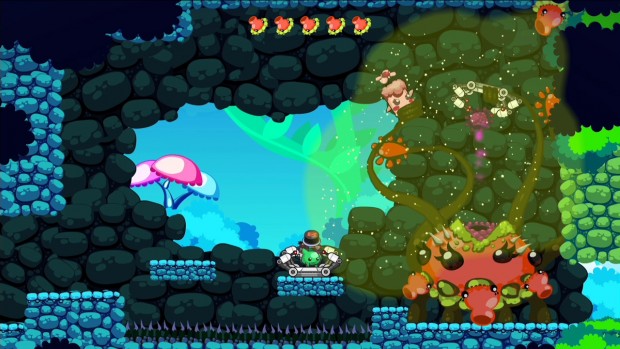 The final boss — Talk about a sharp difficulty spike. For those who spend their time collecting everything the game has to offer, the final boss fight will be tough but something that can eventually be overcome through trial and error. For those who only stick around to beat each level, get ready to get upset. Most of the game offers multiple checkpoints during a boss fight, meaning that even when you fall prey to a cheap shot, you won’t be set too far back. This does not apply on the final boss. All five hits to the last boss need to be done in one life, and the screen is constantly active with flying projectiles leaving the experience similar to a shoot-em-up. Tack on the lack of a short hop, and you’ll end up colliding into many things you never intended to touch. The concept of the fight is great, but the execution is lacking. The first time I finished the fight, I felt like many of my deaths were cheap and unfair.

The escape sequence after the final boss — I just complained about something that’s cheap and unfair above. Amplify that by 10x here and join me as I belittle So Many Me‘s unnecessary, pathetic and cheap excuse of a final segment. Seriously, who thought this was a good idea? Picture this: a fast side-scrolling segment going the opposite way you entered the level. That alone would be enough to throw people off. Now tack on lava pillars that slowly occur one time in certain areas and destroy the ground in front of you while momentarily covering part of the screen from top to bottom. You have to be fast enough to avoid the side-scrolling but slow enough not to be standing on a part that gets broken by a lava pillar. Here’s the kicker: three fireballs wiz by every few seconds that almost always know where you want to go and will get in your way or flat-out be angled to hit you. There is only one path for most of the escape and while you’re trying to stay ahead of the side-scrolling, fireballs will cut off your only path forward or hit you in places where you can’t dodge them as there is nowhere else to go. Some parts feature yellow gas preventing you from using ME powers and leaving you with only basic jumps. Now imagine being trapped with no place to go and being limited only to jumps that can’t be varied in height and don’t go high enough when you really need them to. No checkpoints happen here, either, even though the rest of the game is filled with them. So Many Me should have just ended with the boss. Believe me when I say I was cursing up a storm during the escape.

… and the credits — After the final boss and an awful segment that could single-handedly ruin the experience for people, what else can go wrong? How about playable side-scrolling gameplay through the credits? If you’re the kind of person who wants to 100% a game, you have to pay attention and collect a few collectibles on the way out. I wanted to walk away after being massively annoyed by the escape process only to see that something was happening on-screen after I put my controller down. I missed two collectibles. I couldn’t find an option to play the credits again on their own, which meant I had to repeat the last boss and the escape segment. Although easier the second time, I still hated it. 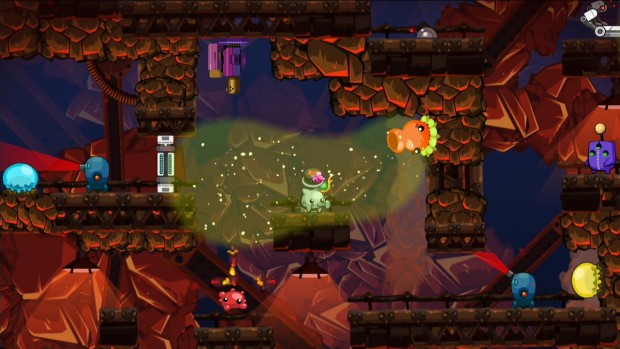 Premiering on Xbox One via Microsoft’s Games with Gold program, So Many Me can be tried risk-free this month. I came into the title with low expectations and left with mostly positive impressions. Although I didn’t find the game too hard for the most part, it may stump players in some areas. There is no blood, guts, hardcore violence or instant gratification here. But if you can get by without that stuff, you should leave at least partially satisfied with So Many Me. Even if it wasn’t free for its first month, I’d still recommend it.

Achievement notes: Most Achievements are story-based or collectibles-related. Dream.Build.Play, which involves six MEs wearing six specific costumes of the 42 found in-game, might be confusing. Those costumes are: Dead Samurai Dishwasher, Weapon of Choice, Lumi, Tetro Me, A.R.E.S. and Ahrah Wielder.

So Many Me was developed by Extend Interactive and published by ORiGO Games on Xbox One. It will release on July 16, 2015 for free for Xbox Live Gold Members and for $14.99 everyone else. A copy was provided for review purposes.

Platformer Games with Gold So Many Me ORiGO Games Extend Studio 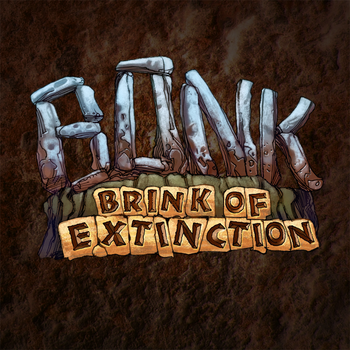 Stream the cancelled Bonk: Brink of Extinction soundtrack for free. 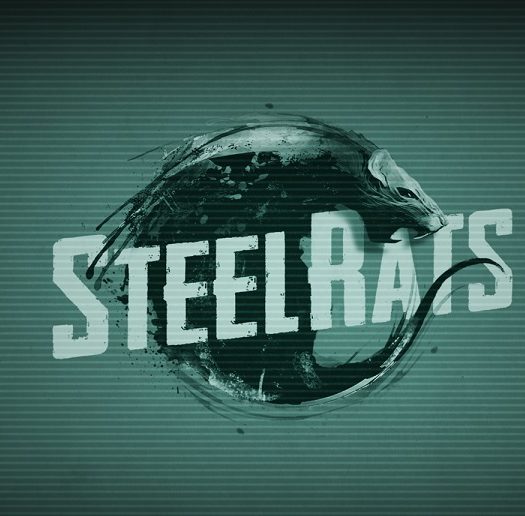