Lost Ember begins by building a compelling mythology: upon death a human’s spirit is delivered to the heavenly City of Light, but those unworthy must remain on Earth and become wildlife. You play as one such lost soul, who returned to this world as a black wolf. She’s trying to rediscover the events of her past life, searching for a way into the afterlife. While an interesting setup, I’m not sure I agree with the execution; while being any wild animal would be jarring at first, a wolf seems too high on the food chain to be a proper purgatory. After playing the game I’ve come to believe the ancient stories just didn’t have the full picture: included in the package is an ever-present, talkative, Navi-like guiding spirit. A constant annoyance you can’t tell to shut up is the true prison you’re trapped in, making the specific animal form inconsequential.

Super Animal Odyssey – While you start out as a wolf, you have the whole animal kingdom at your disposal. With a press of a button, your spirit can take control of any animal nearby. In a matter of minutes you can go from digging underground tunnels as a mole to soaring through the air as a bird. It’s slick and seamless, making exploring the world the way you want a breeze. While you need another animal nearby to transform, you can revert back to a wolf at any time. Every animal has unique controls that are fun to discover, and adorable emotes specific to each species. My favorite has to be the hummingbirds, who were given a very zippy control scheme that wonderfully simulates the movements of their real-life counterparts. The well of species isn’t terribly vast, but each one is well-realized and unique. The world itself is also tailor-made for every animal in it, ensuring that every animal you see is well-suited for the surrounding habitat. Fish won’t be in just some boring lake, they’ll be in a lake full of underground tunnels and ancient sewers to explore. Birds get ample airspace and rolly-polly wombats are always grazing atop big slopes. Everything is fun to play and given their time to shine, but nothing compares to just sprinting through the tall grass as a wolf and taking in the beautiful world around you.

Breadth of the wild – In the macro, Lost Ember is a beautiful game that knows how to create breathtaking vistas. Upon closer inspection, however, the game falters. While the game is semi-open there is some linearity to it, throwing you into expansive areas with a clear path through them. The edges of the world are unnatural, halting exploration with a boring grey slab of rock or an invisible wall. The game’s guided central path will keep things from faltering visually, but with so many collectibles to find you’ll constantly be scouring the rough edges. The visuals also don’t hold up the smaller you get, which is unfortunate because the smallest animals are the most fun. There’s nothing like being an adorable baby duckling, but the lack of detail at that scale ruins the change of perspective. The bold colors and artful geometry are perfectly tuned to be experienced at wolf-size and wolf-speed, but falls apart when seen any other way.

Untamed wilderness – The environmental quirks are just a fraction of the game’s overall lack of polish. Running short distances through the world almost always causes stuttering, and may even be to blame for a hard crash during my first play session. I’ve since encountered numerous technical issues, including clipping through solid objects, birds flying without leaving their walk cycle and other animals motionless with absent AI. There are numerous small oversights across the board, like how falling from a great height will make the screen fade to black and respawn you atop the cliff – but with smaller “fatal” drops you’ll safely stick the landing before this reset kicks in. Another time I accidentally glided into a seemingly bottomless pit, only to be permanently stuck at the bottom of a featureless canyon. There’s thankfully a checkpoint reset, though in this case it did cost me a surprising amount of progress. The game’s not completely broken, but it desperately needs a good patch.

Stuck in the past – The game’s story is a strange issue – while it does provide a good justification for the core gameplay, everything beyond that actively gets in the game’s way. The main objective is to rediscover the wolf’s past human life, experienced through ethereal memories scattered around the wilderness. For every one you find, the game stops to show you a stationary scene of red ghosts, narrated by your traveling companion. These cutscenes are incredibly awkward as the spirit human-splains his hypothesis of the wolf’s past life as said wolf just stares silently. Bigger memories have proper flashbacks told through still images and voice acting, but those still fall flat. The writing is trite and the voices acting lacks emotional weight. I couldn’t have been less interested in whatever went down in the past, turning the story beats into speed bumps on my journey.

Lost Ember provided me an endless list of grievances at every turn, but that never stopped me from actively enjoying the game. It’s a technical mess with a terrible narrative and some poor design choices – but there’s just something so relaxing about running around the wilderness at your own pace. The gameplay’s done right, and there are some brilliant moments where everything comes together, but it’s hard to recommend a game in this state of disrepair.

Lost Ember was developed and published by Mooneye Studios. It was released November 22, 2019 for $29.99. A copy was provided for review purposes. 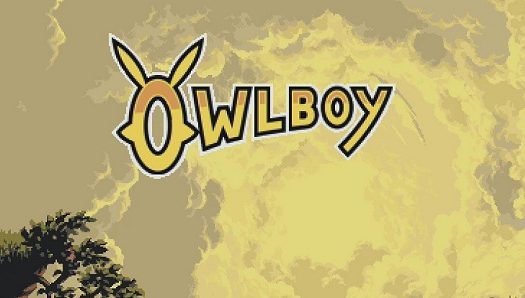 Champions of Odin preview: A Norse day for adventure