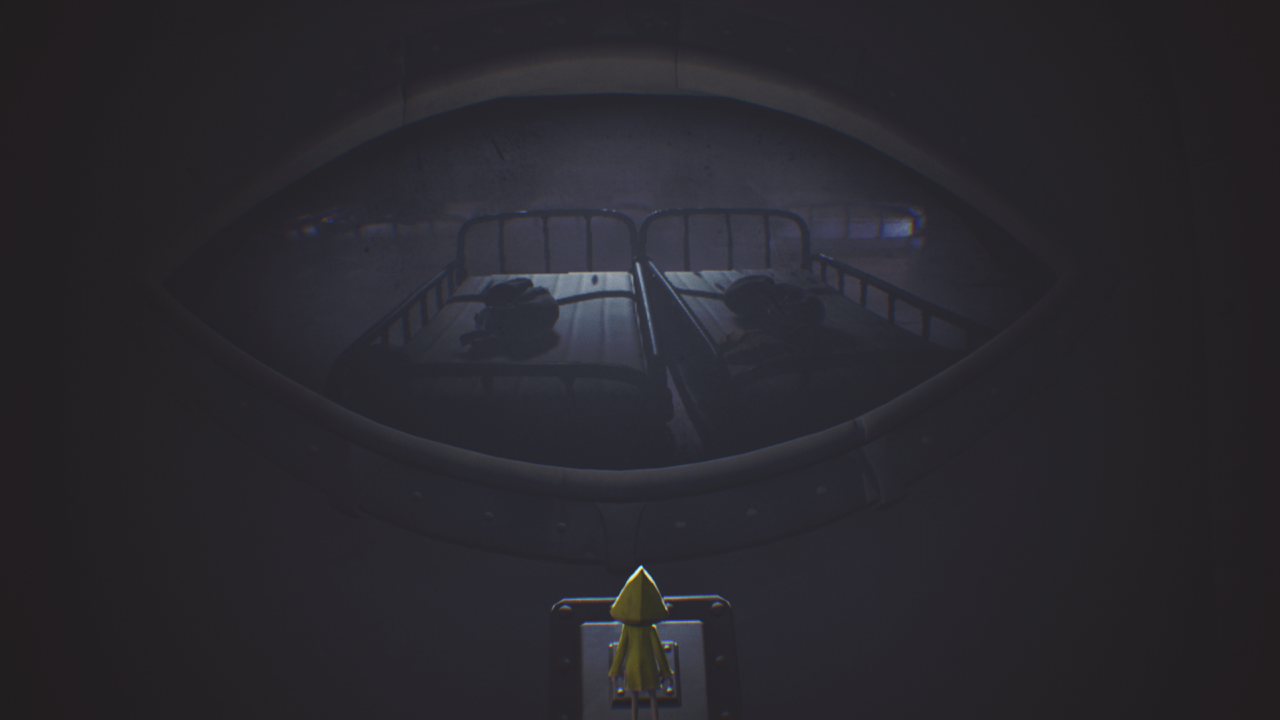 In an opening that’s perhaps a little too on the nose, Little Nightmares introduces the protagonist as she wakes up from, well, a little nightmare. Though never uttered in the game her name is Six, and she’s woken up on The Maw, a hostile place filled with deranged beings looking for little snacks to eat. With nothing but her yellow raincoat and a tiny lighter, she must escape her prison with her life intact. If this were a real-life experience, it would be much more than a little nightmare, but as a game, this is a dream from which you won’t want to wake up. 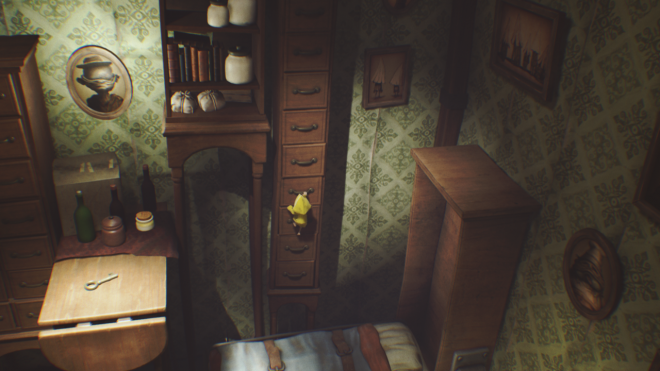 Gameplay – The game’s best described as a 2.5D sidescroller, but that label may undermine its great use of the third dimension. While playing it feels more like the static camera of classic Resident Evil games, but every room occurs in a sequence left to right. You explore the environment through a standard moveset of running, jumping, ducking and climbing. You also have a grab button, which lets you pick up or interact with objects. Platforming and puzzle solving feel very tactile as you scurry around a giant room like a mouse, leaving your fingerprints all over the physics-based world. Puzzles aren’t too mind-numbing, as solutions will come naturally upon examining your current environment.

Creepy crawlies – The Maw is a fantastic encapsulation of childhood fears, as poor Six often feels minuscule compared to the giant unforgiving world. While you explore a wide range of indoor environments, death and decay remain a consistent visual theme. A constant, gentle sway reminds you that your world is floating atop the endless ocean. The camera is always slightly askew, panning and zooming appropriately to create an unsettling cinematic experience. It creates a sense of unsettling tension better than most straight-up horror games, rarely relying on cheap jump scares or detailed gross-out moments for shock value. Despite all that is dark and depraved in the game, there’s also a hidden warmth. The art style adds a surreal feeling that makes exploring the environments interesting instead of upsetting. The protagonist is also a bright yellow ray of hope, which shines most during the optional content: you can brighten things up by lighting candles along your way, and one of the major collectibles is saving, then hugging, small creatures called Nomes. This isn’t some unbearably terrifying experience like Outlast; while it may be creepy feels a lot more welcoming than your average horror game.

Monster mash – While the game is called Little Nightmares, the true nightmare fuel is actually pretty large. Throughout the game, Six will be hunted by a series of monsters – giant humanoid figures with distorted proportions and ill-fitting skin. Everything from their design to their animation makes them frightening beasts. When you see one, there are only two options – hide or run for your life. Level design is at its best in these moments, as it’s always obvious which choice you have to make and gives you just enough time to react. Stealth segments are a particular thrill; you’re going to get up-close and personal with game’s baddies, and it’s intense. Once they start looking for you and sticking hands into little crevices, it gets pretty scary; you can even hear and feel Six’ heart beating faster the closer danger is. Stealth segments are fairly linear, but some more open levels present a few options for getting around. Chase segments are thrilling in a much more visceral way, as you run, jump, and slide your way to safety. These moments aren’t so hard you’ll repeat them constantly, but even the best runs will only leave you inches away from certain death. Eyes everywhere – While the AI usually plays fair, the monsters sometimes have the uncanny ability to find you instantly. I’ve crept into rooms while a monster’s back is turned, made no noise, and yet it bolted around and grabbed me. If I did the exact same thing on my second try, it usually worked. Once the AI didn’t start the necessary scripted even, halting my progress completely and forcing me to restart, These inconsistencies do add a sense of fear, but that’s more due to the unfair challenge it creates.

Two steps back – The game’s autosave feature isn’t great. While the game is short enough to beat in a few sittings (roughly four hours), whenever you come back to it you’ll likely be farther back than you remember. Autosave points differ from checkpoints; while checkpoints are frequent and well-placed autosaves are more sparse, often before sizable sequences. There’s no bonfire or marker to signify a save, just the fleeting image of an eye flashing at the bottom of the screen. It would have been nice if the game saved more often, or let you save manually, or at least make it more obvious when it does save because losing progress sucks no matter what game you’re playing. Little Nightmares is dark, eerie, startling, gross and sinister – all without resorting to M-rated content or a first-person camera. It’s a great puzzle-platformer that is amazingly atmospheric, where the scariest parts are a fun gameplay experience rather than a game-halting fright. In many ways, it reminded me of Inside, but I have, to be honest: despite being a little more rough around the edges, I like Little Nightmares more.

Little Nightmares was developed by Tarsier Studios and published on Xbox One by Bandai Namco. It was released April 28, 2017, for $19.99. A copy was provided for review purposes. 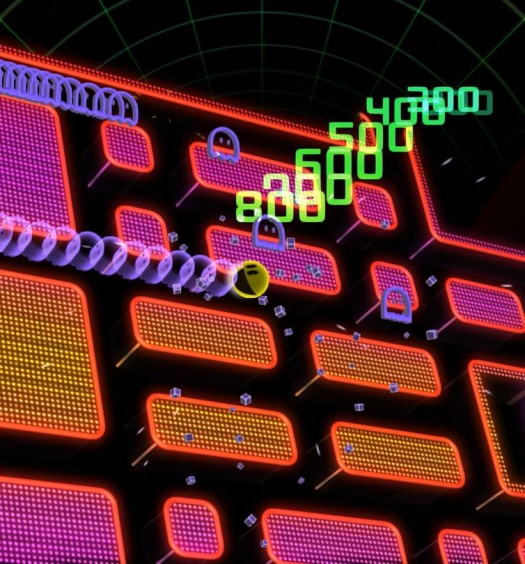