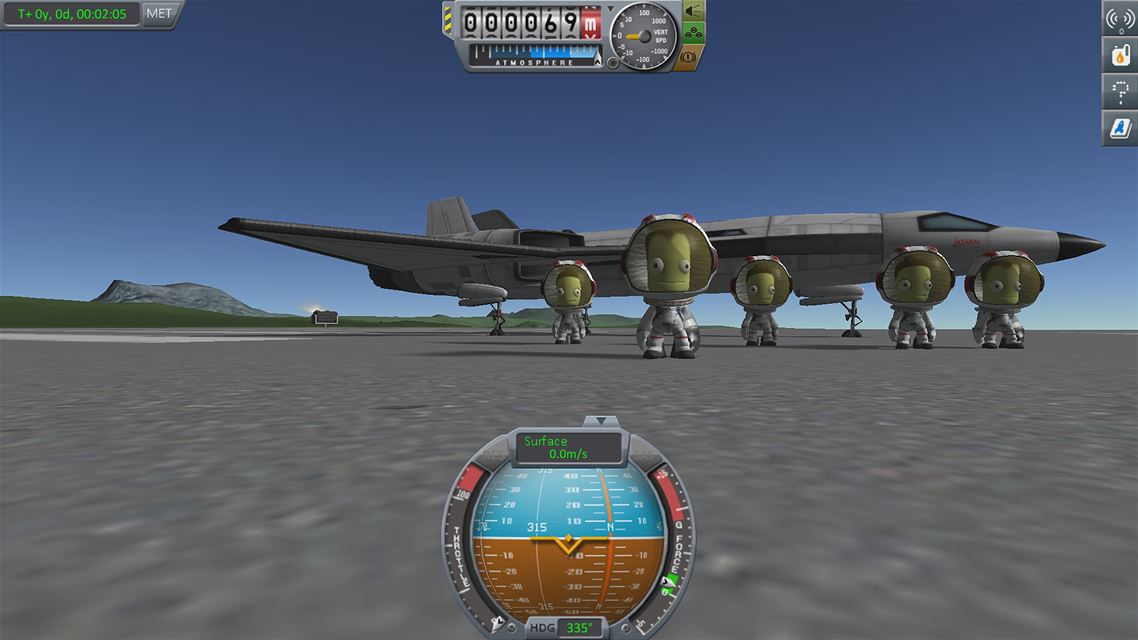 Kerbal Space Program offers a sufficiently detailed, albeit quite laborious series of tutorial missions and then the game proper, which can be played in career, sandbox and science modes. Each of these offers a different slant on the basic premise, with career mode being my preference because it blends traditional progress mechanisms with the vast scope on offer, and allows the player to focus on one thing at a time. Whatever mode you choose, Kerbal Space Program demands that you design and construct vehicles that are worthy of space flight, no matter how short that flight may be. The Kerbals learn with each success (and failure) allowing them to unlock better ship components and facilities, and eventually, even the outer limits of space are within their grasp. 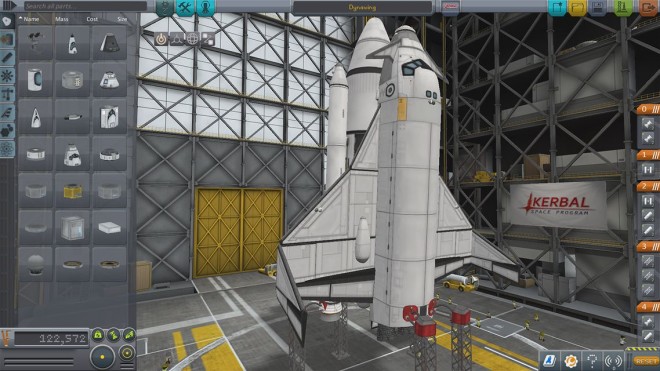 Fantastic attention to detail – Even though my early forays into Kerbal Space Program were largely focused on the somewhat clunky tutorials, it was evident to me from the outset just what a labour of love this game has been for the developers. Everything I could have imagined in a space program simulator has been covered, and literally, hundreds of features and nuances about space flight that I would never have known about are included here as well. I wasn’t much of a space nerd before I played Kerbal Space Program, but I sure am now, and I even feel as if I’ve been educated somewhat by the experience.

Remarkably ambitious – While the scope of what is included in Kerbal Space Program is impressive, the scale of the game is nothing short of incredible. Even if the game only featured the building and resource management elements that take place on terra-firma, it would still hold up against most similar games in terms of content. The space flight element that follows is nothing short of remarkable, and for me, it represented both the toughest challenge and the most rewarding aspect of Kerbal Space Program. Building early rockets that have limited control systems designed to make a basic orbit is quite easy, but creating advanced shuttles and piloting them around the Mun (aka the Moon) using the highly realistic physics engine is far, far more complex. Ensuring your much loved Kerbal pilots are able to return home safely is also a consideration you’ll want to take seriously after spending so much time staring at their loveable faces.

Surprisingly good fun – I’ve already revealed how Kerbal Space Program drew me in with rich, deep and unique gameplay, but perhaps the most surprising thing about the game is that for all the physics and realism, it retains a remarkably fun, adventurous vibe throughout. The Kerbals are characterful and willing to be blasted into space, but whilst that may set the tone, there are lots of other things about the user interface that turn what could have been a dull, stoic experience into a really enjoyable one. Take ship construction for example, the first rockets require only a handful of parts to assemble, and the launch sequence is managed in two or three phases that are logical and easy to understand. Later in the game, things do become a lot more complex (especially flight), but most aspects of the game will feel like second nature by that point. 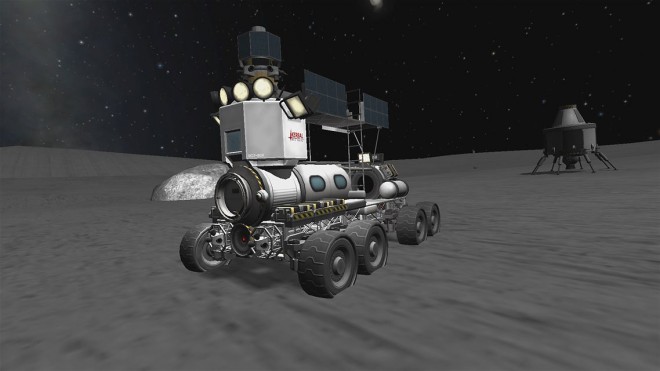 Probably (maybe) not for everybody – I entered into playing Kerbal Space Program with serious reservations about whether or not I would enjoy playing it, and I ended up being pleasantly surprised. That may not be the case for everyone, though, because the non-competitive nature of the game and the steep learning curve associated with building and piloting your spacecraft could be quite a turn-off. Others might be convinced it would bore them, and that may well be true in some cases as well.

Some console specific issues – In general, Kerbal Space Program has been converted extremely well from the PC original in terms of migration from mouse and keyboard to gamepad. However, there are a few issues in other areas. Some of the information boxes obscure the construction view quite badly, and there are other camera issues of a similar nature. The graphics, in general, are less than stellar, albeit passable, and the game suffers from a common PC to console issue insomuch as that much of the onscreen text is so minuscule it can barely be read without squinting at the TV. It would also be nice to see a bit more information about what caused ships to fail when they do, as I found myself guessing a little too much on occasion. 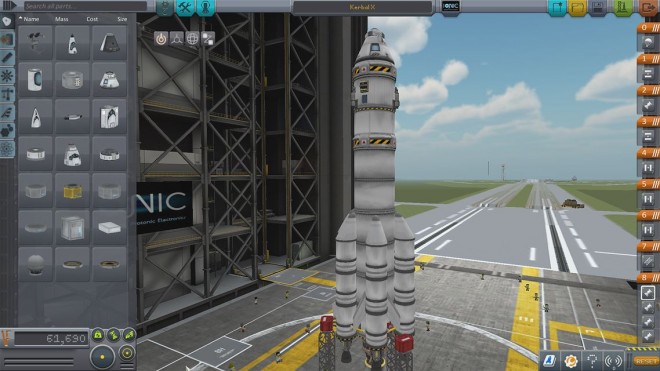 Whilst I recognise that Kerbal Space Program may not be for everyone, it is nonetheless an exceptional game that delivers, perhaps more than any other game I’ve played, exactly what it promises. If space flight is of interest to you, or if you are looking for something completely different that celebrates the best of what indie games can offer, then Kerbal Space Program is a fantastic way to spend an awful, awful lot of your free time.

Kerbal Space Program was developed for Xbox One by Squad and Flying Tiger and was published by Squad. It was released July 15, 2016 for $39.99. A copy was provided by Squad for review purposes.