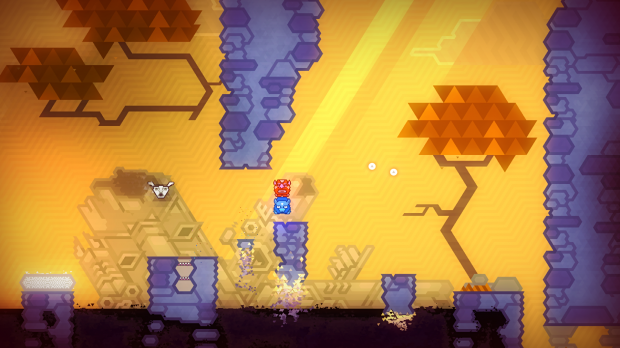 The graphics — The art style in this game is just gorgeous. Everything is made out of triangles in a really unique, cool way. Lots of great effects and colorful choices fill out the graphics and animations. And just wait till you see the bosses.

The humor — There are tons of great, laugh-out-loud jokes in the game. A lot of them are very meta video-game jokes. In one of the bonus rooms scattered throughout the game world, your guide, Hoebear, calls the room “something Hoebear likes to call extra content.” They even go as far as to make fun of the achievements you can get.

The music — The melodies in the background music are memorable and simply don’t get old. They add to an already excellent experience.

Challenging gameplay — The puzzles in Kalimba are the kind that are just hard enough to make you have to try multiple times and in some cases, really push your brain to the limit — but not so hard that it makes you want to stop playing. It’s a pretty perfect level of difficulty. Some might argue that Press Play is too lenient with the checkpoints, but I honestly doubt I’d ever be able to finish the single-player campaign without them.

Level design — We’re talking almost Mario-esque level design here. With each stage, you’ll find new ideas that not only surprise you in great, satisfying ways, but that also teach you new mechanics that you’re going to need down the road. The power-ups are introduced at a steady rate, perfectly in tune with the new enemies and obstacles you’re going to encounter. 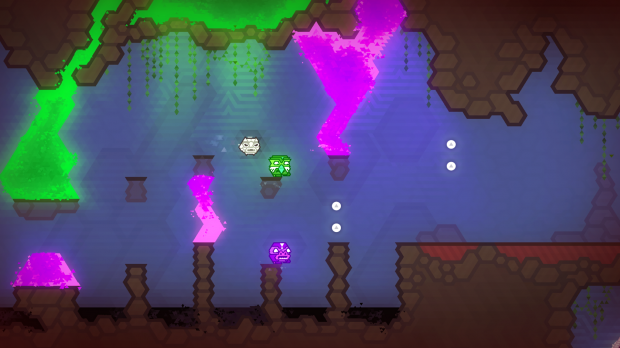 There’s not much to not like — Honestly, I’d really have to nitpick to find something I didn’t like about Kalimba. I was going to say that it’s on the short side, but first of all, the game is only $9.99, and second of all, there’s an entire co-op multiplayer mode available with different levels (I didn’t have anyone available to try it out for the purpose of this review, but it looks like a great addition). There’s even an “Old School” mode in which you have a set amount of lives and continues, which sounds like an absolute nightmare considering how much I had to die to complete most of the levels.

Press Play previously made Max: The Curse of Brotherhood for Xbox One, which to me is one of the great hidden gems of the console’s early lineup. Kalimba retains the “gem” descriptor, but hopefully it will shed the “hidden” one. Press Play has struck gold for a second time in a row, and I can’t wait to see what it comes up with next.