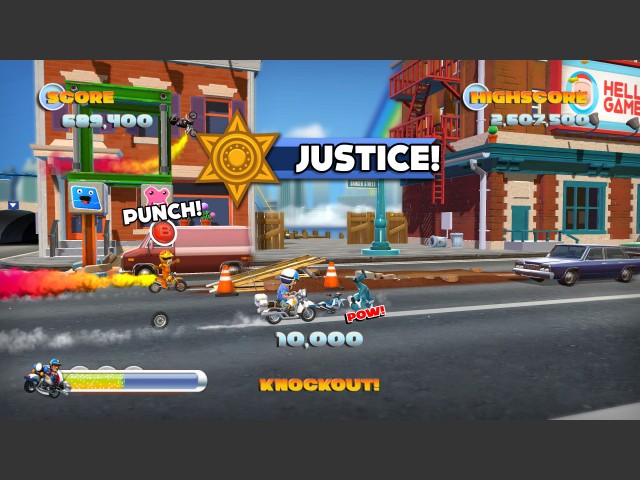 We’re big fans of Joe Danger. It’s like someone took Excitebike and injected it full of Jolt Cola. We couldn’t get enough of it, so when the sequel was announced back in March we were all squealing like Justin Beiber fans (female, of course). Now we can report that the game just passed certification, which means Microsoft has given its stamp of approval. We also know that male and female avatar awards will be included–a new helmet, a jetpack-toting sweater, and some new spiffy riding pants. If that’s not enough GameSpot has a heap of footage showcasing the different challenges that everyone’s favorite stuntman will face. Joe’s much more versatile this time, tackling a snowmobile, a jetpack, and even a unicycle in addition to his stunt bike. Look for a release date soon.