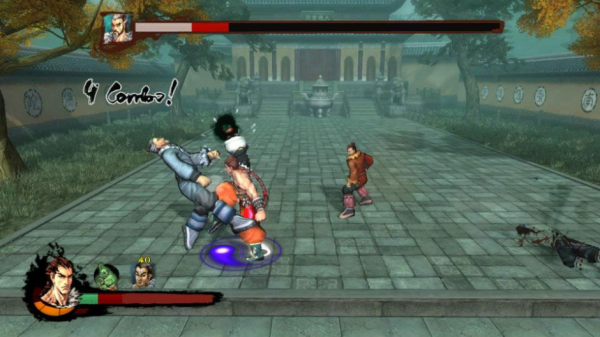 XBLA Fans: You have released games across many digital platforms, from mobile devices to Steam. What made you choose XBLA this time around instead of a path already traveled?

Rob Burman: We’re looking at releasing on a number of platforms and XBLA seemed the perfect home for a fast-paced and old school beat-‘em-up. It should sit nicely alongside titles like Castle Crashers and Teenage Mutant Ninja Turtles. Also, this isn’t the kind of title that would suit mobile devices, you need lightning fast reactions to block and dodge, so the last thing you want to happen is to get interrupted by your mum calling you in the middle of a fight .

XBLA Fans: Kung Fu Strike appears to be completely different than anything else you have ever done, was this ever a concern?

Rob Burman: At 7sixty we’re looking at publishing a range of different games from hardcore titles like Kung Fu Strike to iOS games such as Minor Lords. To be honest, that’s not a concern at all and it’s actually exciting to work on a variety of different genres, so you never get tired of just working on one product over and over again.

XBLA Fans: Do you feel the final game reflects your original idea or has something completely new been created through the process of trial and error?

Rob Burman: Overall we’ve achieved what we intended to do in the game. However we added a lot of new stuff, which makes it even more fun than what we originally hoped. 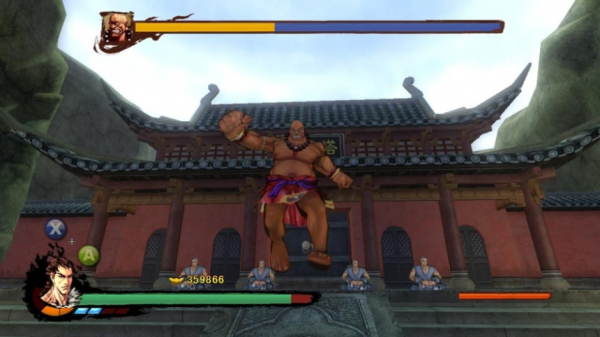 XBLA Fans: Do you feel that there was anything you would have love to done with the game, but do to limitations: e.g. XBLA requirements, time, hardware, deleted material, etc.?

Rob Burman: There’s always something else you want to add into a game – if there wasn’t a limit on resources – but for Kung Fu Strike, we feel we’ve done much more than we originally wanted.

XBLA Fans: Cel-shading is a very unique graphic style; was this choice a natural fit or did you attempt any other styles first?

Rob Burman: Actually we’re not using cel-shading and instead we’ve used painting styles inspired by Chinese artwork, which give the game a cel-shaded style. We thought this art style represented the spirit of Kung Fu.

XBLA Fans: The trailer and story only reveal one protagonist; does this mean we won’t be seeing any type of multiplayer?

Rob Burman: Yes, we support multiplayer. You can play either co-op or play against a friend in the versus mode. Both of these modes are local multiplayer, so we encourage players to get their family and friends involved in some Kung Fu fighting. 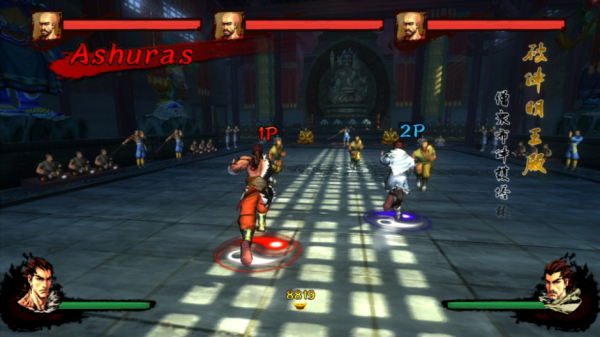 XBLA Fans: Should we expect this to be a simple game that anyone can pick up and play or is there a little bit of a learning curve involved?

Rob Burman: Kung Fu Strike is an easy game to pick up and play, so anyone can learn the core gameplay within a minute. However, as you progress the game provides you with plenty of tough challenges, particularly all the different enemies you encounter, who each have their own Kung Fu styles, which you must learn to defeat using every technique available!

XBLA Fans: As in any action oriented style game the controls are very important; will the fighting mechanics remind us of anything we have ever played before or will this be something new and original that you constructed?

Rob Burman: Although it looks like an old school beat-‘em-up brawler, we really want to emphasize the Kung Fu feel – so you don’t have to remember a string of complicated button presses just for one combo, instead you just press the right button to execute extremely smooth and fluid attacks. Because of this we feel the combat ‘flows’ a lot more than traditional beat-‘em-ups.

XBLA Fans: Is this a “complete package” or do you have plans to expand on the experience with DLC in the future?

If players enjoy the experience, then we’ll definitely plan something extra for them.