Sometimes a hero needs saving. That’s where you come in. Your role in saving the world in Hero Express is delivering equipment to a needy hero who won’t be able to beat a villain without your help. You’ll play through 11 tracks, each with their own unique vehicle. Since each level takes place in a different environment, you’ll need the right vehicle to complete it. You gain money by collecting it throughout the track. The amounts get higher as you travel. You have one shot to make it to the finish line, or you’ll be starting over. However, with your money, you’ll be able to upgrade the vehicle’s stats to make it better. It’s very physics-based, meaning you’ll need to master momentum with jump-filled areas and hazards.

Focus on Support Character — What a great concept! You play a support role. The hero is always forgetting or running out of something he needs to defeat a villain. Your job is to deliver his gear. You will be faced with a dangerous road, as he’s usually somewhere exotic. It’s really cool that every level is a different environment and you use a different vehicle to do the delivery. The actual hero is so cliché it’s almost funny. He’s like a goofy Mr. Incredible. He doesn’t look like he could put up a fight with the monsters, but that’s where your courier comes in: to supply him his much-needed equipment, which was likely developed by another support character. I like playing as the guy in the background that doesn’t get the credit he deserves. It’s how a lot of things work. You may love the Avengers movie, but you have no clue who has been making the amazing special effects that define and bring everything to life.

Unique Each Track — Sure, the goal is always the same for each stage, but there is always something different to look at. There are different hazards depending on the level, as well as the pickups to gain money. A level might have dollar bills, but another will have diamonds. Each stage also has you in a different vehicle, with their own upgrade trees. The one thing that stays consistent is the two pickups. You will always have a window cleaner option as well as a super jump. I wish there were more pickups but that’s all you get. I enjoyed being able to go play any track I wanted to without first needing to beat a specific one. This allowed me to come back to a level that was annoying me. I saved the swamp for last, because that one demands a bit more thought. You have spike ceilings that you have to really be careful about. The more upgraded you are, it actually becomes a challenge in those sections. You go too fast and will find yourself being crushed if you don’t hit your brakes in time. It’s cool each level is a different boss too and, once completed, you’ll have a defeated sign above them as well as your best finish time. Not that it matters, I suppose, but I liked that it’s there.

Forward Progressing System — If you’re feeling frustrated because you can’t make it up a specific hill, then you’re experiencing exactly what’s meant to be felt. You need to keep attempting each level over and over, gaining money to upgrade your vehicle in order to eventually make it over the obstacle. The course almost changes being even higher leveled, because you’ll be going faster and jumping farther. This means you’ll need to really focus on how you control the vehicle. While once maybe struggling to get to the next gas can, you may be overshooting it and have to back up to obtain it. Each level is impossible without first upgrading a decent amount, yet you won’t need to be fully upgraded in order to make it to the finish line.

Lacks Story — There are a few questions left unanswered. Are you a paid service that delivers to any hero, or are you actually the sidekick? After delivering the goods, you don’t really see what happens, the level just ends. I would like to see the hero use what you delivered to defeat the monster. Even after beating all of the levels, you’re left at the option of just running through the stages again with no real ending. I think the idea of being the delivery guy to a hero is awesome but I wanted to explore more of this world and how my actions affected it, potentially exposing a story or narrative.

Replayability — Besides getting achievements, there’s really no reason to go back to any of the tracks. There is no end game for collecting money. You’ll likely never upgrade anything past what it needs to complete the level. This leaves a questionable upgrade system. Should upgrades have been more expensive? It feels like an empty void. I doubt anyone would take the time to fully upgrade every vehicle. Even adding achievements for doing so would have added a few hours onto your total playtime. No reason to go back, and no reason to fully upgrade anything.

Sure, it’s a simple physics game that doesn’t have much to offer, but it delivers entertainment and the fact that you’re delivering equipment to help save the world is a great addition. It plays out just like an old school Nintendo game, allowing you to choose what level you want to play. Except you never face the boss, but defeat them by completing the course. I know this won’t be for everyone, in fact, it’s going to be quite annoying to some. It’s short but priced extremely fairly for what it offers. I enjoyed it and if you like achievements, the good news is that they’re very easy and straight forward. It’s great to just throw it on or to complete it one sitting. It’s a great little game with limited content and I’m okay with that.

Hero Express was published and developed by Fantastico Studio on Xbox One. It was released on May 7, 2019, for $4.99. A copy was provided for review purposes. 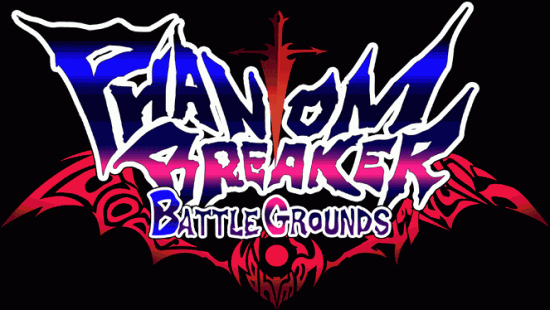