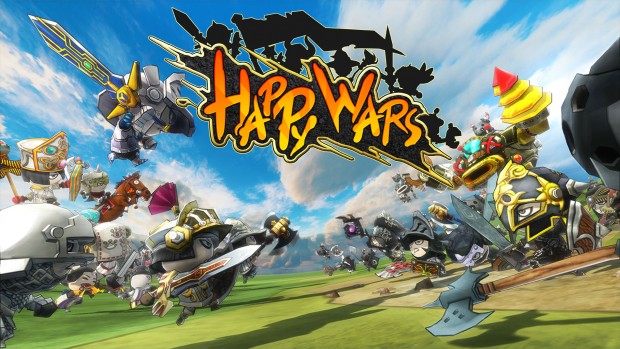 After a false start, Toylogic Inc. has announced Happy Wars is making its way onto Xbox One this Friday, April 24.

Taking advantage of the increased power of the Xbox One are improved textures, lighting and special effects and split-screen play for up to four people on a single television. The current generation port will include all of the twenty-plus updates from the original. Toylogic Inc. is incorporating the sharing of item and rank progression between the Xbox One and 360 versions, however, cross-platform play will not be included.

Happy Wars on Xbox 360 had a timely update this week to include Item Remodeling, a way to transfer buffs between items, and a fix for those with account issues from accessing the mistakenly released Xbox One version two weeks ago. This update will be included in the Xbox One version as well.

Happy Wars involves online skirmishes between two cartoony, fantasy teams of up to 15 players. Players can choose between six classes to play as and customize their characters with gear and rank up through playing. There is also a single-player campaign to test the waters of combat before diving in online. Happy Wars has now been downloaded close to 10 million times since its release in 2012.

Check out the Xbox One launch trailer above and our favorable review of Happy Wars on Xbox 360 here.