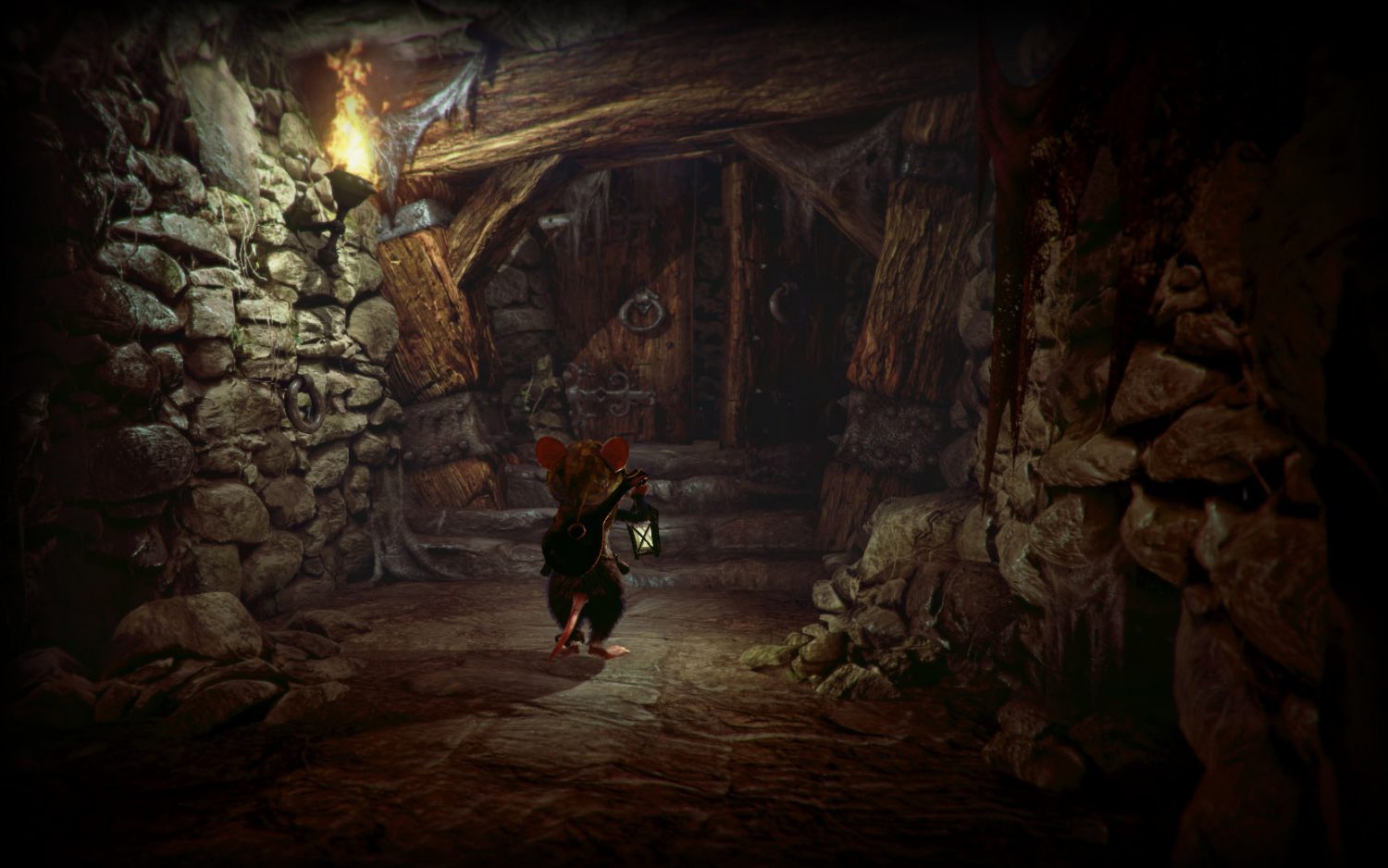 Whilst Ghost of a Tale has no official release date penciled in; I could really imagine settling down to play this as the nights draw in and with cracking fire in the background. Maybe a cup of cocoa keeping you company. There’s a real cozy bedtime story feel to the game, perhaps because it tips its jaunty mouse hat to traditional children’s stories the Wind in the Willows or The Rats of Nimh.

The tale, or tail, in question here, is Tilo, a small mouse minstrel who finds himself thrown in jail. After being released by a mysterious stranger, Tilo must make his way through dungeons, sneaking past dangerous rat guards to escape and find what happened to his wife.

With no weapons or any sort of fighting skills, Tilo must use stealth to stay out of danger. You can stun certain guards using a handful of tools like empty barrels and bottles but the focus is mainly on hiding, and there’s plenty of locations for Tilo to do so. Hiding in chests, cupboards or even buckets of water – well he is a tiny mouse after all. If you do get spotted, Tilo has an adorable scurry ability allowing him to run for a short period. This is tied to a stamina meter, however, so don’t expect any Assassin’s Creed style endless chases. It’s a cute animation but should really be left for emergencies only.

You are given a bit of warning though if you’re about to be seen by a guard and as you progress you’ll earn some skills and special costumes which make you even better at hiding. I mean really, is there anything better than a mouse in a pirate costume! But if you actually want to escape the prison you’ll need a bit more than stealth. Luckily you’ll meet a few friends on the way who may be willing to help…for a price. 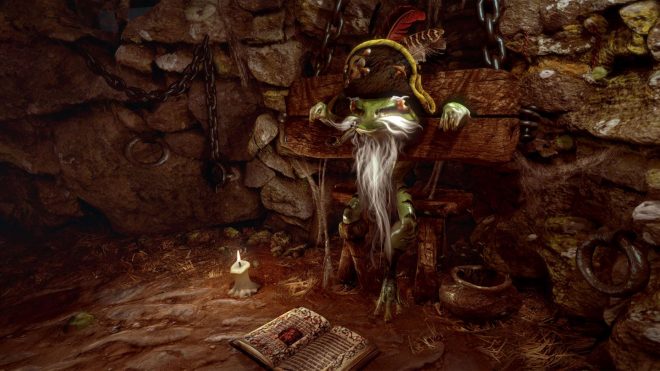 There are 5 NPCs currently in the preview which are all happy to drip feed you snippets of helpful information while handing you long lists of items that you need to find for them. Unfortunately, this boils down to an awful lot of fetch quests some of which see you searching for new items in places where you only just visited.

The game is still essentially a beta, however, with the preview version estimated to be around 60% of the game, according to the game’s website. So expect new quests, NPCs and areas to be added. There’s also likely to be some minor bugs, though I personally only noticed one crash. The start up loading times, however, were extremely lengthy, but once you’re in the game, you can move between areas seamlessly without any further delay. 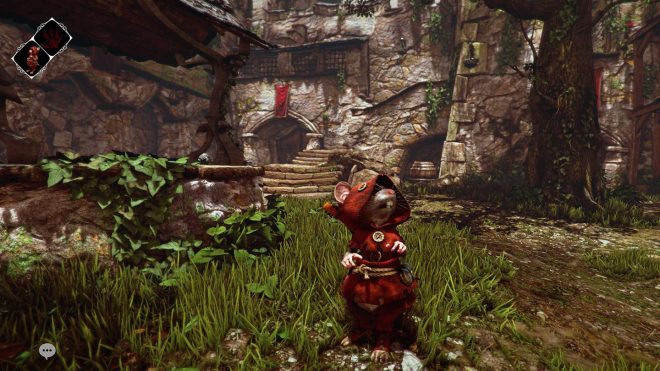 Overall the game is as absolutely stunning. It features a day to night cycle which delivers some fantastic sunsets. The level of detail that’s gone into each character and map is incredible, and I couldn’t stop taking screenshots at every turn. It’s wonderfully animated as we’d expect from the mostly one-man project by Lionel Gallat, a veteran DreamWorks and Universal Studios animator with an old fashioned beauty that’s sadly missing from most current games on the market.

Ghost of a Tale is being developed by SeithCG and is currently available through the Xbox Game Preview Programme for $19.99.

Crimson Alliance: what we know so far

Read More
Crimson Alliance: what we know so far