Get your Minecraft on in Borderlands 2 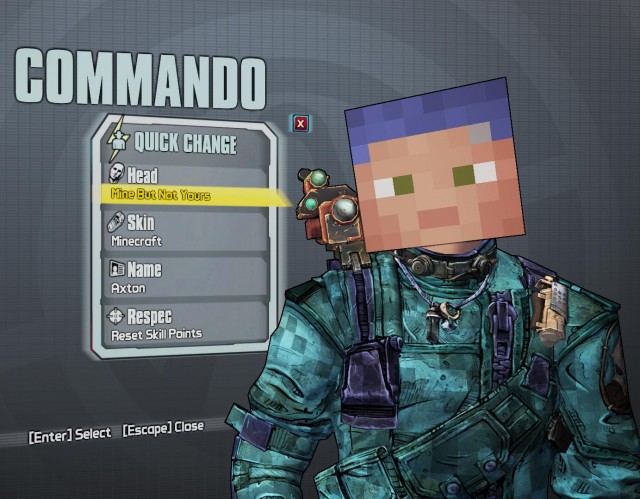 Gearbox Software’s highly-rated shooter-RPG hybrid Borderlands 2, which hit consoles last week after years of anticipation, is chock full of in-jokes, references and Easter eggs for players to uncover. One such Easter egg centers on Minecraft, Mojang Studios‘ immensely popular world-building game, which hit XBLA in May. Want to sneak a peek? Hit the jump for a video (Minor-ish Borderlands 2 spoilers follow):

The hidden area can be found in the Caustic Cavern, which opens up once Sanctuary is relocated. As you can see in the video, upon entering the area the player will be besieged by Creepers, the recognizable enemy from the game (just like in Minecraft, Creepers go kablooey if they get too close, so keep your distance). The encounter will net you the usual loot (cash, ammo, etc.) but also Minecraft-themed skins for your character, including the blocky head of the game’s default character.

Borderlands 2 is on sale at retail outlets now, and Minecraft: Xbox 360 Edition is available on XBLA for 1600 MSP.