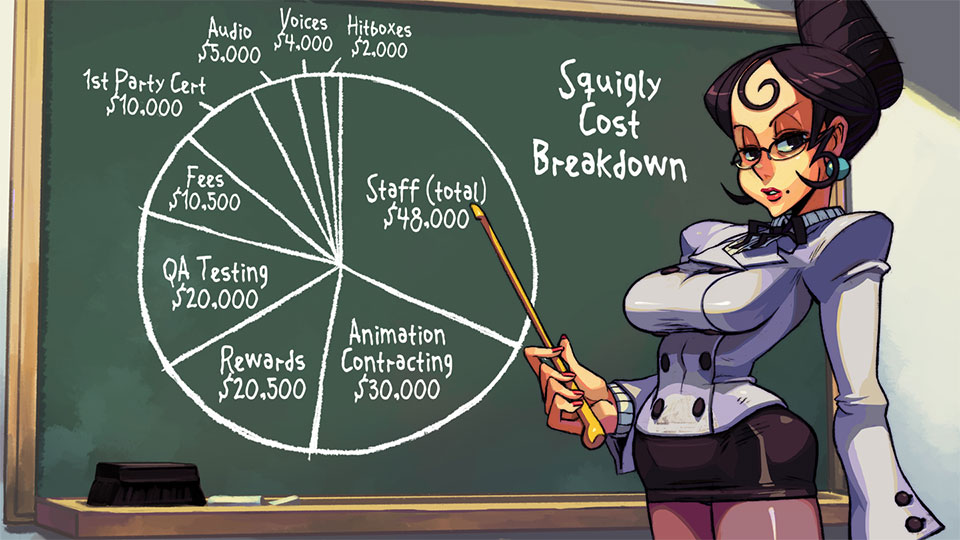 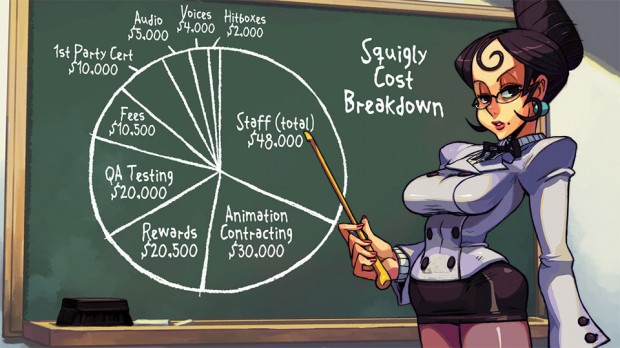 Lab Zero Games is back in the news, this time shooting for a lofty goal of $150,000 in order to bring a new character to all platforms. The new fighter, known as Squigly, was revealed earlier this month and was already partially complete at that point. The goal is to include both the character and an additional stage. Lab Zero’s Peter Bartholow also stated that the character would be free for a limited time should the goal be reached. Those kinds of promises have been made before by small studios, only to be broken for various reasons. Hopefully Lab Zero doesn’t fall into the same trap with such a promise.

But $150,000 is a lot to ask via a crowdsourcing campaign. Sure, Double Fine asked for $400,000 and blew through that with a cool $3.3 million, but there’s a major pedigree there with both Tim Schafer and Ron Gilbert. Bartholow sought to calm the oncoming torches and ptichforks with a breakdown of what developing a character actually costs (see above). “I know that $150k sounds like a ton of money, and it’s only that cheap because we’re taking huge paycuts to try and make it happen at all,” he told Shoryuken. “A full cost breakdown will be provided so that people can see how their money will be spent.”

While Skullgirls has seen success in the digital realm, it has also been no stranger to lofty goals. Previously the developer sought to push a 500 MB patch to through Xbox LIVE, a whopping 8.5 times larger than the biggest retail patch released (58.47 MB). Lab Zero has since told XBLA Fans that the update had been significantly resized, though it declined to go into specifics.