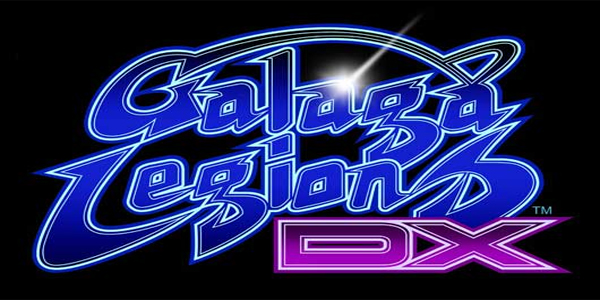 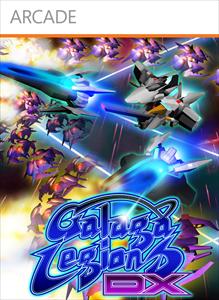 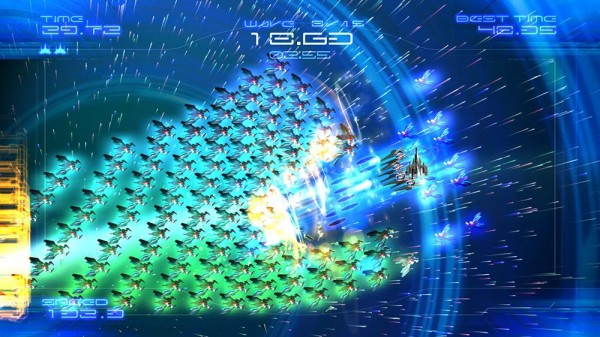 Eye-popping graphics and sound – The title screen may give off the impression that you’ll be getting just a standard retro game but that first impression is pretty much dead wrong. What follows is a cavalcade of explosions caused by your ship and graphics that show every pixel falling off as destroyed ship parts. While they might not be “state of the art” or anything like that, the visuals are fun and fitting to this type of game.

Explosive gameplay and challenge – While shooting ships is a good crux of the gameplay, knowing the precise time to shoot is more fun. All ships come in waves carrying a bomb. Destroy it and it blows up all ships connected to or around it. Sometimes, giant waves of enemies can be defeated in a matter of seconds and you’ll begin to feel like Star Wars’ Emperor Palpatine.

Great music and sound – It was hard to keep track of the music and sound while avoiding enemies, but they do have their charms. The menu has a great catchy theme and during gameplay the music picks up to make most moments more intense. The sounds of all the blasts and explosions sound retro but with modern flair which makes for a great combination. 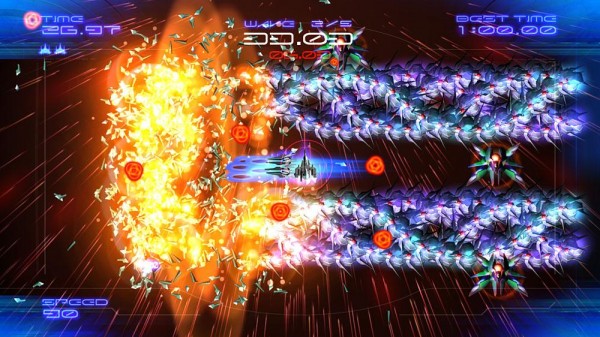 Not enough areas – Nine areas with Time Attack and Championship Mode feel like a great amount of content but something still feels a little lacking. Pac-Man CE DX felt like it had a little more substance with the amount of areas but Galaga Legions DX’s substance is over so quickly you’re left wanting more. As great as it is, it could have used five or more areas with harder difficulty to extend replayability.

No 2-player/multiplayer – Pac-Man didn’t have multiplayer and it makes sense. But we’re lost as to why but Galaga is in the same boat. It would have been so much fun to shoot with others, combine combos and avoid bullets. It could have made the game that much more hectic. It’s okay that multiplayer’s not here, but it really could have added that extra bit that made you drop your hard-earned points on the game. 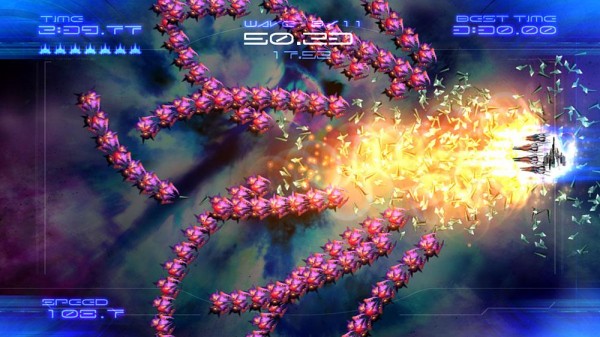 Galaga Legions DX will mostly appeal to a niche market but it’s still a good game in its own right. It might lack the beauty that is Pac-Man CE DX but it has a charm about it that you can’t help but enjoy. It’s worth it at 800 MSP but if you grab it on sale, it’ll literally be something you just can’t pass up.

Namco had a bit of damage control to do with the Galaga franchise after the Summer of Arcade release of Galaga Legions a couple years back. The game was certainly pretty, but there was something not quite right about the gameplay. With the DX version of Galaga Legions, steps were taken in the right direction to make facing thousands of alien hordes much more fun and easier to play. Getting rid of the turret-like placement of your ship’s options and making the controls emulate a twin-stick shooter was the best way to evolve the series. There are still mind-blowing amounts of enemies that will surround and attempt to annihilate your ship (which never has a moment of graphical slowdown), but it’s much more manageable this time around. The inclusion of the time slowing mechanic from Pac Man CE DX–a reimagining of Pac Man created by members of the team that worked on Legions DX–turns hairy situations that would once cause the demise of the ship into exhilarating moments that make you feel like you’ve cheated death. With those two additions along with leaderboards and Time Attack modes, Galaga Legions DX makes a great time-killing purchase at only 800 MSP. 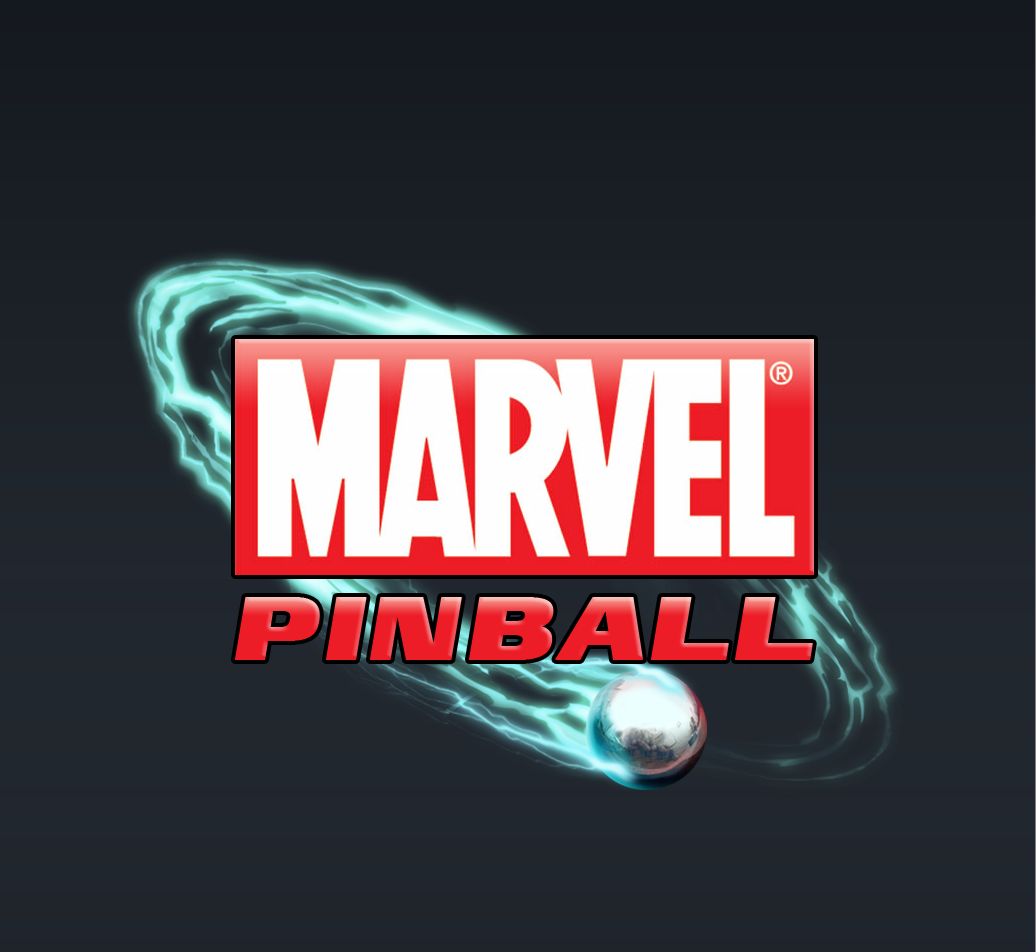 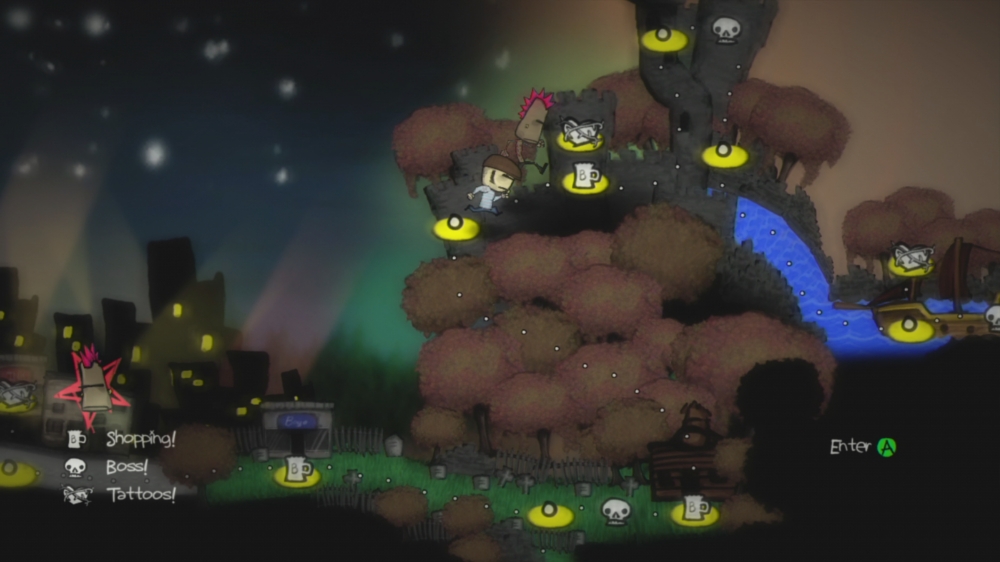