Fulgore confirmed for Killer Instinct for Xbox One 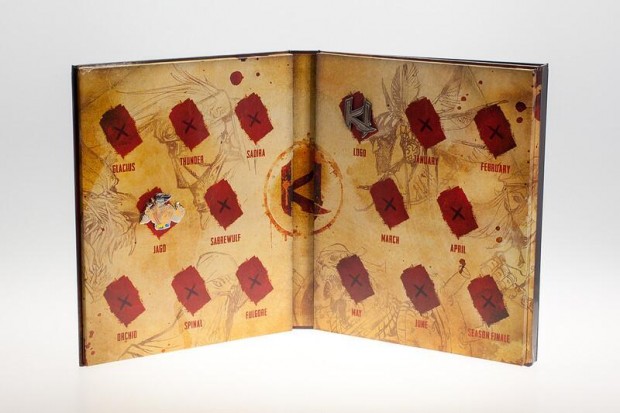 Earlier today, Penny Arcade posted a brief write-up on the Killer Instinct Pin Ultimate Edition for Xbox One, and inadvertently confirmed that Fulgore will be the eighth character for Season One. While Fulgore’s roster appearance may not be a huge surprise for some, given the leaked cover art for the Pin Ultimate Edition back in October, it nicely rounds out Season One’s character count. With Spinal’s recent reveal, Killer Instinct‘s starting roster now includes seven of the original’s 10 fighters.

The Pin Ultimate Edition is a special edition of Killer Instinct (KI), with a foldout display case for a KI pin collection. It comes with two pins already (Jago and the KI logo) and includes spaces for the rest of the roster, as well as the next six months and a mysterious Season Finale. It is anyone’s guess what those six months hold, but if Season Two will complement Season One, it seems reasonable to expect the remaining six of the series veterans: T.J. Combo, Cinder, Riptor, Kim Wu, Maya and Tusk. Or, if there are more than two seasons coming, the veterans might get mixed in with some new blood. Perhaps the finale will throw us a curveball and add Eyedol and Gargos.