The real world can be depressing at times but so too can the world of video games. If you’re looking to take a break from war, zombie outbreaks and bleak post apocalyptic realms then check out our Top 5 cutest characters found on XBLA. In the first of a new weekly feature, we’ve analyzed each XBLA character in turn and selected only those scientifically proven to induce warm fuzzy feelings in your tummy. So without further ado let’s check out this week’s Friday Top Five. 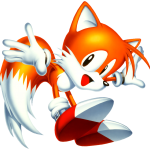 First featured in Sonic the Hedgehog 2, Tails is Sonic’s younger more innocent side kick. Often unjustly cited as one of the most annoying video game characters, he makes our cute list for a number of reasons. With wide-eyed enthusiasm, poor Tails wants to be like his idol and good pal Sonic but just can’t keep up. He dies a lot and often flies in too late to those encounters with Doctor Robotnik to be of any real use, but it’s that eagerness combined with fail that makes him so adorable. You just want to give him a hug and thank him for trying anyway. And gosh darn it isn’t he cute and fluffy, I mean he has two tails and everything! 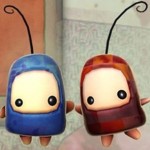 Ilo and Milo are best friends who like to meet daily in the park to share a cup of apple tea. Each night they go home to bed and in the morning they set out on their journey again to re-unite only to find the layout of the park has changed, and this makes them sad. It’s this simplistic lifestyle that get them a spot on our cute list, a refreshing change from going to the park and seeing hobos drinking beer. As for the chums themselves, well Ilo (the red one) and Milo (the blue one) are safkas. We don’t know what safkas are either but we do know they like wearing matching jumpsuits and drinking tea. Twee? Maybe. Cute? Definitely. 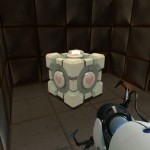 Although the Companion Cube is only used for one level he leaves a lasting memory. Distinguishable from other cubes by a pink love heart on each side he is your companion, your savior and your friend. Your Weighted Companion Cube will never threaten you as he cannot speak and some test subjects have been known to fall in love with their Companion Cube. Try not to get too attached as though he has been a faithful companion he must eventually be euthanized. Like a loveable T-800 he would rather die in a fire than become a burden to you. 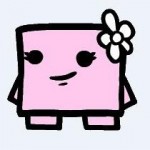 If the internet has taught us anything it’s that putting a face on random pieces of food makes it cute. By his very nature Super Meat Boy should fit that bill. Alas he is upstaged in cuteness by his ever in peril girlfriend, Bandage Girl. Bandage Girl looks a lot like Meat Boy, except she’s pink and wears a flower, presumably to help clear up any confusion we may have had over her gender. And like any good damsel in distress she knows that the way to man’s heart is to be kidnapped time and time again meaning that Meat Boy must man up and save the day. You’d think he’d get annoyed but no he loves Bandage Girl and she loves him…awww. 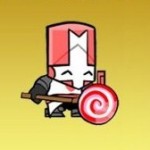 And finally, if you thought Castle Crashers was getting a bit too butch what with the helpful animal orb friends and woodland creatures with nervous bottoms, The Behemoth went and released their cutest character yet. Meet the Pink Knight, definitely male and wielding a lollipop as his default weapon he tops our list with ease. He’s a cheery fellow too preferring to knock down enemies with with a torrent of animal plushies and confounding them with pretty rainbows so that they wave the peace sign before dying. If that’s not cute enough for you then how about the fact he can summon a big pink hamster to pop out the ground to propel his magic jump?