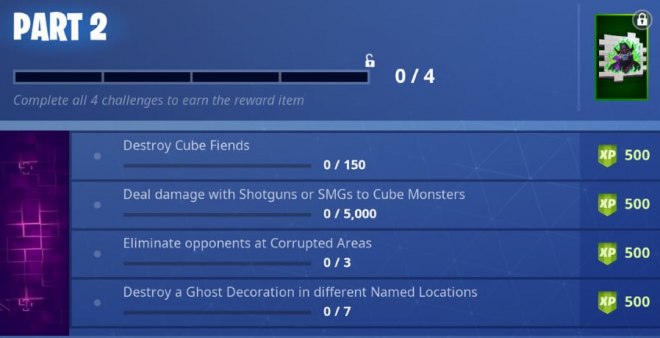 Similar to the challenge presented in Part one of the Fortnitemares challenges, which required you to destroy 200 cube monsters, this challenge asks you to specifically target and destroy 150 Cube Fiends. Of the two types of monsters that assault you, Cube Fiends are the slimmer of the two monsters. Unfortunately, you will need to deal with the Cube Brute’s as well, and they just won’t count for the challenge which will make it seem like the challenge is progressing very slowly. You should be able to accomplish this in no more than three to four games. Here is the specific monster you’re looking to destroy. 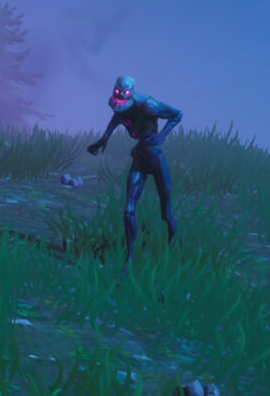 Deal damage with Shotguns or SMGs to Cube Monsters

As with the part one, part two will have you dealing damage to all Cube monsters using two specific weapons. Part two asks you to deal damage with both Shotguns and Submachine Guns to Cube monsters. You’ll need to deal out 5,000 damage. To complete this challenge fast, you’ll want to stick with blue weapons or above. A Rare pump Shotgun or Epic Heavy Shotgun work perfectly in dealing large amounts of damage in short bursts. Any Submachine Gun is good for the job as well, though the Compact P90-looking SMG (or the Tony Horton as some call it) packs the most punch.

If this challenge seems familiar to you, that’s because it’s actually a challenge that was presented in Fortnite Battle Royale’s season six week four challenges, the only difference being in the wording. This recycled challenge requires players to head over to one of the seven different Corrupted Areas on the map and eliminate three players. This challenge is accumulative, so not all three need to be eliminated in one game.

The one thing you’ll definitely want to do is land at a nearby location to grab weapons, ammo, and shields. If you head straight in, an opponent could potentially beat you to a weapon, and it will end badly. Arming yourself at say Retail Row, and then heading into the corrupted area nearby afterward assures that you’re well armed and you may have shields to help you survive a few hits should you succumb to damage. For the final challenge in part two, players are required to head to seven different named locations and destroy a ghost decoration. These decorations can be destroyed by anything, but the challenge MUST be completed in a Fortnitemares playlist. This challenge cannot be done in Disco Domination. This challenge can be completed in one game, but most likely, dealing with the circle it may take two or three games. Ghost decorations can appear on streetlamps, or in ceilings of buildings. Look around, and you should find them quite quickly.

Did you miss Fortnitemares Part one? We have a guide for that! 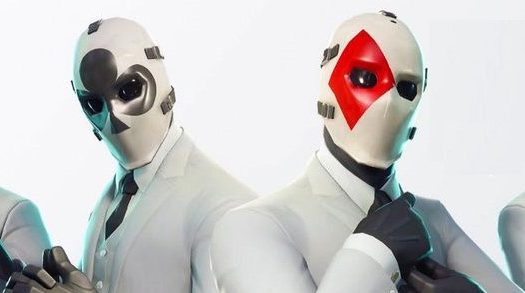 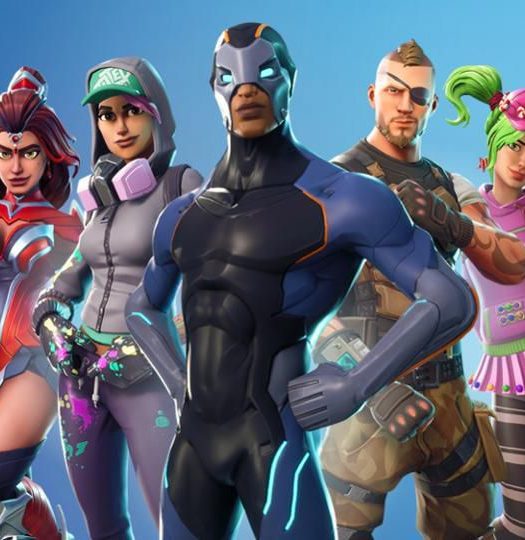 Read More
Fortnite on Switch can cross-play with Xbox One, PC, Mac and Mobile
Top