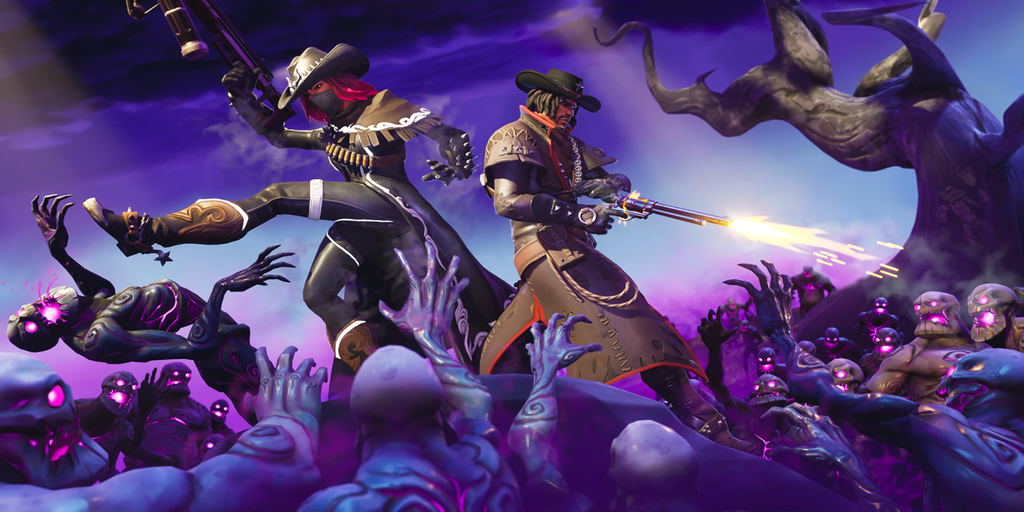 Fortnite Season Six: Where to find the secret Battlestar banner for week six

Fortnite Season Six: Where to find the secret Battlestar banner for week six

With the challenges for week six successfully in the bag, you’ll once again be rewarded with a loading screen. This week will reward players with yet another Battlestar banner. Banners are the little icons that players can use on their emblem. After collecting the banner and completing the match, the new icon can be found in the banner area of the locker. The loading screen this week shows the Calamity character wielding the crossbow and the Deadfire character holding the six-shooter, doing battle against a horde of cube monsters. The entire scene looks pretty epic, but where exactly are these two to be able to identify the location of the banner? Fear not, the location of the scene doesn’t matter. Looking to the far right of the image on the tree, we can see what looks like a robot with a truck for a head with the banner icon right next to him. If somehow you’ve never seen this monument before, you’re going to want to head to the stack of cars just southeast of the trailer park.

Once you arrive at the stack of cars, you’re going to need a few materials. You’ll want to build up to the top of the monument. Once you arrive, the banner icon will appear. Collect the banner which will as always, add progression onto the secret challenge. Now complete the match as normal. Once the match finishes, head back to the lobby and your banner icon will be waiting for you in your locker. Below is a map of the banners exact location. 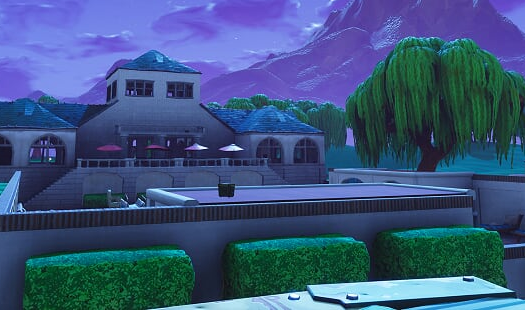