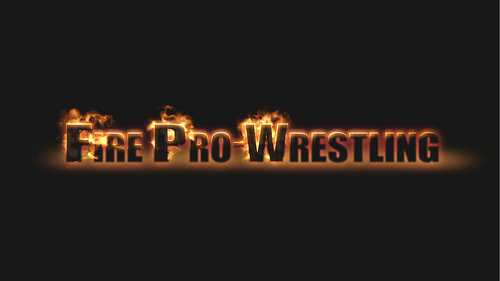 Fire Pro Wrestling was developed by Spike Chunsoft Co. and published by Microsoft. It was released on September 21, 2012 for 800 MSP. A copy was provided for review purposes. 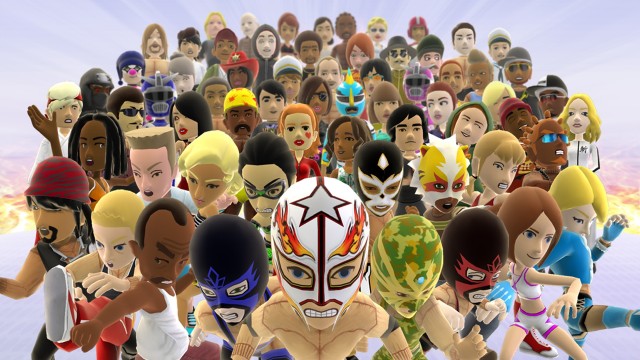 Fire Pro Wrestling is a franchise that dates back to the late 1980s and has been met with a strong fan following. Although only three entries have released in the United States, the series has garnered a large cult following. The franchise gained popularity due to its old school, sprite based graphics and its deep combo and customization systems. The last major entry in the series, 2005’s Fire Pro Wrestling Returns for the PlayStation 2, gained the series a cult following in the West.

Now, the franchise has returned with the long delayed Fire Pro Wrestling, which repackages with a shiny Avatar wrapping; the game hit XBLA earlier this month. How does it hold up? Is it worth your hard earned MSP? Read on. 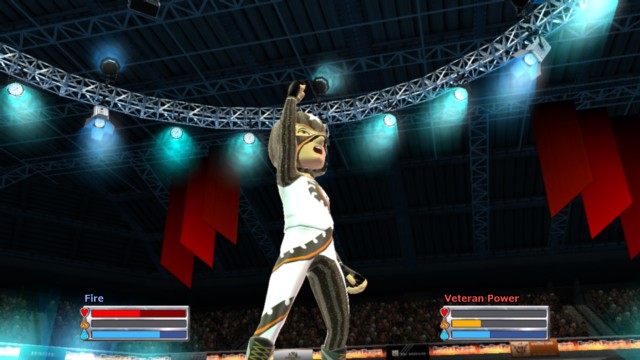 Pick up ‘n’ play – Many sports titles appeal to an audience of hardcore fans, with complicated systems that dive into the complex minutiae of the game in question; mainstream wrestling titles like THQ’s WWE franchise are no different. In contrast, one of Fire Pro Wrestling‘s biggest strengths is that just about anyone can pick it up and play, regardless of whether they’re a seasoned gaming vet or a newcomer (or whether they’re a big time wrestling fan or just interested in dressing their avatar up like a luchador). The controls aren’t overly complicated; Fire Pro Wrestling features some combos, but they’re largely very simplistic (for the most part, you’ll rely on a few set moves, all of which are deployed with single button presses). It’s unabashedly aimed at a more casual audience, which has the added benefit of being the kind of game you can pick up and play for just about any length of time, be it for 10 minutes or two hours. The easy controls also allow relative gaming newbies to go up against a seasoned vet and stay competitive, which is arguably one of the most important aspects of a casual title (and what’s given games like Wii Sports such wide appeal).

Customizapalooza – One thing Fire Pro games are known for are their deep customization options. Though most hosted no real life wrestlers, many entries in the franchise offered custom creation options so deep you could practically create the entire WWE roster on your own. That proud tradition continues in this newest iteration, in a way. As your character progresses through matches (both single-player and online) you earn money to spend on character upgrades, allowing you dozens of options to spruce up your Avatar into the wackiest looking wrestler you can imagine (well, so long as “the wackiest looking wrestler you can imagine” falls more or less in line with “slightly wacky luchador wearing one of those muscly t-shirts”). You can also spend that hard earned cash on new moves for your wrestler (in the sense that you can “purchase” the ability to swap out your A button attack for a headbutt instead of a heavy punch). Sure, the whole thing plays out in a modified version of the Xbox Avatar edit menu, but it’s still a fun distraction despite not coming close to matching the depth of previous entries’ customization options. 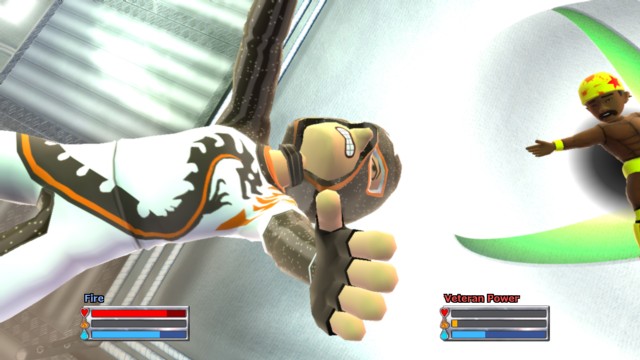 Do you wanna fight my Avatar? – In contrast to the slightly cartoony, sprite-based graphics the series has become known (and beloved) for, the newest entry in the series utilizes Xbox’s ubiquitous Avatars for every aspect of the game, lending it that sanitized, Rare-ified look games like 1 vs. 100 and Kinect Joy Ride are known for. Unfortunately, this lends the game an overall generic feeling; you can never quite dissuade yourself from the notion that you’re playing some overstuffed Kinect Sports minigame. This serves to rob Fire Pro Wrestling of much of the unique charm the series has become known for among fans (again, the character customization screen is literally a very specific reskin of the Xbox’s Avatar dress up mode); one wonders why this approach was favorable to one more in line with the series to date, especially when the result is a title that’s largely indistinguishable from the bevy of retail and XBLA titles that utilize Avatars for gameplay. Between this and the largely simplistic gameplay style, it’s difficult to imagine Fire Pro Wrestling standing out as a must buy in an already crowded XBLA Marketplace, especially in a year that’s seen so many heavy hitters hit the virtual stands.

Keepin’ it casual – Many of Fire Pro‘s big changes (Avatar-ization, simplified gameplay) seem to stem from an overall desire to widen the game’s appeal to the broadest possible audience, specifically aiming for that oft sought “casual” gaming audience. That casual approach does, indeed, make the game easy for anyone to pick up and play, but in the end, that approach works to Fire Pro‘s detriment. Fire Pro Wrestling doesn’t have much in the way of depth; even some of the most challenging matches in the game largely play out the same way as the easiest ones, it’s just a matter of how long it lasts (repetition is the name of the game here). It’s difficult to consider Fire Pro Wrestling and not wonder how much these changes alienate the existing fanbase, or gamers who want to dive into a deeper wrestling experience without shelling several times the price for WWE ’13. This isn’t to say there’s no room on the marketplace for a casual wrestling experience. There is real value in a solid casual game, its just a question of why that took on the guise of Fire Pro Wrestling, a series known for gameplay based on complex strategy and precise timing. Call the game Super Avatar Wrestling, there’s no problem; dubbing the title Fire Pro Wrestling attaches to it certain expectations—especially with a game that’s been delayed as long as this one—and in that respect this newest entry fails to deliver. 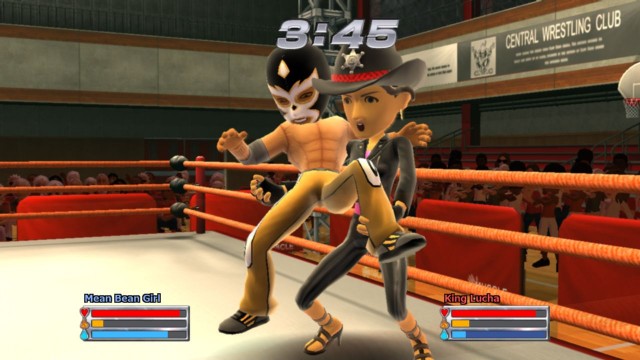 Is Fire Pro Wrestling worth your cold, hard cash (that’s been converted to MSP)? That depends largely on what you’re looking to get out of the title. As noted above, the gameplay is solid if simplistic and it is a fun game to play, especially if you’re looking for something that you can play for brief periods here and there or with a friend or family member who isn’t a big gamer. On the other side of the coin, the heavy casualization serves to strip away much of what made the Fire Pro series so appealing to its cult following, instead becoming something that arguably bears little resemblance to its predecessors, and not in a good way. If you’re looking for a fun distraction, odds are Fire Pro Wrestling will be right up your alley; if you’re looking for your next fix because you’ve worn out your copy of Fire Pro Wrestling Returns, odds are you’ll find this one lacking. In this case, it’s best to try before you buy.