Dying after thinking you’re going to live is a recurring theme in Fenix Rage, which brings us around to the Super Meat Boy comparisons. You won’t find any of them here, because I haven’t played Team Meat’s platformer. But if you’re thinking that this might be another brutally challenging 2D platformer that will inspire you to channel your rage over dying into better performances, then you’ve got the idea.

Fenix Rage is filled with enemies and obstructions that at first appear to be relative child’s play, and taken by themselves they no doubt would be. But collectively assembled and arranged as they are, the game’s baddies and hazards go from “minorly inconvenient hindrances” to “gauntlet of certain doom.” The basic enemy type is nothing more than a stationary cube with googley eyes pasted on, but others swing rapidly back and forth on patrol or infinitely loop along predetermined paths by beaming through portals. Touch them just once and you’ll be instantly transported back to the beginning of the level.

Like the enemies, Fenix also has to move through a series of portals in some stages, and thinking you’ll know what will happen when you move him through one is usually ill-advised. You have to know, not think you know, where you’re going and what you’ll find there at all times. The deeper you are in the game, the more often you’ll end up dead if you leap before you look. Flying out of a portal and landing directly on an enemy is a mistake players will experience time and again. That’s because figuring out what you’re leaping or dashing into usually means having gone there and died once or twice (or maybe more like 30 times) before. More skilled and patient gamers — the type who relishes the challenge of games like Super Meat Boy — will use this knowledge to complete speed runs, no doubt collecting cookies and reaching end goals with the their in-game timers displaying far quicker completion times than mine. They will race the clock and win, each time getting a little faster and loving every second of it. 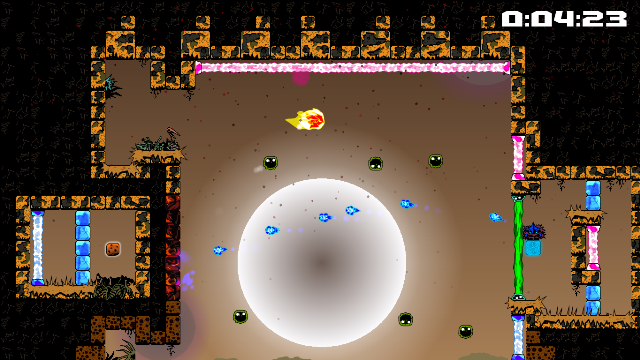 Fenix Rage, then, is a game for people who excel at gaming. It’s going to be showered with praise from those whose instinctive first action in games is to go into the Options menu and move the difficulty up to “Hard.” They’ll post speed runs on YouTube. They’ll stream seemingly impossible feats of game mastery on Twitch. They’ll love it, and so will their audiences.

What comes as more of a surprise, is that they are unlikely to be alone. In going so far as to write “U FAIL” in ice blocks at the beginning of one level, Green Lava proved that it’s more adroit at predicting the future than I am. A game that’s punishing by design doesn’t sound like one I’d keep going back to, but despite my unwavering dedication to dying while playing it, Fenix Rage has so far proven an addicting experience. Death inspires replay, not rage, even if you’re the contoller-throwing type.

Fenix Rage was previewed on Steam using an Xbox 360 controller. A preview code was provided by Reverb Triple XP. The Xbox One version of the game is currently scheduled to release sometime in early 2015. 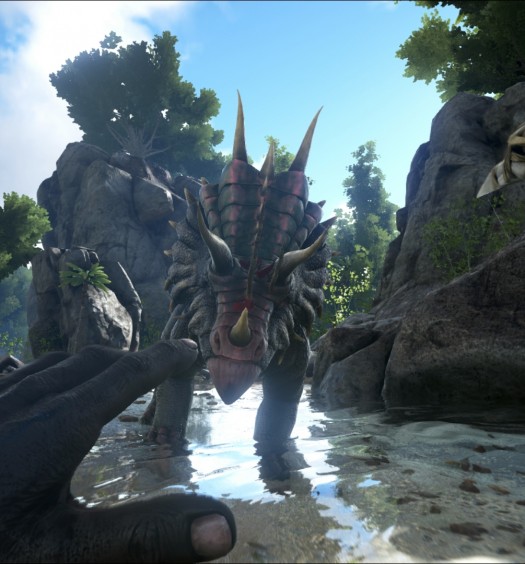