Okay, this is odd… I’m some sort of deformed wolf cub in the middle of a polygonal forest, and I have absolutely no clue what’s going on in regards to who I am or how I got here or even what I’m meant to be doing. Guess I just have to roll with it and start exploring? It’s kind of pretty and… oh look, a deer! Well, a deer-like creature. I’m going to follow it! Wait, now we’re singing together and trying to harmonize. Uh… I’m riding it now, so I suppose that’s progress. This is one of those weird games, isn’t it?

Your main goal in Fe is, essentially, to gain the trust of a fantastical animal kingdom by singing to them. Yes, this is an artsy game with a not-so-hidden deeper meaning. It’s also a 3D platforming open-world Metroidvania, so the only thing weirder than the concept is that while it’s surprisingly well-integrated into familiar gaming genres, it also ends up turning into something uniquely captivating. 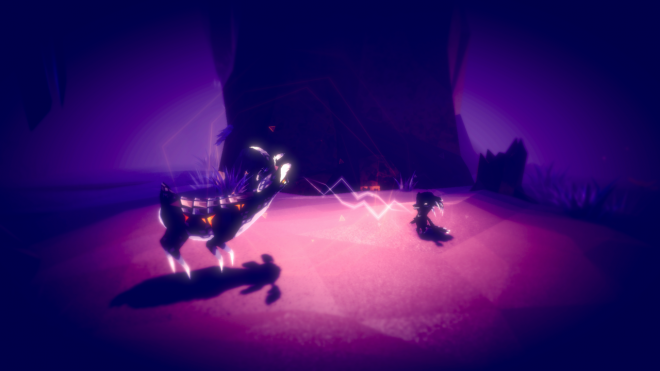 Getting lost – The world of Fe is strangely breathtaking. Its jagged polygonal landscapes may not evoke beauty on their own, but they’re brought to life with creatively designed animals, dense plant life and great use of oversaturated colors. Getting up on a high perch and looking out at everything is a sight to behold – and it’s precisely why this world is so fun to explore. While there is a linear path of tasks to complete, it’s just as much fun to play tourist and explore the rest of world. The core platforming mechanics are standard fare; nothing new, but solid and fun to use. The game’s main collectible can only be found off the beaten path, and getting enough of these pink gems unlocks new abilities. They’re well worth getting, as the world really opens up once you know how to climb trees and glide. If there’s ever a point you feel like you should get back to the task at hand, you can call a helpful bird to show you where to go.

Making friends – While what you’re meant to be doing is never explicitly stated, through natural discovery your goal eventually becomes clear. Essentially, you’re saving the creatures of the forest from some evil force trying to destroy them. But in order to help out, you have to learn to communicate. The game’s big unique feature is singing, controlled by how much pressure you put on the right trigger. Sing at the right volume with an animal, and they’ll help you out. It’s a simple but cool mechanic, mostly because of how it lets you interact with the world. At first you can only befriend young animals, who’ll follow you around and use their songs to help you progress. Eventually you’ll learn each animal’s unique song, gaining the trust of the more powerful adults. In true Metroidvania fashion, each song also interacts with certain plant life to make new areas accessible.

Stroll through the woods – Fe can feel a bit too game-y at times, following a rinse-and-repeat formula of traipsing along with an animal to a new area, helping its species by doing some action 3-4 times, then learning their song. Thankfully the game overcomes its lackluster structure by spicing each area up with unique gameplay ideas, platforming sections of incredible scale and an increasingly complex level design to accommodate your ever-expanding move set. There’s no timers or combat, and the stealth and puzzle sections that exist are pretty simple, but it remains engaging despite the lack of challenge. There’s plenty to do and see, and the world is begging to be explored, making things feel more like a mellow walk than a sprint to save the world. 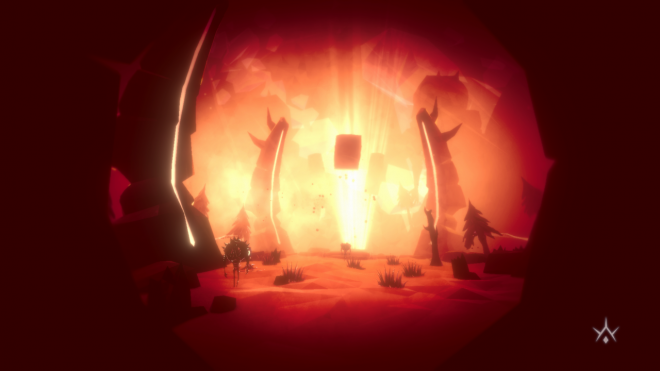 Untamed wilderness – Unsurprisingly, this big open world is a bit unwieldy. There’s some collision issues, especially when gliding. Hitting an object will either cause you to awkwardly scrape off of it or glitch into it and get stuck. In fact, getting stuck in or behind uneven geometry is a somewhat frequent occurrence – the game wanted to present nature in all its rocky glory but obviously failed to test all the ways those rocks could become traps. You have the ability to climb up ledges, but for some reason it doesn’t always work on small ones you should be able to grab with ease. Once I fell down a bottomless pit only to find out it wasn’t bottomless, and I got stuck between two rock walls way below the play area. The AI can be uncooperative – once I watched as the animals I needed help from ran directly into danger and died. The game saves constantly, which can be either a blessing or a curse depending on where you were two seconds ago.

Louder than words – Everything about Fe is built on ideas of the nonverbal communication of nature. It does a good job at utilizing audio and visual cues to give information to the player, but it occasionally undermines itself with its tutorials. Sometimes they makes sense – showing button prompts for new abilities is helpful and unobtrusive, especially because some skills might be hard to figure out on your own. On the other hand, overlaying a sentence on the screen and giving loading screen tips really ruins the tone the game is trying to set up. Granted, there were a couple of moments that weren’t telegraphed well enough, like how you deal with a new enemy later in the game. For the most part the game lacks explicit directions, which can feel a bit obtuse (especially in the opening section). The sense of discovery the game aims to create in its level design and world building is admirable, but it doesn’t always gel the way it should. 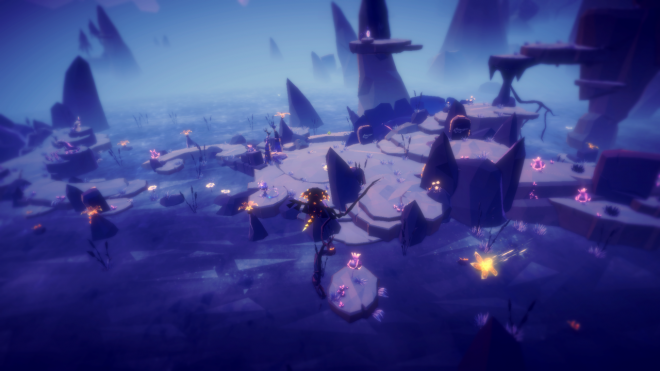 I’ve finished Fe and still don’t know what it was about. I understand the major events and structure of the story, but there’s so much about the why that I’ll never understand. Maybe that was the point, maybe not. I think the game succeeded in getting its point across regardless, as it made me care about its world and inhabitants. While the game could definitely use some polish and re-working, by and large it was a calming, enjoyable experience.

Fe was developed by Zoink and published by Electronic Arts. It was released February 16, 2018 for $19.99. A copy was provided for review purposes.