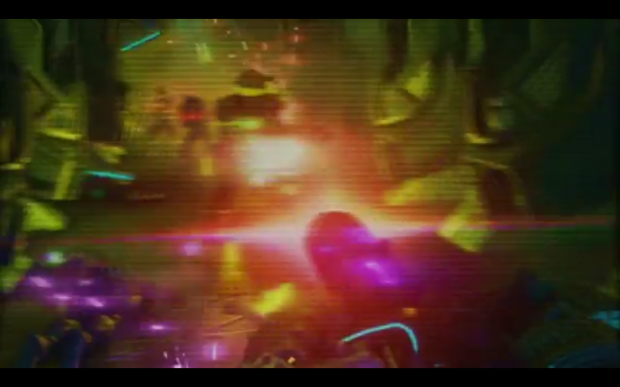 The website comes across as more of a prank than anything else, but may hold the first synopsis of the story for Blood Dragon.

The year is 2007. It is the future. Earth has been ravaged by a nuclear war and new paths for peace must be found. A U.S. cyborg army may have found a solution: a powerful bioweapon on a distant island. A Mark IV Cyber Commando, Sergeant Rex Power Colt has been sent over to gather information and figure out what the hell is going on.

Keep an eye out on the right side of the page for some rad electronic tracks that are hopefully part of the game’s soundtrack, as well as an entertaining interview with “director,” Alexis Graveyard. Granted, it’s April Fools’ Day and all of this could just be an elaborate hoax. But the previously leaked materials along with this achievement list suggests there will be more info on Far Cry 3: Blood Dragon soon.