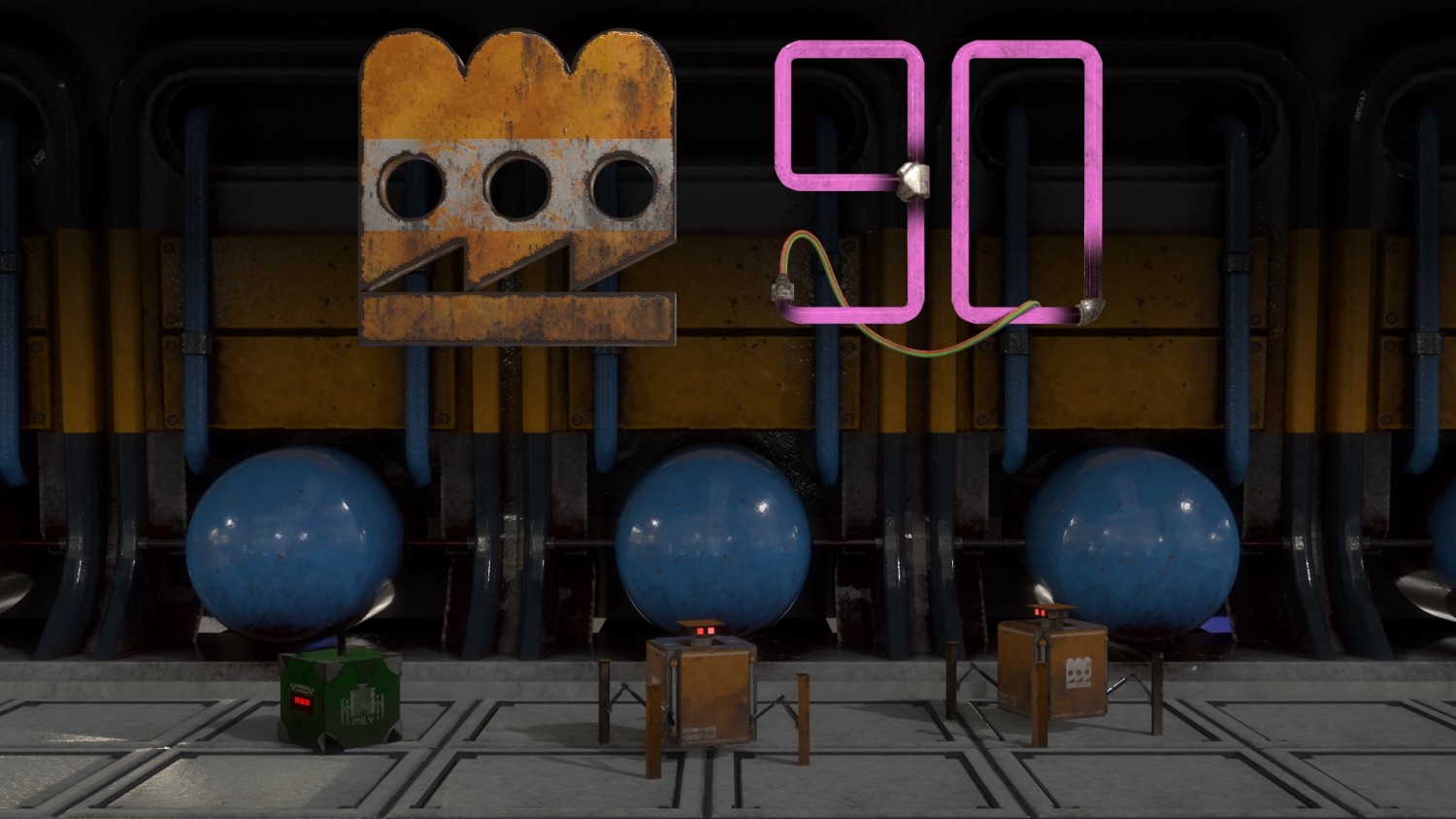 In the midst of deep space, an unknown object collides with your ship, and the main power goes offline. You must control two walker robots — each on their own half of the screen — through the entire ship to reactivate power before all the oxygen runs out. As you progress, an unknown shipmate on the other end of the terminal gathers data to learn more about the object that collided with the ship and provides insight into the different functions of the walkers.

Factotum 90, a dual-screen puzzle adventure, encompasses all the elements of a classic puzzler: repetition, gradually increasing difficulty, new functions added every few levels and a minor sub-plot that doesn’t really matter. Originally released on the Wii U as Factotum back in August 2015, Factotum 90 touts higher resolution, more colors, a new soundtrack and new special effects. 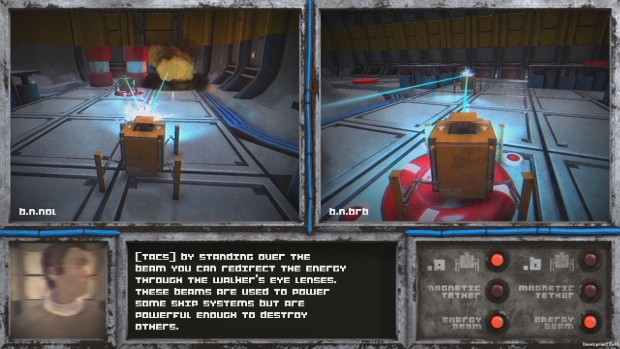 Puzzle diversity — The level length is all over the place here, with some being fairly quick while others get a bit lengthy, and each level gets progressively more difficult, slowly introducing new abilities and challenges that create a multitude of obstacles to overcome. Some of these challenges include: destroying objects by reflecting laser beams, pressing big red buttons, placing timed explosives and maneuvering a virtual clone. By combining several of these different challenges, later levels test the limits of your puzzle-solving abilities.

Controls — The controls come naturally and seem to have been designed with the knowledge of what would have been most complained about. By holding the right trigger, the robots move quickly; by holding the left trigger, they creep slowly to give better control when nearing edges or other obstacles. Switching between robots is a smooth transition and using their magnetic tethers is dummy-proof.

Robot reset — On some of the more challenging levels, either by mishap or design, it is easy to get one of the robots stuck in an area with no escape. Traditionally, you would need to restart the whole level and try to get it right; however, in Factotum 90 you are able to reset each robot individually without resetting your progress made in the level or with the other robot. This allows for more flexibility when attempting to complete a level or collect the hidden data fragments. 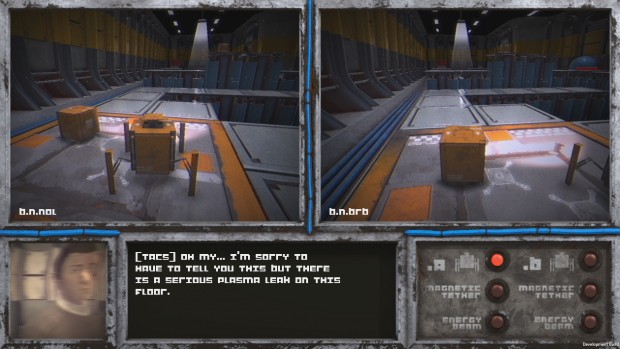 Number of levels — This game is incredibly enjoyable; the only thing it needs is more levels. As mentioned above, some of the levels are fairly quick: when I first sat down to play I finished half of the 30 levels in under an hour. If more levels, different difficulties or more hidden collectibles were present to lengthen the experience, this would be a near-perfect puzzle game. 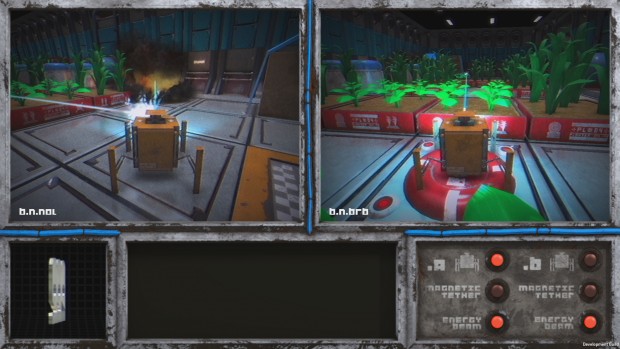 Factotum 90 is one of the most enjoyable puzzle games I have played on a console, which should be evident by the fact that my only complaint is wanting more of this game. If additional content or a sequel is developed, I’ll be first in the virtual line to play. Especially since it was all developed by only one man, Factotum 90‘s controls, challenges and visuals are absolutely stunning. Whether or not you are already a fan of puzzle games, this one is worth your time.

Factotum 90 was developed and published by TACS Games. It was released on February 10, 2016 for $5.99. A copy was provided by TACS Games for review purposes.